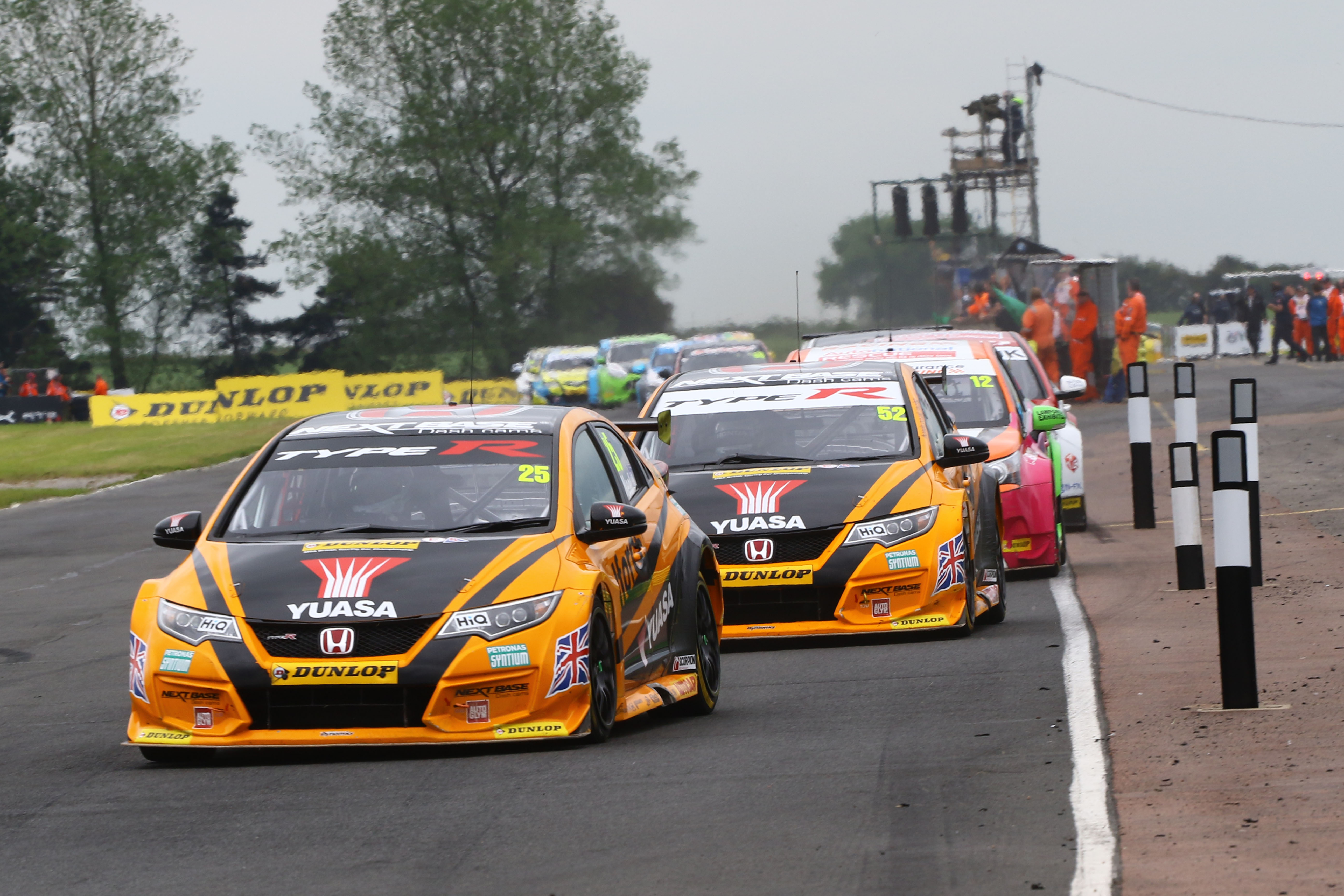 Halfords Yuasa Racing pairing Matt Neal and Gordon Shedden are both revved-up and ready to go for the resumption of action in the 2016 Dunlop MSA British Touring Car Championship at Snetterton next weekend (30/31 July).

The BTCC brigade will return to the track in Norfolk following a six-week mid-summer hiatus, with Neal and Shedden sitting respectively third and ninth in the chase for the coveted crown having conceded ground following a tough time of things at Croft just before the break.

Both men, however, are multiple winners at Snetterton and so know what it takes to reach the top step of the rostrum there. In what is turning out to be one of the closest, most competitive and most unpredictable campaigns in the BTCC’s long and illustrious history, the Halfords Yuasa Racing team-mates are eager indeed to keep the pressure up – albeit cautious about their prospects around such a power-dependent lap.

“Snetterton is a circuit I really enjoy and a proper challenge – it might be a fair way for us to travel, but it’s well worth the trip and I’m very much looking forward to it. The Honda engine is excellent, but due to the equivalency regulations, we’re really struggling at the moment for straight-line speed – and you need a lot of that at Snetterton! With that in mind, we’re prepared for the fact that it could be a difficult weekend for us, so we’ll need to really maximise the Civic Type R’s mega chassis in the braking zones and through the fast corners – that’s where this car truly comes into its own. It’s always good to go racing again after a long break, especially when you’re in the thick of such an absorbing title fight – so bring it on!”

“In some respects, the start of the second half of the season is almost like beginning afresh and I’m definitely ready to get stuck in again! Snetterton has historically been a power circuit and we are suffering in a straight line at the moment, so we make no bones about the fact that we expect a rough ride. That said, we’ve done plenty of work over the break, leaving no stone unturned to make sure we deliver to the best of our potential and I’m hopeful we’ve made some improvements. The biggest positive for me is that I’m going into the weekend with the least ballast I’ve had in the car for a long time – so I really have to make that count in qualifying and race one. I need to put some big points on the board this weekend to try and haul myself back into championship contention.”