HONDA ON THE HUNT FOR SILVERSTONE SILVERWARE 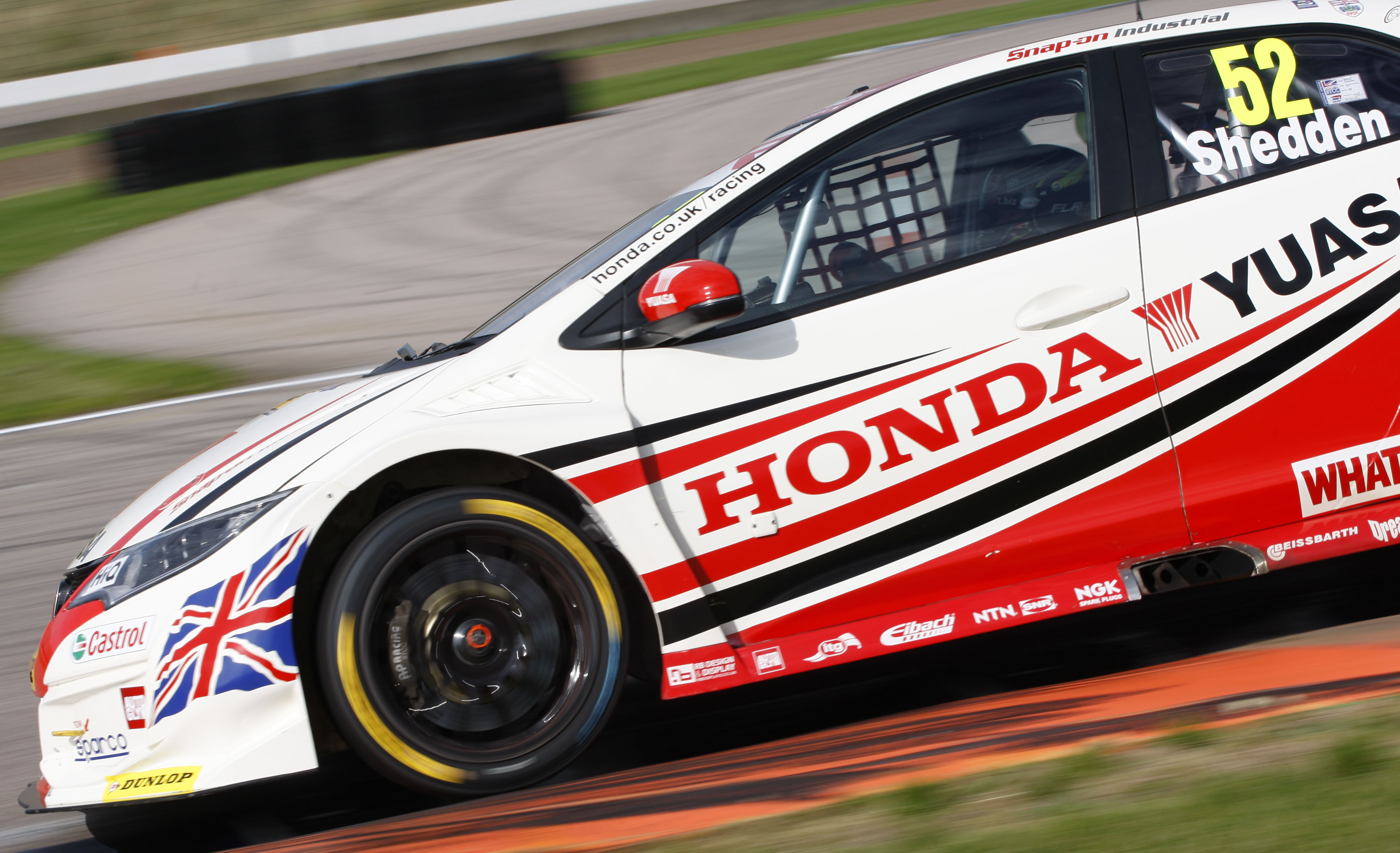 As the 2015 Dunlop MSA British Touring Car Championship speeds towards an exhilarating conclusion, Honda Yuasa Racing duo Gordon Shedden and Matt Neal are right in the thick of the title tussle – and targeting a strong points haul at the celebrated ‘Home of British Motorsport’ next weekend (26/27 September).

Silverstone is one of the undisputed highlights on the annual BTCC calendar, and the thrill-a-minute tin-top brigade will arrive there this year with the leading quartet blanketed by just 33 points. Shedden is atop the table following a superb performance at Rockingham two weeks ago, with Neal strongly-placed close behind in third – and as the tension mounts, the penultimate outing of the campaign bears all the hallmarks of a classic.

Both men know what it takes to win around the high-speed Northants circuit; Neal, indeed, made his BTCC bow there all the way back in 1991, meaning he will be celebrating his 25th anniversary in the series next weekend. He and Shedden make it clear that they and the formidable Honda Civic Type R are ready to come out fighting when the doorhandle-to-doorhandle action resumes.

“It’s been a bit of a turnaround since Snetterton last month, when we really looked to be up against it – but we’ve worked hard, got our heads down and here we are now leading the championship again. Silverstone hasn’t traditionally been our happiest hunting-ground, but with the regulations this year we have a bit more power from the engine than before so hopefully we can have a more competitive weekend. It will be pretty tricky for me in qualifying and race one with 75kg of ballast on-board, but I can promise we’ll be giving it our absolute best shot. Silverstone’s National Circuit invariably generates exciting racing thanks to its compact, quick-fire nature – and at this time of year, you never quite know what the weather will do either! There’s guaranteed to be something going on wherever you look. The aim has to be to leave still at the top of the drivers’ standings – hopefully having extended our advantage. The battle has ebbed and flowed all season, and one thing is for sure – it’s going right the way down to the wire!”

“As the ‘Home of British Motorsport’, it’s always special to go to Silverstone and I have a lot of memories there – it’s not only where I made my BTCC debut, but also where I had my biggest shunt in 1994 and won my second title in 2006. We’ve got a spring in our step after Rockingham, but we’re mindful that Silverstone has historically been a tough weekend for us. Now we have the Type R, we’re in much better shape in the power department, but both ‘Flash’ and I will be carrying a lot of weight into qualifying so we still expect it to be pretty hard-going. Around such a short lap where the times are so tight, ballast will play a sizeable role and any one of us could easily find ourselves outside of the top 20. The championship battle is narrowing down now, but all of the drivers involved have won it before and are used to the high-pressure situation. We’ve just got to concentrate on ourselves and the target is to get through the weekend with a reasonable clutch of points so we can go to Brands Hatch in with a proper shout.”