HONDA RETURNS TO WINNING WAYS WITH PODIUMS APLENTY AT SNETTERTON 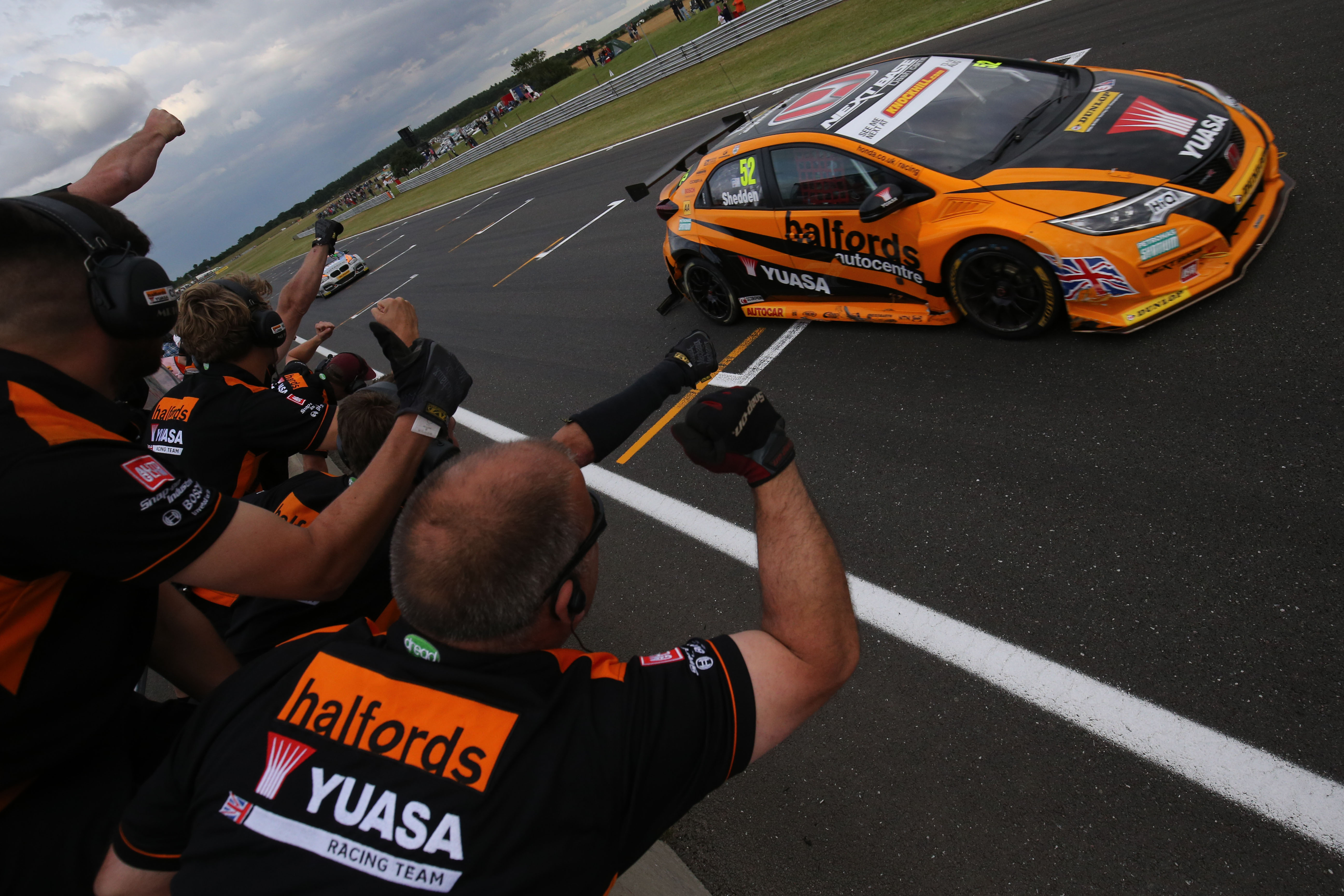 Following a six-week mid-summer break, Halfords Yuasa Racing was back in action in the Dunlop MSA British Touring Car Championship (BTCC) at Snetterton this weekend (30/31 July), with Matt Neal and Gordon Shedden retaining their composure on a dramatic day of racing to tally a trio of podiums and keep themselves firmly in the title fight.

Taking full advantage of carrying less success ballast aboard his Honda Civic Type R than has been the case for quite some time, defending champion Shedden laid down an immediate marker in qualifying by scorching to his first BTCC pole position in more than three years.

The Scot converted that into the runner-up spoils in the opener after gamely fending off Colin Turkington’s Subaru for two-thirds of the race, but he found himself used as a pinball by rivals in race two as he was shuffled back to tenth at the chequered flag. Undeterred, Shedden bounced back in style in the finale to storm through the field and snatch the lead on the very last lap following a robust and entertaining scrap with Rob Collard.

With significantly more weight in his car, Halfords Yuasa Racing stablemate Neal qualified ninth and after finishing eighth in race one, he scythed through the pack in the second outing to clinch a podium position in third – although he, too, had to fend off a feisty Collard to make sure of the result, with the pair running side-by-side through a succession of corners as the Honda man boldly stood his ground and grittily clung on to secure his sixth rostrum of the season.

The three-time champion added to that with tenth spot in race three to consolidate third place in the Drivers’ standings – inching to within just six points adrift of the lead – with Shedden vaulting from ninth up to fourth, right in his team-mate’s slipstream. Honda slashed its deficit to the top of the Manufacturers’ table from 53 points to 34, with Halfords Yuasa Racing similarly closing from 52 points adrift of the summit in the Teams’ classification to only 29 adrift.

Gordon Shedden:
“First of all, I was glad to see everyone walk away from the massive accident at the start of race three. For me, obviously, that was a fantastic win. Three laps from the end, I began to think I might be able to catch Collard and my car just came alive. With two laps to go, I felt sure I could have a go and that a win might be on the cards and then it all happened on the last lap, when it was bumper-to-bumper until we reached the chequered flag. It was fair racing, and I hope we gave the crowds a thrilling end to the day. I couldn’t be happier. It has put me back in contention in fourth in the championship and I will be heading to my home event at Knockhill in two weeks’ time on a real high!”

Matt Neal:
“Like ‘Flash’, I was very relieved that everybody was able to walk away from what looked like a particularly nasty shunt at the beginning of race three. For us, it was a pretty fraught weekend with everything going on around us on the track, but I am pleased with the performance of the whole team today. I had success ballast to contend with and struggled for straight-line speed, but I managed to pull out a podium and two top ten finishes to score some really vital points. It was fantastic to see ‘Flash’ take a win, and we are definitely back in the hunt and looking forward to Knockhill!”