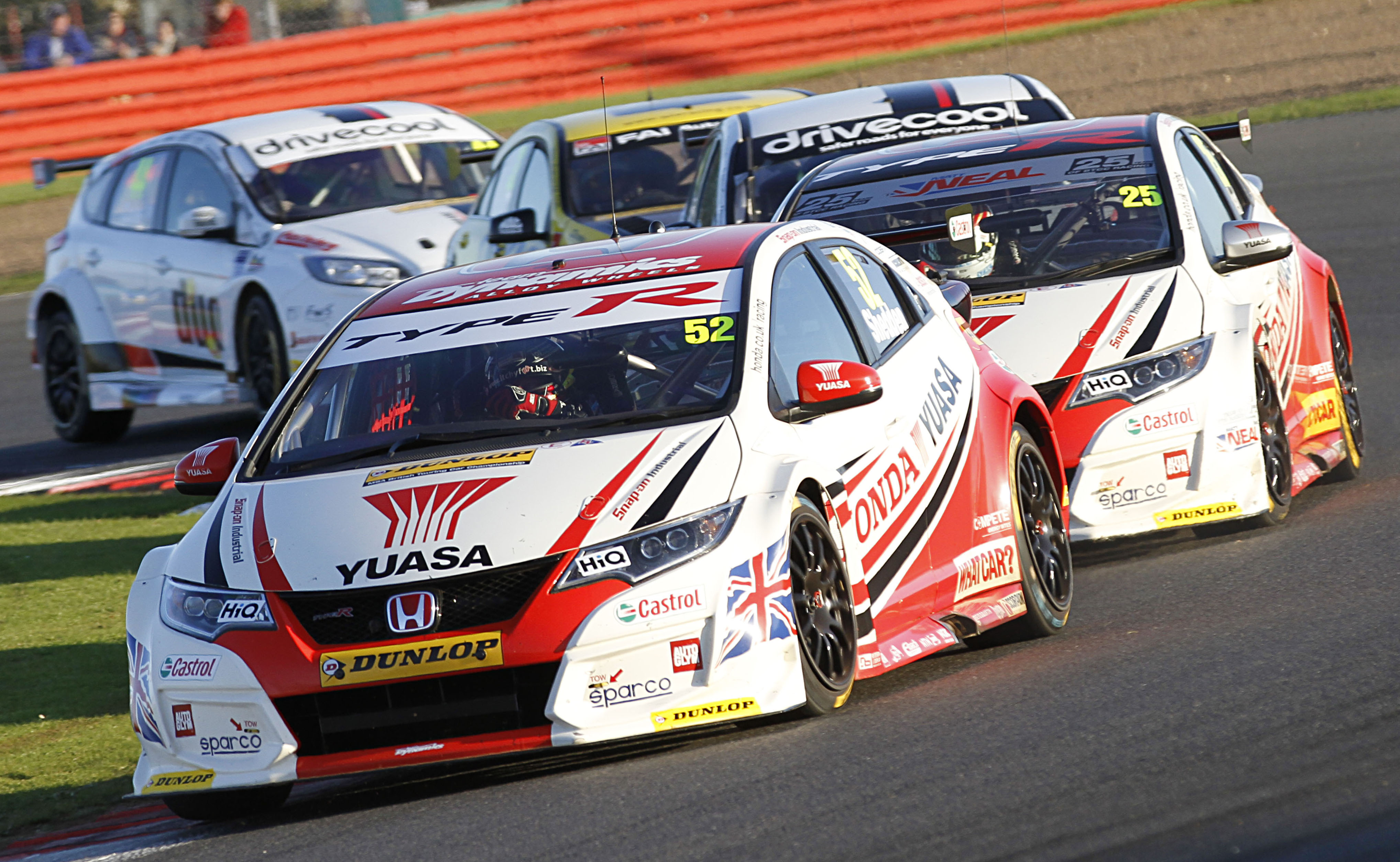 Honda Yuasa Racing heads into the 2015 Dunlop MSA British Touring Car Championship season finale at Brands Hatch legendary GP Circuit next weekend (10/11 October) with title glory in its sights in both the drivers’ and manufacturers’ contests.

Following a strong performance in the penultimate outing at Silverstone, Gordon Shedden will travel to Brands Hatch – home to the British Grand Prix on 12 occasions between 1964 and 1986 – holding a 23-point lead in the drivers’ table, with team-mate Matt Neal similarly in contention for the coveted crown not far behind in fourth. Honda, meanwhile, is in pole position to lift the manufacturers’ laurels for the fifth time.

Both men are in bullish mood ahead of the eagerly-anticipated showdown, and optimistic that the sensational Civic Type R will be a force to be reckoned with around the challenging Kent venue.

“I’m feeling good. Silverstone was always going to be a little bit of an unknown for us given how the previous three years had gone there – but our results proved just how good this Civic Type R truly is. I think we exceeded even our own expectations. Now we go to Brands Hatch GP, and there really is no better place to end the season. It’s a great circuit – old-school and a proper drivers’ track, and everybody loves racing there. I’m confident our Civic Type R will be awesome again and I’m not feeling any pressure – just excitement. I feel comfortable inside the team and at one with the car. I can draw upon our experience from the last few years, I’m relaxed and I’m in a happy place. I’m sure the complexion of the championship will twist and turn quite a bit over the course of the weekend – as it always tends to do – but I’ll just approach it the same way I have all season. That’s worked pretty well so far, so I don’t see any reason to change now.”

“With the season heading right down to the wire in terms of the manufacturers’ and drivers’ titles, there are two key focuses for me at Brands to help make sure we do the business on both counts. I need to back Flash’s push for the top spot in the standings by providing as much support as possible, whilst we’ll be aiming to score the strongest finishes we can as a collective to win the manufacturers’ championship for Honda. There are still plenty of points on offer and everyone knows things can switch around on a sixpence in the BTCC, so we have to keep our eyes on the ball and concentrate on bringing home the trophies. I love Brands Hatch, as most drivers do. It’s got a unique heritage – it’s up there with the most famous circuits worldwide – and the atmosphere is second-to-none. I’m confident our car will be very well-suited to the track, especially through the high-speed corners – and we will definitely use that to our advantage. Personally, my goal is to finish inside the overall top three – that would certainly crown what has been an impressive debut season for the new Civic Type R.”