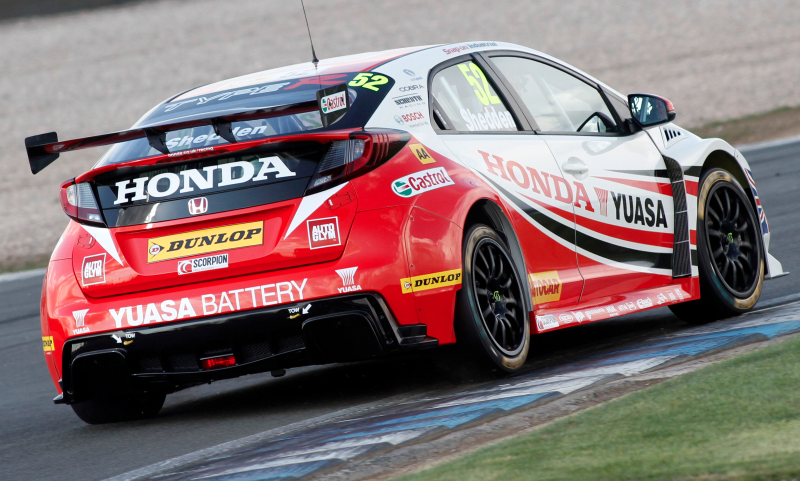 There is egg-citing news indeed for Honda fans this Easter, as the eagerly-awaited Civic Type R race car makes its Dunlop MSA British Touring Car Championship (BTCC) debut in the opening round of the 2015 campaign at Brands Hatch.

Honda’s flame-spitting mean machine has already taken to the track in the hands of its drivers, three-time BTCC Champion Matt Neal and 2012 title-holder Gordon Shedden, affectionately nicknamed ‘Flash’ by his many supporters. Both men know exactly what it takes to win, and both know how to help develop an all-conquering touring car – more good news for Honda aficionados.

Progress has been made throughout testing, and now both Shedden and Neal are egg-stremely egg-cited (did we mention Brands Hatch falls on Easter weekend?) to go up against almost 30 rivals to prove that the new Civic Type R really is the very hottest of hot (cross bun) hatches.

Gordon Shedden:
“It’s always difficult to know where everybody is going to stack up at this stage of proceedings, as nobody really shows their true hand during the pre-season, but we’re happy with where we are and feeling optimistic for Brands Hatch – I’m confident we’ll be in the mix. Everything is obviously still very new with the Civic Type R, but the goal remains the same. With the extra success ballast, consistency will be more important than ever this year, and we want to be troubling the podium and putting some very solid points on the board at Brands – at the very least. The Type R might have taken to the track a little later than some of the other cars – but I promise you it will be worth the wait!”

Matt Neal:
“The car feels good; it’s very agile to drive and very nimble on its toes – it certainly feels as good as it looks! We’ve been quietly and methodically getting on with the job in-hand, and we’re confident without being over-confident. Qualifying at Brands is going to be extremely tight, and just the blink of an eye could mean a four or five-place drop down the grid. I think our initial objective has to be to start off inside the top ten and move forward from there. Being so new, the Civic Type R still has loads of untapped potential. For now, we need to walk before we can run – but when we do start running, it really will be a case of ‘catch us if you can!’”