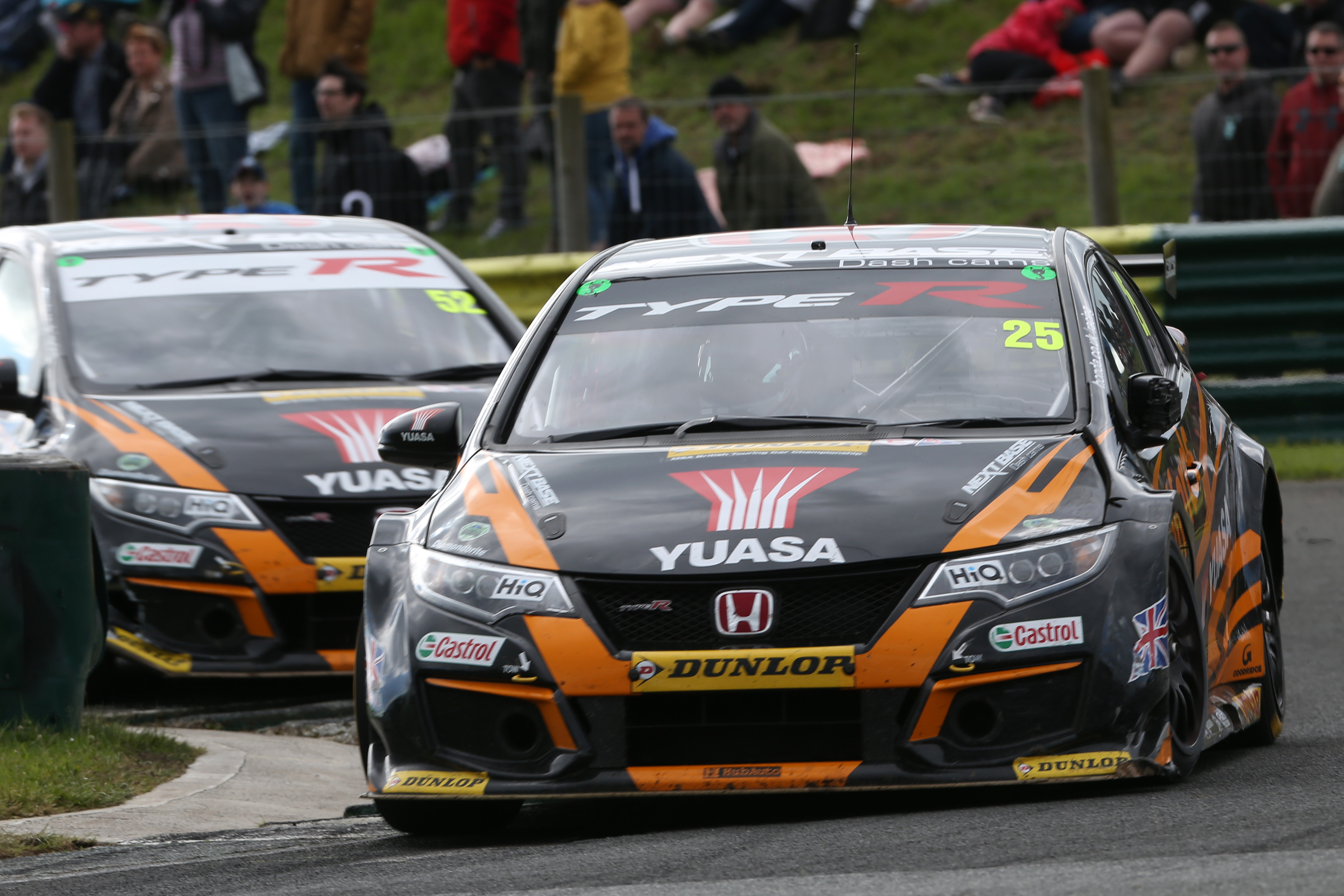 It has been six long weeks since the Dunlop MSA British Touring Car Championship last thrilled avid audiences at Croft, but the high-octane action will resume next weekend (29/30 July) at Snetterton in Norfolk – with Halfords Yuasa Racing duo Gordon Shedden and Matt Neal ready to continue their title challenge.

Shedden headed into the mid-season break at the top of the points table following an ultra-consistent opening half to the campaign behind the wheel of his Honda Civic Type R. The defending BTCC Champion is looking forward to returning to the circuit where last year, he prevailed in a thrilling, edge-of-the-seat last lap duel for victory with Rob Collard.

Halfords Yuasa Racing team-mate Neal, by contrast, has not always enjoyed the rub of the green over the first five meetings of 2017, but a landmark 60th career triumph at Thruxton, four further rostrum finishes and back-to-back pole positions prove that the most experienced driver on the grid still has plenty of fire in his belly as he – like Shedden – chases a fourth Drivers’ crown.

Gordon Shedden:
“I’m certainly going to Snetterton in a much better position than I did last year, when I was a long way behind in the standings. The flipside to that, obviously, is having to carry maximum ballast and that could mean we are in for a tough couple of meetings over the next few weeks, but as I always say, I’ll take the points in the bag any day. Qualifying and race one at Snetterton are likely to be difficult with the weight so it will probably be a question of playing the long game again, but the Civic Type R was quick there last year and Matt reported positive feedback from the tyre test earlier this month too, which is encouraging. The BTCC is so unpredictable and there are a lot of fast cars out there, and we all know how quickly things can change in this championship. We just need to focus on our own job and make the best of every single opportunity – anything else, we can’t worry about.”

Matt Neal:
“I love the summer break, but it’s always great to go racing again. It’s been enjoyable to have a bit of time off – I went to the British Grand Prix, followed Wimbledon and the Tour de France, caught up with people and even managed to squeeze in a bit of R&R – so I’m feeling refreshed and ready to get back on it now. There’s a lot still to fight for and with what we’ve seen over the opening five events, as many as ten drivers can realistically win the title. I think I’m driving pretty well, but results escaped me a bit during the first half of the season so most of all, I’m hoping for a change of luck over the second half. I think there’s no question that ‘Flash’ and I have the car to do the job – the Civic Type R has been really strong everywhere we’ve been and is a tough act to beat – but with success ballast and other championship regulations that impact upon performance, you just never know how it’s going to go so we’ll see how we get on.”