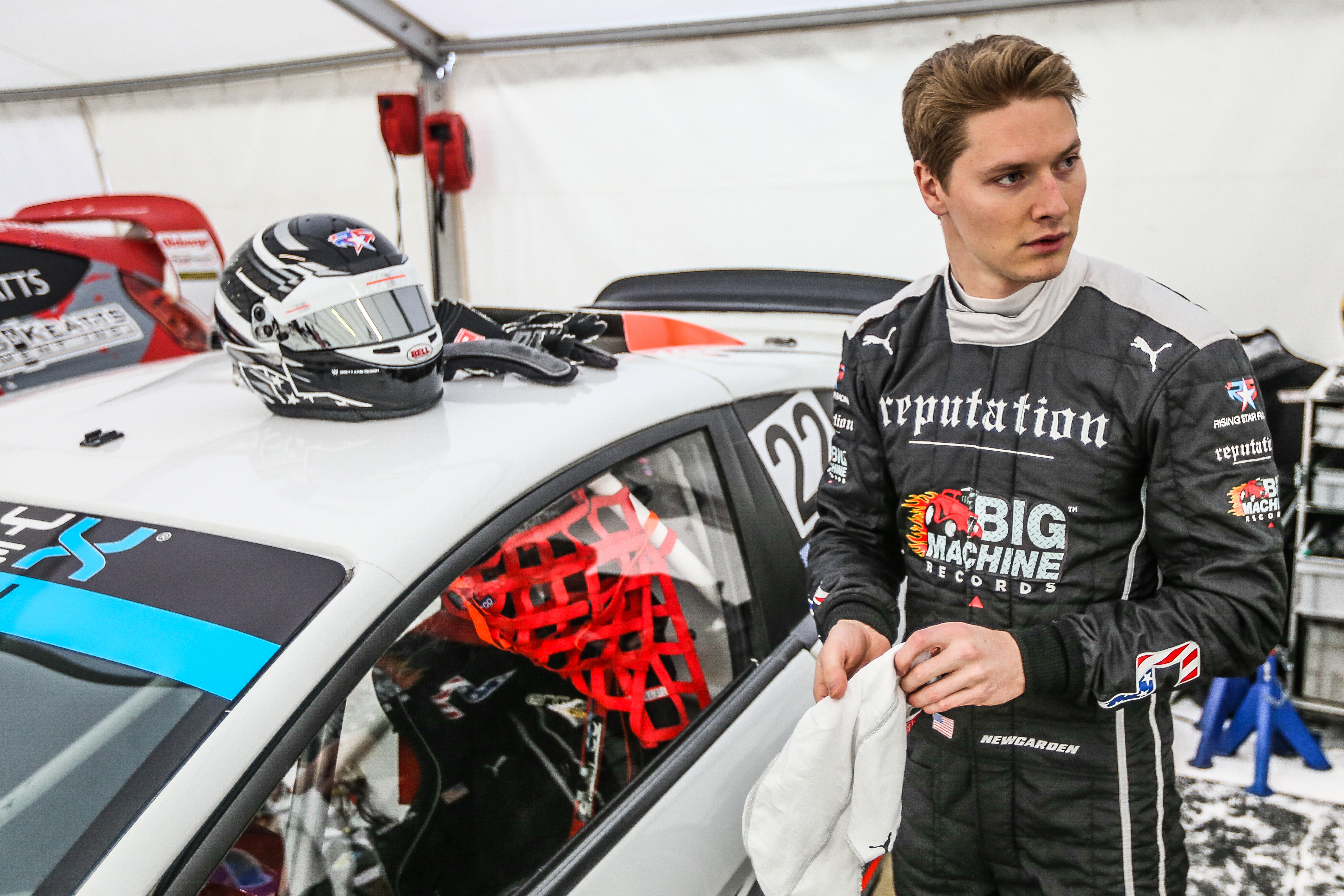 Reigning Verizon INDYCAR Series Champion Josef Newgarden enjoyed his RallyX on Ice debut so much last weekend that he is already plotting his return.

Newgarden took over from Austin Cindric behind the wheel of the Team Penske-liveried Supercar Lites entry as RallyX on Ice raced over the Swedish border to Ål in Norway. The American spent a day getting to grips with his new mount – whose tubular spaceframe structure and studded tyres are somewhat different to the 720bhp single-seater he is used to driving – before taking to the track in anger alongside his 20 rivals.

A solid performance through the qualifying stages earned Newgarden promotion to the semi-finals, where he again acquitted himself admirably – taking the chequered flag fifth to cap a weekend that he described as ‘a total blast’.

“It’s been amazing to have the opportunity to come over and try this,” enthused the 27-year-old Nashville native. “It was very difficult – I take my hat off to all the regular rallycross guys. I think they’re phenomenal at what they do.

“Race day itself was tough. The track was really technical and it became very rutted the more cars ran, so the deeper we got into the weekend, the more precise you had to be and people don’t realise just how easy it is to put it into a snow bank if you go off-line.

“I got so nervous and even at the end, I was still trying to figure out how to keep it in-line. Normally it’s very easy for me in an open-wheel car to do that, but with this thing, you’re full hands on deck – you’ve got to be working the wheel, the throttle, the brakes and the handbrake at all times. When you stop doing that, the car stops reacting. Man, it makes you work for it!

“Thankfully, I had a wonderful coach in Oliver Eriksson, and I finished with probably my best run of the day in the semi-final, which was encouraging. I just need to take a couple more steps and then maybe we can return next year and do a little bit better – I certainly still have a lot to learn. The experience has left me determined to come back, because I really want to master this.

“They put on a great show, and hopefully we can bring this series to North America and I can do a couple more races – that would be great for us. I’m so happy that Team Penske let me come over. I had a total blast!”

Does Newgarden have any words of advice, finally, for Hélio Castroneves? The Brazilian three-time Indianapolis 500 winner is due to take his place in the RallyX on Ice finale at Gol in Norway this Saturday (3 March), which will be streamed live on both Motorsport.com and SBF Play and televised live by Swedish national public broadcaster SVT.

“Oh, Hélio is going to suffer,” he laughed. “He does not like the cold, Mr. Castroneves, so I think he’s going to be seeking heat at all times! I’m looking forward to seeing how he does. He’s going to learn a lot and he’s going to figure out it’s not so easy to slide these cars on ice, but most importantly he’s going to have a blast just like I did, and I’m excited to watch.”

All four rounds of RallyX on Ice will be livestreamed by the world’s biggest digital motorsport platform, Motorsport.com via its Motorsport TV online channel.