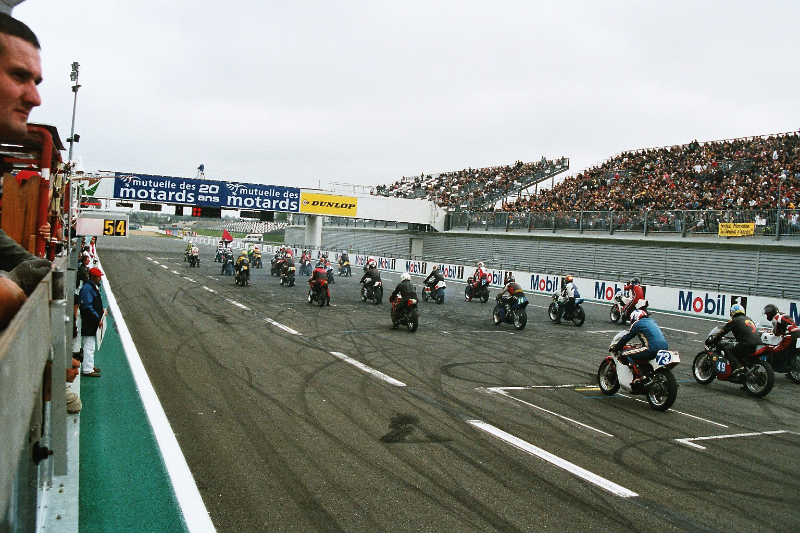 The first of many supporting series announced for summer racing spectacular

The first ever World GP Bike Legends event at Jerez, Spain, on 19-21 June will feature one of the best known and most exciting classic racing series on its bill. The International Classic Grand Prix (ICGP) was founded by grand prix race-winner Eric Saul in 1999 and showcases 250cc and 350cc bikes dating from 1974 to 1984.

The supporting races will recreate 1970s motorbike GP atmosphere and add to the already impressive line-up of bikes and riders confirmed for World GP Bike Legends­ – the ultimate festival for fans of the golden era of grand prix motorcycle racing.

What’s more, World GP Bike Legends isn’t just about the on-track action – it’s a full festival weekend with live music from Bonnie Tyler and Toseland, a shopping village and unrivalled access to paddock and pits all included in the standard ticket price.

The ICGP races will undoubtedly be fiercely contested, as all the series’ top riders will be attending this meeting and will surely want to race at their best to put on a show for the army of classic racing fans set to descend on Jerez.

Riders from the ICGP include GP winners Frenchman Guy Bertin on a works Kawasaki KR 350cc and Bruno Kneubuhler from Switzerland on his special 350cc TZ – both with six wins. Series organiser Eric Saul will be on a works Chevallier, the very bike on which he won the 250cc Italian Grand Prix at Monza, while British star Ian Simpson – winner of the Isle of Man TT winner British Superbike Champion – will also be lining up to race.

Topping the bill will of course be the ‘Race of Legends’ showcasing world champions from 125cc, 250cc and 500cc classes, while the ICGP will ensure an even bigger celebration of two-stroke machines and also bring a host of national racing stars to the event.   With legends like Freddie Spencer, Wayne Gardner, Kevin Schwantz and Loris Capirossi all confirmed to race, the swelling ranks of riders and their original racing machines is causing a stir with grand prix racing fans around the world.

There are currently significant early bird discounts on weekend tickets – with the full weekend price fixed at €55 until 31 March 2015. Tickets provide bike fans with full access to grandstands, race paddocks, the trade village and the live music concerts. For more information go to www.worldgpbikelegends.com