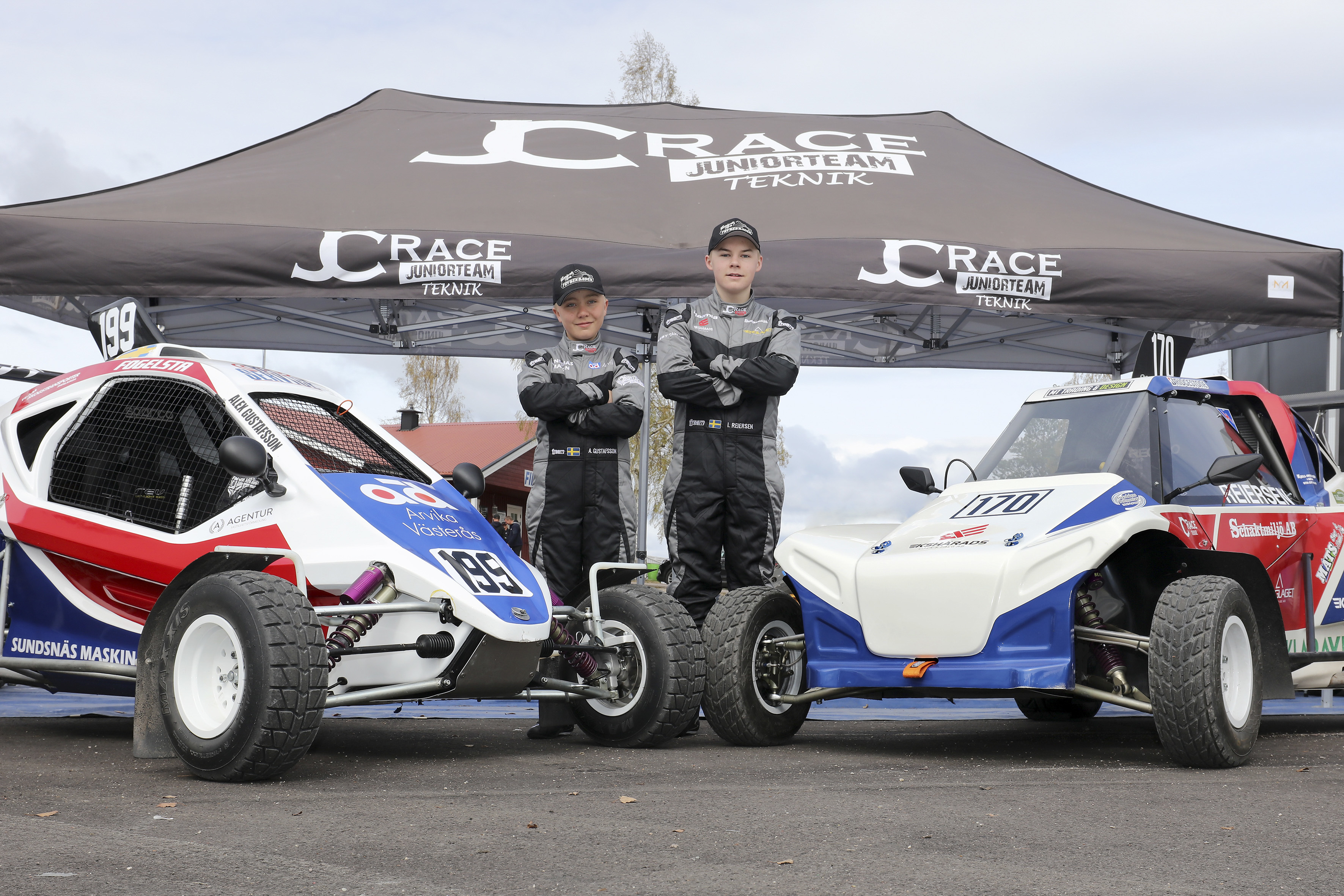 Following the announcement of the all-new RallyX Nordic presented by Cooper Tires CrossCar Junior class for 2020, JC Raceteknik Juniorteam has announced its first driver in the form of 13-year-old Alex Gustafsson. Meanwhile, compatriot and stablemate Isak Reiersen has set his sights on the overall CrossCar/Crosskart title.

The Swedish team has a lot to live up to this season, after Reiersen claimed third in the CrossCar/Crosskart standings in 2019, with JC Raceteknik similarly wrapping up both the Supercar and Supercar Lites titles. The squad’s Juniorteam now has four years under its belt supporting young drivers with everything from media training to driver coaching. This year, both junior drivers will contest the full season of RallyX Nordic events.

The team is now gearing up for a two-pronged approach to RallyX Nordic CrossCar/Crosskart and CrossCar Junior.

“The JC Raceteknik Juniorteam is looking forward to competing in the brand new CrossCar Junior category from the beginning,” commented Team Principal, Joel Christoffersson. “Alex learned a lot in Finland last year and achieved second place in the championship, so we’re hoping to be able to fight for the top spots in RallyX Nordic in 2020.

“Isak is staying with the team for another year of CrossCar/Crosskart after a great 2019 season. Despite technical problems, he finished third overall with a round win as well. There’s no doubt about his speed so we just need to get the reliability sorted.”

“I’m really excited for the season ahead and I’m out for revenge after last year,” said Reiersen. “I had the speed in 2019 so now we just need the technical side to fall into place.

“Having Alex as a team-mate in a similar class will be really useful for us both, we will be able to analyse the track together and share data. I’m really looking forward to it!”

“Isak and I help each other a lot already analysing races, so it’s a big help to have his support as well as the team’s. It is a great opportunity for Junior drivers to show what they can do on a big stage.”