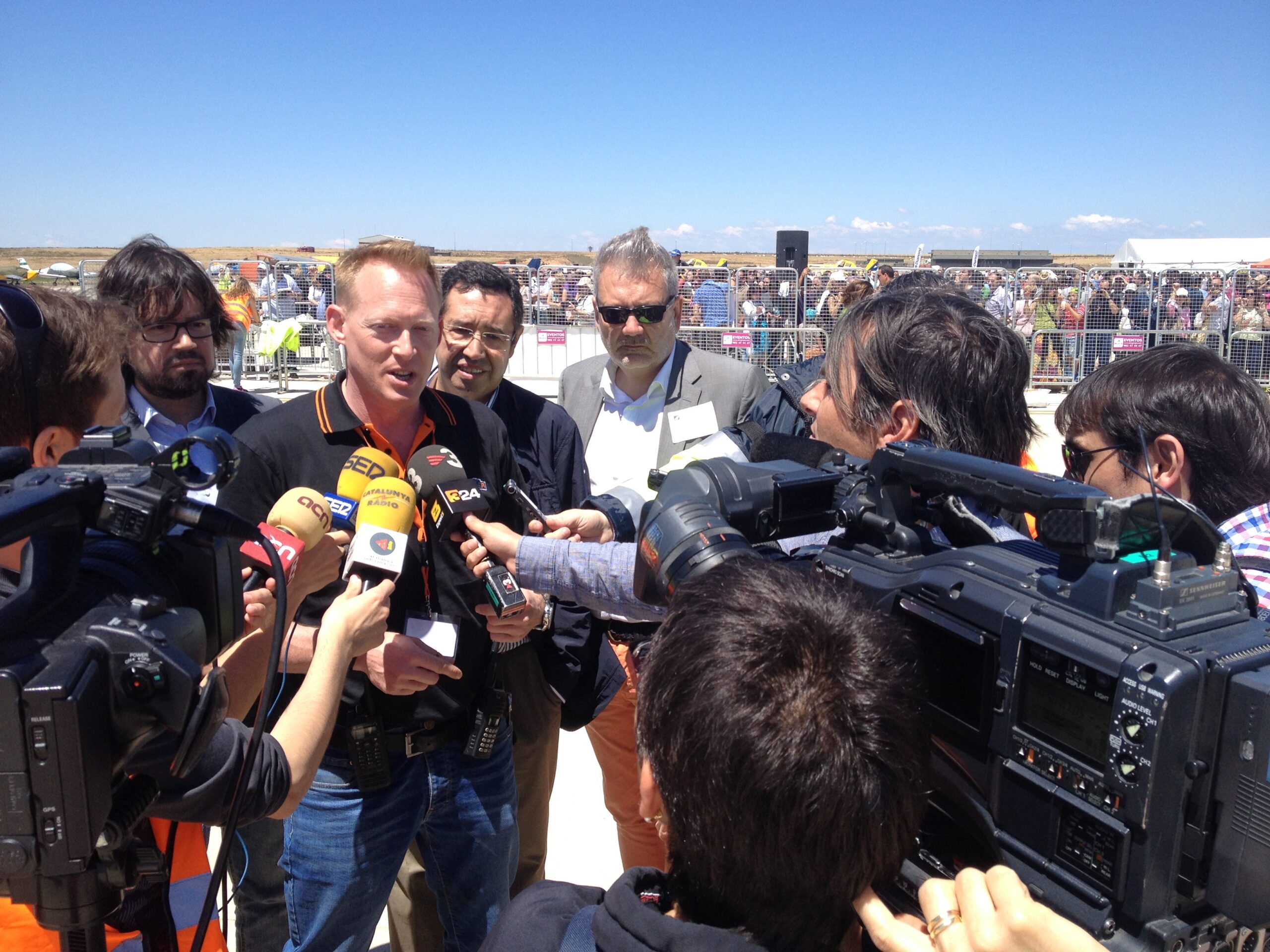 The future of aviation is in green energy, and world-renowned air racing promoter Jeff Zaltman is leading the charge for a more sustainable industry with the foundation of Air Race E.

The revolutionary new championship will be the first-ever all-electric airplane racing series and sets a pathway for ongoing technological developments that will benefit the sport and the wider sector.

And it is this expertise that marks Zaltman out from the crowd, with the 50-year-old’s track record of commercialising cutting-edge air sports putting him head and shoulders above the competition in a fertile but underdeveloped sector.

Air Race 1 has visited Spain, Tunisia, Thailand and China as well as Zaltman’s native USA, with the myriad of sponsorship and marketing opportunities presented by each event helping boost sustainable tourism and encourage long-term investment in local areas as well as pushing forward the conversation around sporting competition in aviation.

The discipline known as formula one air racing is acting as a blueprint for the latest development in Zaltman’s expansive portfolio. Air Race E will mirror the format of Air Race 1, with eight aircraft facing off at speeds of over 400kph just ten meters above the ground. Moreover, the all-electric championship is pushing boundaries competitively and commercially through a unique three-class set-up that offers the possibility for varied technological innovation.

The potential benefits to airline operators is a key touchstone in Zaltman’s plans for Air Race E, with the technical advancement generated by the cutting-edge series set to make a tangible difference in the pursuit of quieter, more efficient passenger travel.

Formerly a US Navy avionics technician, Zaltman simultaneously studied for a BA in International Relations and a BSc in Broadcast Journalism before going on to achieve an MBA at the London Business School – all the while harbouring a passion for flying.

This love of aviation saw Zaltman forgo a promising executive career at the Ford Motor Company in favour of pursuing the commercial opportunities in air racing. The Barcelona-based entrepreneur, who also has experience working for Hawker-Beechcraft and the Virgin Racing Formula E team, has subsequently become one of the only individuals to successfully and sustainably promote the sport.

“I never wanted to have a career in aviation,” he said. “I only flew as a hobby but the skill level I saw in air racing was awe-inspiring. I wondered why no-one knew about the sport, and why it wasn’t bigger news. There had to be a way to bring it to more people.

“I wanted to make it a professional sport and my goal was to globalise it, making it consumable and understandable to people by picking formats that work and distributing it through multiple broadcast platforms.”

With very little external support, Zaltman put on his first race in Slovenia in 2005 and used this successful event as a platform to catapult air racing into the mainstream consciousness. In addition to Air Race 1, which has seen competitions across four continents since its inception in 2014, Zaltman was also responsible for organising the 2009 World Aerobatic Championships at Silverstone and acted as a producer for the World Air Sports Federation (FAI) creating a popular TV highlights show – giving another indication of ground-breaking innovator’s versatile business acumen.

These prestigious positions are a ringing endorsement of Zaltman’s achievements in the sector, marking him out as a world leader when it comes to running air racing events and the ideal custodian for the future of electric airspace.

“Air Race E is a pioneering championship that will shift the paradigm for air racing going forward,” he said. “The inaugural series will be a landmark achievement in the history of Air Race Events, adding to our proud collection of successfully organised and promoted competitions around the world.

“Our dedicated and highly-skilled team of experts has an outstanding track-record of founding and running international race meetings, and I consider Air Race Events to be without equal in the sporting sphere of aviation.”