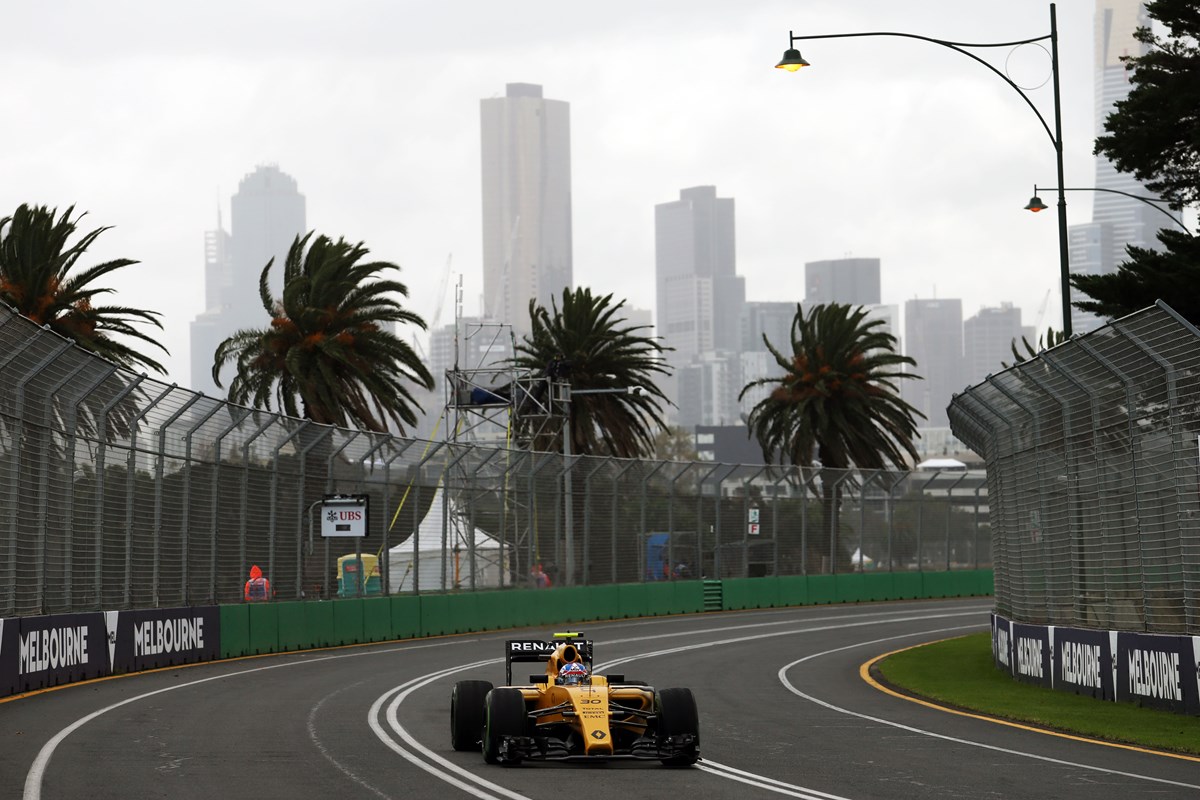 Briton Jolyon Palmer produced a fantastic display on his Grand Prix debut as he completed a trouble-free run to finish 11th in Melbourne, Australia. Full story at www.jolyonpalmer.com.

Palmer was promoted one place up the grid order prior to the race when the Williams of Valtteri Bottas was penalised for a gearbox change, but the young debutant went on to make further progress immediately off the line.

A stellar getaway from the Renault Sport Formula One Team driver saw Jolyon storm by former champion Jenson Button, before he went wheel-to-wheel with the other McLaren of Fernando Alonso through the first few corners, with Jolyon getting edged out onto the grass.

If racing against such esteemed company wasn’t enough to introduce him to the watching world, then they were treated to a further dice with the recovering Bottas on lap 12.

Having started the race on the Pirelli super-soft tyres the former GP2 champion was soon in the pitlane in search of fresh rubber, before his fight to make the points quickly resumed.

All pre-race strategies were completely wiped out on lap 19, however, when a huge accident between the McLaren of Alonso and Sauber’s Esteban Gutierrez left the former’s machine wrecked and upside down in the barrier.

Thankfully both drivers walked away unharmed but the sheer amount of debris on the track forced the race director to stop the race.

A red flag period allows all drivers/teams to change set-up, parts and tyres, which meant the second segment of the contest was almost like a new race, with Jolyon moving to the more durable medium tyre compound.

Palmer was undeterred by the interruption, and after the safety car came in and the race resumed 12th became 11th when Ferrari’s Kimi Raikkonen retired.

Jolyon drove flat out for the remainder of the race, and enjoyed a stunning battle with the two Toro Rosso cars of Carlos Sainz Jnr and Max Verstappen, holding off the faster cars on much fresher tyres for several laps. But eventually he could fend them off no more and Jolyon spent the rest of the race calmly maintaining his position, whilst hoping that misfortune further ahead could earn him a well-deserved point on his debut.

It wasn’t to be, so the Sussex racer crossed the line in an impressive 11th, ahead of team-mate Kevin Magnussen. It was a fantastic effort from the debutant and one that led to many plaudits throughout the paddock.

“It would have been nice to get that point,” said Jolyon. “I saw a yellow flag towards the end and wondered if anyone had gone off, but it wasn’t to be.

“It was a good race though. We made a good start and it was fairly smooth thereafter. I couldn’t hold the Toro Rosso’s back unfortunately and we just didn’t quite have the pace to live with the cars ahead of us. It’s a great start for us and a solid base for the team to build on in the future.”