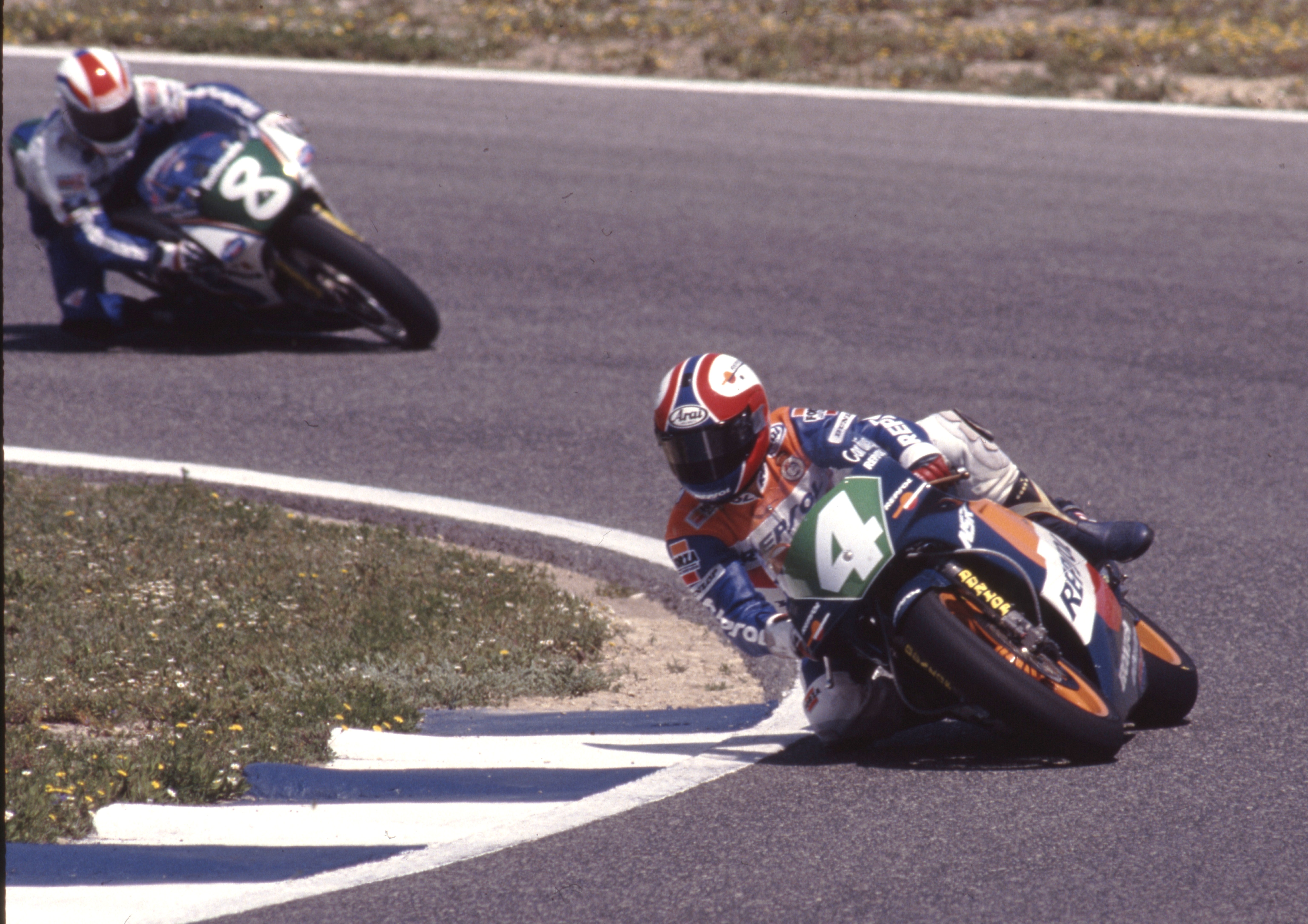 Two Spanish superstars – José Luis Cardoso and Carlos Cardús – have been confirmed as part of the ever-growing rider list for World GP Bike Legends. The pair will be racing flat-out in front of a host of grand prix racing fans at Jerez on 19-21 June, with Cardús competing in the 250cc Race of Legends and Cardoso donning his leathers to race the 500cc Legends.

Cardús – nicknamed Tiriti – emerged onto the World Championship stage in 1983 having won the Spanish 250cc championship the year before. He raced at this level for the next decade, most of the time aboard Honda machinery, scoring numerous podiums and winning many fans along the way.

1990 was his most successful season, as the Barcelona-born rider came within touching distance of the 250cc title. In a titanic battle with John Kocinskis, the championship came down to the final race of the year, and the title would have gone the way of the rapid Spaniard had it not been for a heart-breaking mechanical failure. Despite this, Cardús is undoubtedly marked among the legends of the 250cc class, and will be one for the hordes of Spanish fans to cheer on in June.

Likewise, another welcome addition to the World GP Bike Legends bill is 500cc star Cardoso. One of the more recent racers to sign up to the Race of Legends, Cardoso began his World Championship career just as that of Cardús was coming to an end in the early 1990s. The Seville-born racer enjoyed great success at both national and international level, often combining campaigns in both series at the same time.

Victory in the hugely competitive Spanish 250cc series in 1998 as he simultaneously scored 11th place in the World Championship catapulted Cardoso into the spotlight, allowing him to move into the premier 500cc class from 1999 to 2002. It is aboard a 500cc machine that Cardoso will do battle with fellow racing legends, as what is likely to be the biggest ever collection of former world champions and grand prix racers assembles at Jerez.

There’s much more than just a racing spectacle to be enjoyed at World GP Bike Legends too. Live music from Bonnie Tyler, Toseland and renowned tribute acts to Queen and ZZ Top will ensure the weekend is one to remember for everyone that attends.

There’s an open paddock policy, so a standard entry ticket gets fans up close and personal with all their racing heroes, from the two Spanish racers just announced to the likes of Freddie Spencer, Wayne Gardner and Kevin Schwantz who have all already confirmed that they will be racing together once more.