KEEPING IT IN THE FAMILY 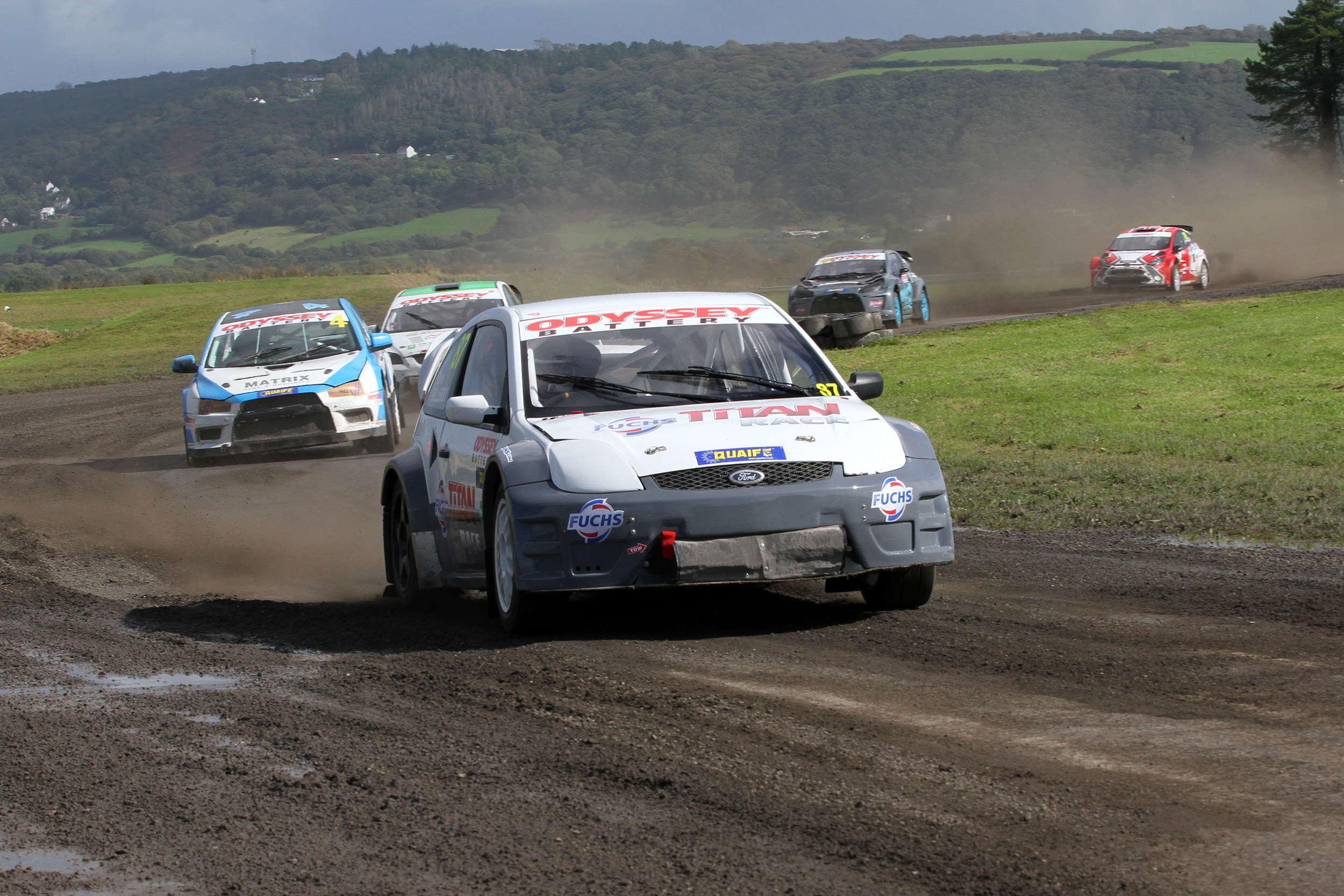 Northallerton-based brothers-in-law Dave Bellerby and Kevin Procter are both contesting the Supercar class for flame-spitting, 600bhp+ monsters, with the former – a newcomer to the headlining category this year – holding the upper hand as they enter the last round of the campaign sitting respectively third and sixth in the standings.

Although Bellerby has been competing since 1997 – winning his very first event, appropriately enough at Croft – 2016 marks the first time the pair have gone wheel-to-wheel, and whilst it is a good-natured rivalry, it is a rivalry nonetheless and neither will be willing to give best on home turf.

“I navigated for Kevin for many years in rallying and got sick of telling him what to do and him never listening to me, so one of my chief motivations in stepping up to Supercar level this season was to show him how it’s done!” he quipped.

“We have a lot of banter in the paddock, but once we are inside the cockpit, we race as hard as anybody else out there and whatever happens this weekend, I’m guaranteed to finish ahead of him in the standings, which is definitely a source of satisfaction!”

“There’s no way I can let Dave beat me at Croft!” countered Procter. “He thinks he’s better than me, so I’ll just have to put him back in his place, or clip his wings as we say here in Yorkshire. In all seriousness, though, it is a friendly rivalry – until we get on the track, at least… What is it they say, all’s fair in love and war?”

Procter has by his own admission endured a tough season blighted by engine dramas, but a brace of victories underscore his raw pace and potential and having won the Grand Prix in the past, he is fired-up to finish a frustrating campaign on a high.

“I’m up for a fight this weekend!” he asserted. “I sponsor the event, so I’m sure there must be a clause in the contract somewhere that says I have to win it – that has to be part of the deal, right? Otherwise, I’ll need to start throwing my toys out of the pram…

“Croft is always a big event for us. I race all over the country and even Europe, but you can’t beat competing at home with the extra support we receive from family and friends. With the championship battle decided, everybody will be focussed on going out there and having some fun – which means the fans are in for a real treat! Plus, after the ‘GP’, we have all winter to fix our cars, so there will be a certain element of throwing caution to the wind and the gloves will definitely be off…”

Bellerby, for his part, is embroiled in a three-way tussle over the championship runner-up laurels, and having had to stick to a strict budget this season, he reveals that his strategy has been to try to ‘out-manoeuvre and outsmart’ his adversaries.

To make it even more of a family affair, his daughters Paige and Drew will similarly be lining up on the grid this weekend – the former chasing the crown at SuperNational level and the latter participating in the ever-entertaining, one-make Swift Sport series – while his nephew Joe Cunningham from Bedale will also swell the British Rallycross ranks.

“Paige and Drew grew up around the sport watching me compete – they barely missed an event and quickly caught the rallycross bug,” Bellerby explained. “I never pushed them into it, but they both decided they wanted to race themselves, which was obviously very rewarding.

“The family element makes it such a buzz, although with the hectic, quick-fire nature of rallycross, we don’t always get to see each other race. Hopefully between us, we can make it another memorable family weekend to sign off from 2016.”

Tickets are available on the gate priced at just £15 per day, with weekend tickets costing £20. Accompanied children aged 15 and under are admitted free of charge. Gates open at 08:30 on both days, with on-track activity beginning at 09:00.

For further information on the event, visit www.croftcircuit.co.uk/racing/british-rallycross-oct or call 01325 721815.