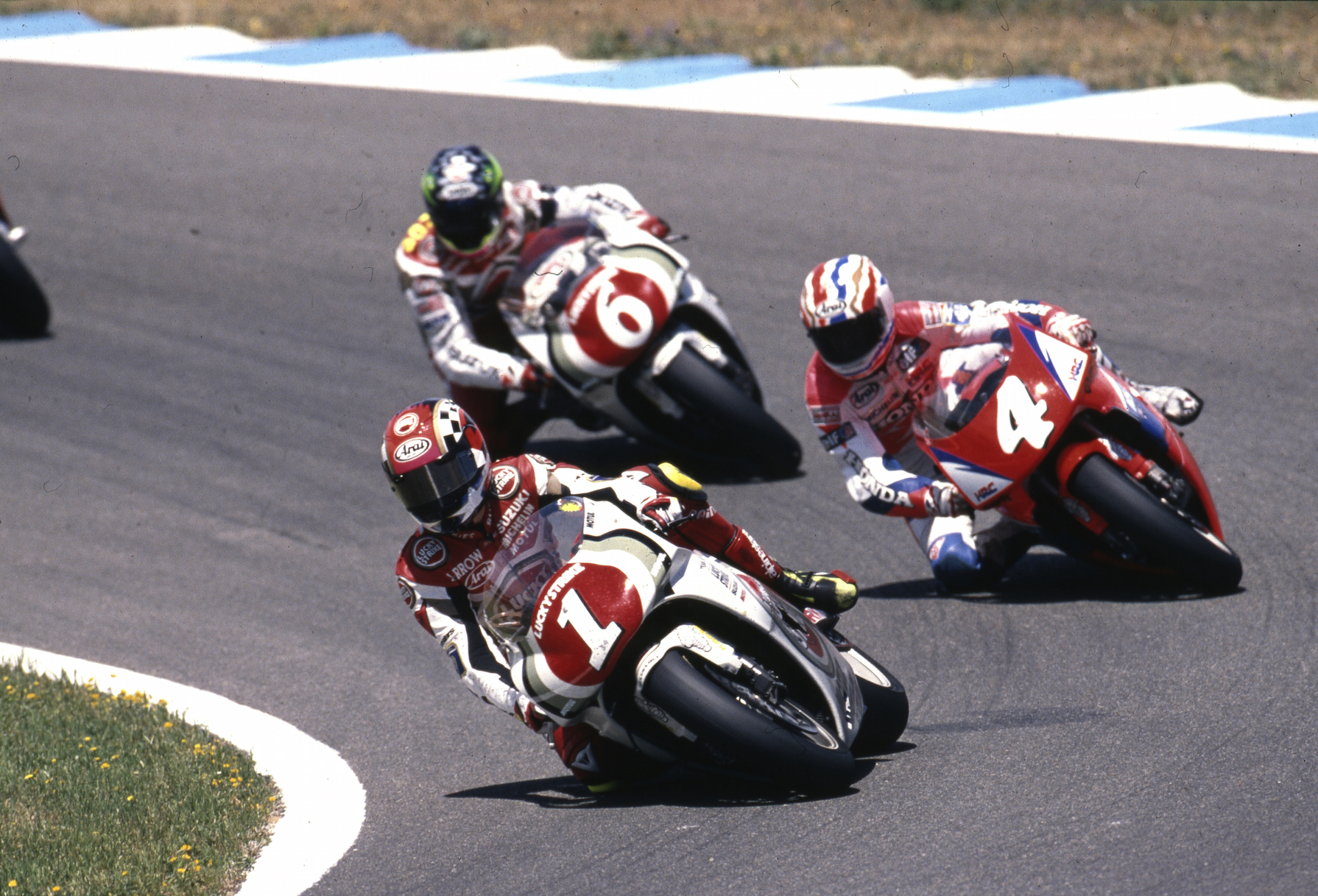 1993 500cc World Champion to race at Jerez in June aboard his iconic Suzuki RGV500 XR84, while Graeme Crosby also adds his name to the impressive line-up

Another true legend of grand prix motorcycle racing – Kevin Schwantz – is the latest confirmed rider at the upcoming World GP Bike Legends extravaganza. The 1993 500cc World Champion will be racing flat out alongside a host of fellow former titleholders at Jerez, Spain, on 19-21 June.

The American ace will be reunited with the very Suzuki RGV500 XR84 that carried the #1 plate during his 1994 season as World Champion (see fact file below). Schwantz will be part of the ‘Race of Legends’ features taking place on all three days, in which he will clash fairings with a huge host of fellow racing icons. Kevin joins Freddie Spencer, Wayne Gardner and Christian Sarron who are all former champions already confirmed for World GP Bike Legends as well as multiple race winner Didier de Radiguès.

Racing full time in the World Championship between 1988 and 1995, the Texan scored 25 race victories and won over a huge host of fans all around the world and will undoubtedly put on a spectacular show in June.

“When I first heard about the event it sounded like it would be a great time,” said Schwantz.  “It’s going to be some good fun to be back out there with the ‘ole boys on our 500’s!  Spain has always been the most popular place for Grand Prix racing and I look forward to seeing the huge crowds and all the fans at the event!”

As if the Legends needed another excuse to party, Friday night, the 19th June, is also Kevin’s birthday so make sure you’re there to celebrate it with him!

What’s more, another front-running rider from the heyday of grand prix motorcycle racing has also just been confirmed – Graeme Crosby. The New Zealander rode his Yamaha YZR500 to the runner-up spot in the 1982 World Championship, beating the likes of Spencer, Kenny Roberts and Barry Sheene in the process. As well as his grand prix successes, Crosby has a wide following thanks to victories in the Daytona 200, the Imola 200, the Suzuka 8 Hours and the Isle of Man TT.

“It’s going to be just like the good old days,” enthused Crosby. “We’ll be back out on the old two-stroke bikes which are themselves very special, but even better it’s going to be great to see and ride with everyone again. I can’t wait to get down to Jerez!”

The groundbreaking event will not only bring together what will likely be the biggest ever grids of former World Champions to do battle on the circuit, but offers a full weekend of entertainment. With music legend Bonnie Tyler just announced to headline the Saturday evening’s main stage and more artists to be confirmed in the coming weeks, the fun won’t stop when the chequered flag drops. There will also be a shopping village offering a huge variety of motorcycle and racing paraphernalia along with loads of other entertainment and demonstrations.

There are currently significant early bird discounts on weekend tickets – with the full weekend price fixed at €55 until 31 March 2015. Tickets provide bike fans will full access to grandstands, race paddocks, the trade village and the live music concerts. For more information go to www.worldgpbikelegends.com