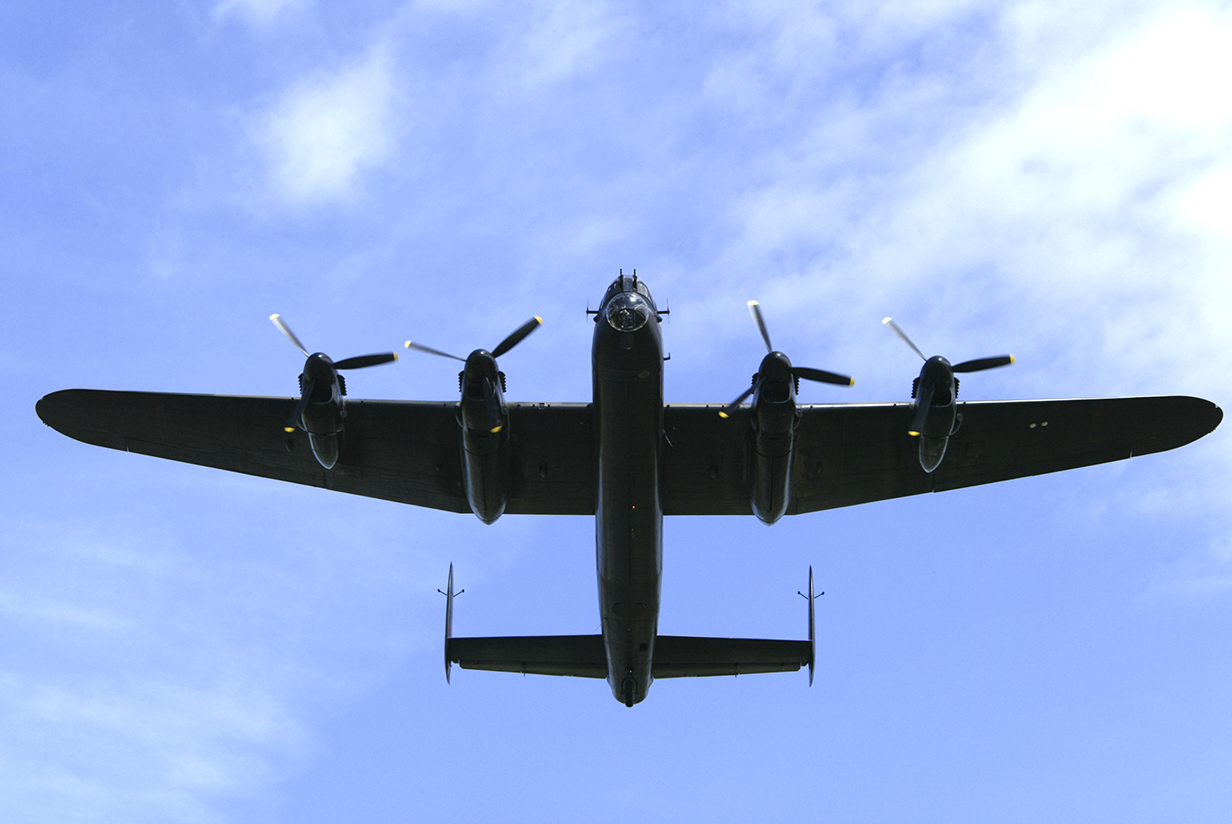 Away from the on-track thrills, the popular annual Croft Nostalgia Festival is every bit as celebrated for its magnificent military attractions – and this summer’s extravaganza on 5/6 August is shaping up to be the biggest and best yet.

Star of the show will unquestionably be the legendary Avro Lancaster bomber – part of the Battle of Britain Memorial Flight [BBMF] – which will take to the skies over Croft on the Sunday, much like it did back in World War Two when the Royal Canadian Air Force was based at the circuit during the hostilities.

The most famous and successful RAF heavy bomber of the conflict, the Lancaster went on to become a juggernaut of the skies and in its heyday, could carry a maximum bomb load of 22,000lb and run at a maximum level speed of 275mph at 15,000 feet.

Not to be outdone, on the ground, spectators will have the opportunity to get up close and personal to a single-seat Spitfire fighter plane, an RAF Auster British military reconnaisance aircraft, an RAF Chipmunk trainer and – from Germany – a Bücker Bü 181 Bestmann, the type of aircraft that gained international recognition when it was stolen by Hollywood hero James Garner in 1963 epic ‘The Great Escape’, as he attempted to fly himself and Donald Pleasance to Switzerland.

Visitors will be similarly enthralled by the presence of a 30-tonne Sherman battle tank, an FV432 armoured personnel carrier, an Alvis Stalwart amphibious truck, a Humber Pig lightly armoured truck, myriad Ford and Willys Jeeps and a brace of static aero engines that will be run on a regular basis over the weekend.

“We are delighted to have once again attracted such a wide and eclectic array of military vehicles for Croft Nostalgia Festival,” enthused Mike Scorer from the organising team. “The military aspect and wartime feel of the event is such a significant element of what makes it so popular amongst returning visitors and newcomers alike, and we really believe this year’s collection is the best yet.

“The open nature of Nostalgia Festival allows the public unrivalled access to some of the most iconic vehicles to have played a role in World War Two, and the opportunity to see the Avro Lancaster in flight is truly something special. For those that lived through the conflict, it is guaranteed to bring back memories – and for those born after 1945, it is a spellbinding history lesson like no other.”

Next month will mark the eighth edition of the family-friendly Nostalgia Festival, which has firmly established itself as a permanent fixture on the north-east’s annual social calendar. Blending retro racing, military magic, classic cars, vintage fashion and period entertainment, it is a 1940s-70s spectacular in every sense of the word.

Advance tickets for the weekend are available priced at just £11 for Saturday, 5 August and £16 for Sunday, 6 August – or £24 for both days. Accompanied children aged 15 and under will be admitted free of charge.

For further information or to buy tickets, see: www.croftcircuit.co.uk/racing/nostalgia or call 01325 721815.