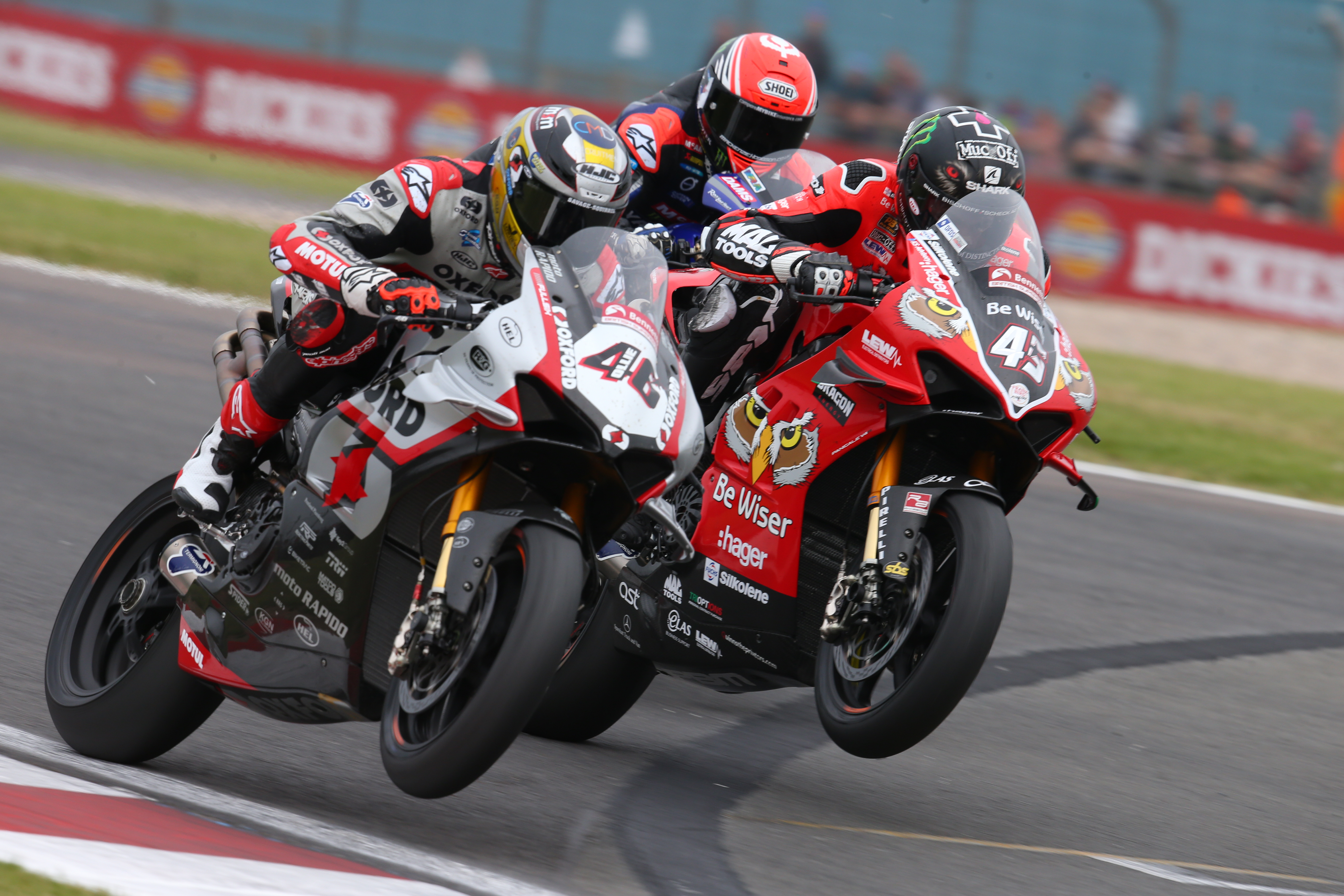 Tommy Bridewell will arrive at his home circuit of Thruxton this weekend (2-4 August) right in the thick of the title battle in the Bennetts British Superbike Championship in association with Pirelli, as the Wiltshireman continues to take the fight to two of the sport’s biggest names for the most prestigious prize in two-wheeled UK motorsport.

In the form of his life, Bridewell has been the master of consistency so far this season, with 12 top five finishes to his credit from 13 starts to-date. That means he heads to Thruxton sitting second in the championship standings, sandwiched between former MotoGP podium-finisher Scott Redding – from just up the road in Gloucester – and 2015 BSB title-winner Josh Brookes.

“The season has started well for us,” acknowledged 30-year-old Bridewell, who hails from nearby Devizes. “We have been really strong and I have had a very good feeling with the new Ducati. We have been to a real mix of circuits and been quick at every one. I am looking forward now to mine and the team’s home round at Thruxton and seeing what we can do. Thruxton is a track I enjoy a lot and I think it will be a good one for us.

“Being my home event, I have a lot of support from fans which is always nice and the goal is to try and get some race wins. We will see what we can do, but we had a good run when we visited earlier in the year for the Motorsport Celebration so we have some solid information to start with. I’m looking forward to the weekend; tyre management is always important at Thruxton so we need to take that into consideration, but I think we should be strong and we want to be fighting for wins.”

Another local in the field will be Danny Kent, who returned to the fray with MV Agusta last time out. The 2015 Moto3 World Champion is hoping for a smooth run to allow him to climb the grid on home soil, on what will be his race debut at the high-speed Hampshire circuit.

“I’m looking forward to the Thruxton race weekend and getting some more laps in,” enthused the Chippenham-born rider. “I’ve only ever done eight laps around the track, but I’m excited to get going – it’s fast-and-flowing, which I normally like and it should suit my style. Hopefully the Bikedevil Insurance MV Agusta will have fewer problems than we experienced first time out and we can complete more laps so I can learn the best way to ride a Superbike.”

The spectacle of almost 30 Superbikes going wheel-to-wheel and fairing-to-fairing around the country’s quickest circuit – tackling Thruxton’s legendary curves and slipstreaming one another at speeds approaching 200mph – is always an awe-inspiring sight. Success here is a delicate balancing act, requiring supreme skill, maximum commitment, absolute focus, inch-perfect precision, razor-sharp reactions and nerves of steel – to say nothing of a willingness to push the limits without overstepping them.

Underscoring Bennetts BSB’s international appeal, alongside the UK’s fastest and most fearless riders are a cluster of stars from further afield, including Australia’s Brookes – six times a winner here in the past five years – and Spain’s Héctor Barberá, a man with 139 MotoGP starts to his name.

Friday (free practice) and Saturday (qualifying and support races) tickets can be purchased on the gate for £5 and £17 respectively, while advance Sunday (main race day) tickets are still available from £29 until 1pm on Wednesday, 31 July. After that, they will be on sale on the gate from £34. Accompanied children aged 12 and under will be admitted free of charge.

All those purchasing (or who have already purchased) advance race day, advance weekend or advance family tickets will be automatically entered into a free prize draw to win a unique and exclusive pillion ride around the track on race day. Terms and conditions apply.

For further information or to buy tickets, visit thruxtonracing.co.uk/racing/bsb or call 01264 882222.