By Russell Atkins5th May 2015NEWS 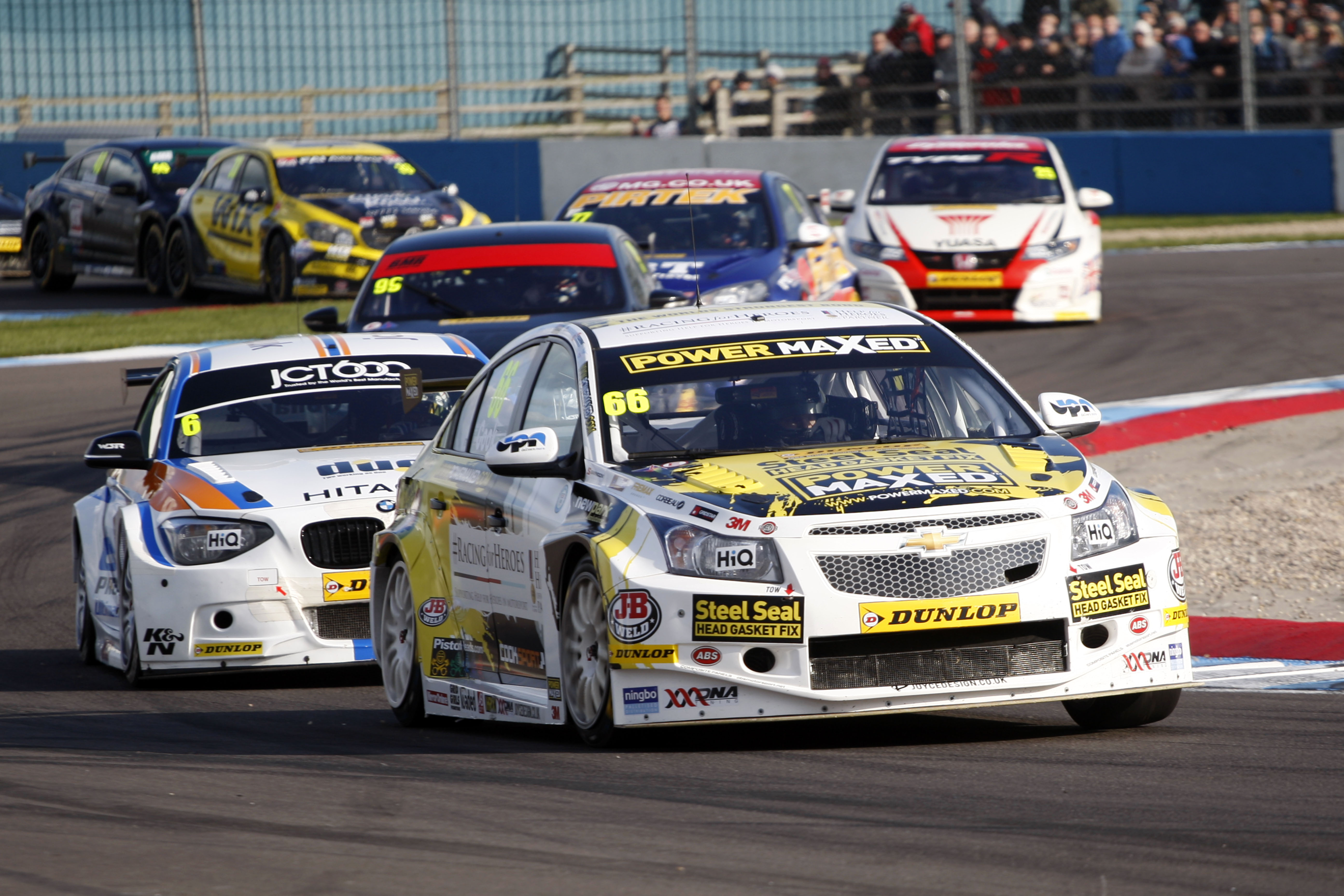 The UK’s premier and most spectacular motor sport series – the all-action Dunlop MSA British Touring Car Championship – is now days away from speeding into Thruxton, and a host of local drivers are all looking to shine on Britain’s fastest stage.

Thruxton has been welcoming the BTCC for almost half-a-century – with the first race taking place there in 1968 – and the popular Hampshire circuit boasts the highest average speed of any track on the calendar, with the tin-top brigade reaching in excess of 160mph through flat-out Church Corner. Its demanding layout calls for nerves of steel and maximum commitment, and victories at Thruxton are always hard-fought.

What’s more, there will be a sextet of ‘local’ heroes for fans to cheer on. A quarter of the BTCC grid hails from Hampshire or nearby counties – Rob Collard, Josh Cook, Simon Belcher, Alex Martin, Dan Welch, Richard Hawken and Guernseyman Andy Priaulx – and whilst Martin will be missing from the fray this weekend, his ‘hometown’ rivals are palpably revved up for the resumption of wheel-to-wheel combat.

“I’m very motivated for Thruxton, as I really want to make some progress in the championship and close the gap to the leaders,” affirmed three-time World Touring Car Champion Priaulx, a high-profile BTCC returnee this year. “While I may not have raced there for 13 years, it is a track I remember with affection even though the racing there is pretty challenging.

“West Surrey Racing know how tough it can be, but as usual will be putting 100 per cent into trying to find me a good set-up and at least we were able to test there before the start of the season.”

Whilst Priaulx might not have competed at Thruxton in more than a decade, West Surrey Racing team-mate Rob Collard has some 36 previous starts there in the BTCC, registering a rostrum finish in both 2006 and again last year. Having triumphed in the 2015 season curtain-raiser at Brands Hatch last month, the 46-year-old sits seventh in the title standings, just 22 points adrift of the top of the table.

“Obviously Thruxton is very much my home circuit,” he reflected, “and it’s nice to have the support of family and friends every time I race there. It’s a proper drivers’ track – one that rewards bravery and really pushing the limits, although if you go over those limits, it will bite. Every driver relishes that challenge, and I am no different. It’s important that we get some good, solid results this weekend.”

One of the drivers looking to carve a real name for himself this year is BTCC rookie Josh Cook, who finished as runner-up in the 2014 Renault UK Clio Cup. The Bath native stunned by duelling energetically for the lead in the last outing at Donington Park, and having been denied the podium in Leicestershire, he is clearly keen on making his mark at Thruxton.

“I haven’t actually done that many laps around Thruxton, but in Clios, I always seemed able to drag a good time out of the car there, so we’re looking for consistency and I want to try and get up onto that podium,” he asserted. “There are some long straights, so whilst it’s not everything, power will play a big part. I think we’ve got a good powerplant with the Swindon engine and we’ve got a good chassis with the Power Maxed Chevrolet Cruze, so we’re definitely going to be in with a shout.

“Bumping and rubbing is all part-and-parcel of touring cars – that’s why we’re here, that’s why people watch the BTCC and it’s great to be sat behind the wheel getting stuck in with the big names!”

Tickets can be purchased on the gate, priced at just £14 on Saturday and £32 on Sunday. Sunday paddock passes are an additional £10. Weekend tickets are available for £38. Accompanied children aged 15 and under are admitted free.