MCCONNELL TARGETING THE TITLE AS HE RETURNS TO RX2 WITH OMSE 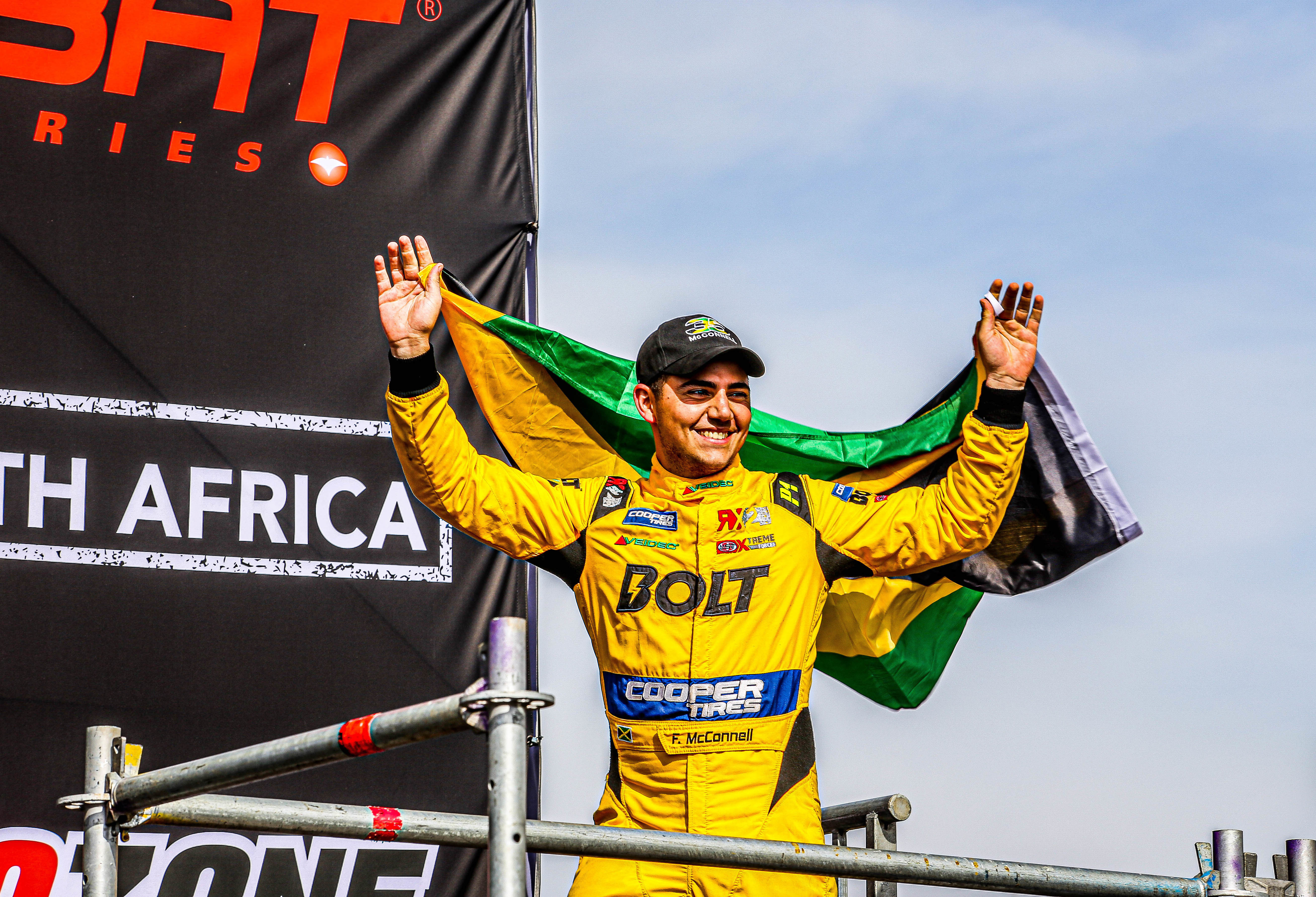 Fraser McConnell is set to return to the RX2 International Series presented by Cooper Tires with Olsbergs MSE in 2020, and with a successful maiden campaign now under his belt, the popular Jamaican says he will be all guns blazing in pursuit of title glory.

Despite 2019 marking only McConnell’s second season in rallycross and first competing in Europe, he immediately made his mark, with a spectacular round-the-outside pass on OMSE team-mate Jesse Kallio in the Barcelona curtain-raiser resulting in a podium finish on his debut in the official FIA World Rallycross Championship feeder series.

The 21-year-old reached the final on all but one occasion and laid down a marker for 2020 with a battling run to second place in Cape Town in November, posting the final fastest lap of the season as he delighted the South African fans with his trademark swashbuckling style behind the wheel. He concluded the campaign fourth in the overall standings, just seven points shy of the runner-up spoils.

The accolades have kept on coming for McConnell over the winter, too. In addition to meeting Jamaican Prime Minister Andrew Holness – with whom he discussed his international rallycross experience and efforts to continue putting the island nation on the global motorsport map – he was celebrated as Senior Sportsman of the Year at the star-studded FIA Americas Awards and Sportsman of the Year for Motorsports by RJR, the largest media house in Jamaica.

Describing 2019 as ‘a life-changing season’, the reigning ARX2 Champion has even loftier ambitions for 2020, when – funding permitting – he hopes to dovetail his RX2 bid with a complementary campaign at Supercar level in Scandinavia’s RallyX Nordic series, to further hone his driving skills and career development.

“I didn’t have any expectations last year,” reflected McConnell. “I didn’t know any of the tracks – the only prior information I had was either from YouTube or video games – so it inevitably took me a little while to get fully up-to-speed, and if you’re playing catch-up in rallycross, you’re not going to be able to fight for the win.

“My team-mates Oliver [Eriksson] and Jesse [Kallio] played a huge part in helping me to get to grips with it all. Their experience was genuinely invaluable, and let’s face it, nobody knows the Supercar Lites car better than Oliver – I learned so much from him.

“OMSE is the undisputed benchmark team in the discipline so I never even considered going anywhere else, and I really want to capitalise upon every opportunity they give me. Plus, there are only two new tracks I need to learn this year, but that will be the same for everybody. That’s the biggest thing for me, I think.

“One of my major personal focuses this season is to make sure I’m more mentally ready for the challenge. Coming from Jamaica, there’s obviously a lot of travel involved, adjusting to different time zones and dealing with the associated jetlag – plus juggling my racing commitments with my college studies. It’s a pretty intense schedule and a big commitment to make, but I’ve devoted a lot of time over the winter to preparing myself.

“It’s shaping up to be another tough season in RX2, with a very high calibre of competition. The level seemed to increase with each round last year, and every indication suggests it will step up again in 2020. Everybody is fast. Everybody is capable of putting down quick lap times. The difference is in the finer details – the hundredths if not thousandths-of-a-second that separate the field. That means it will all come down to consistency and not making mistakes, but I’m confident we have everything we need to fight for the title.

“I’m working hard to maintain the momentum from my podium in South Africa and my ARX2 title win – I’m feeling excited and really looking forward to it all. Not only that, but the level of respect between the drivers in RX2 is pretty remarkable, so I can’t wait to get out there and race with those guys again. It’s going to be a fun year!”