MORE RECORDS TUMBLE AS THE CLASSIC CONTINUES TO SET THE STANDARD 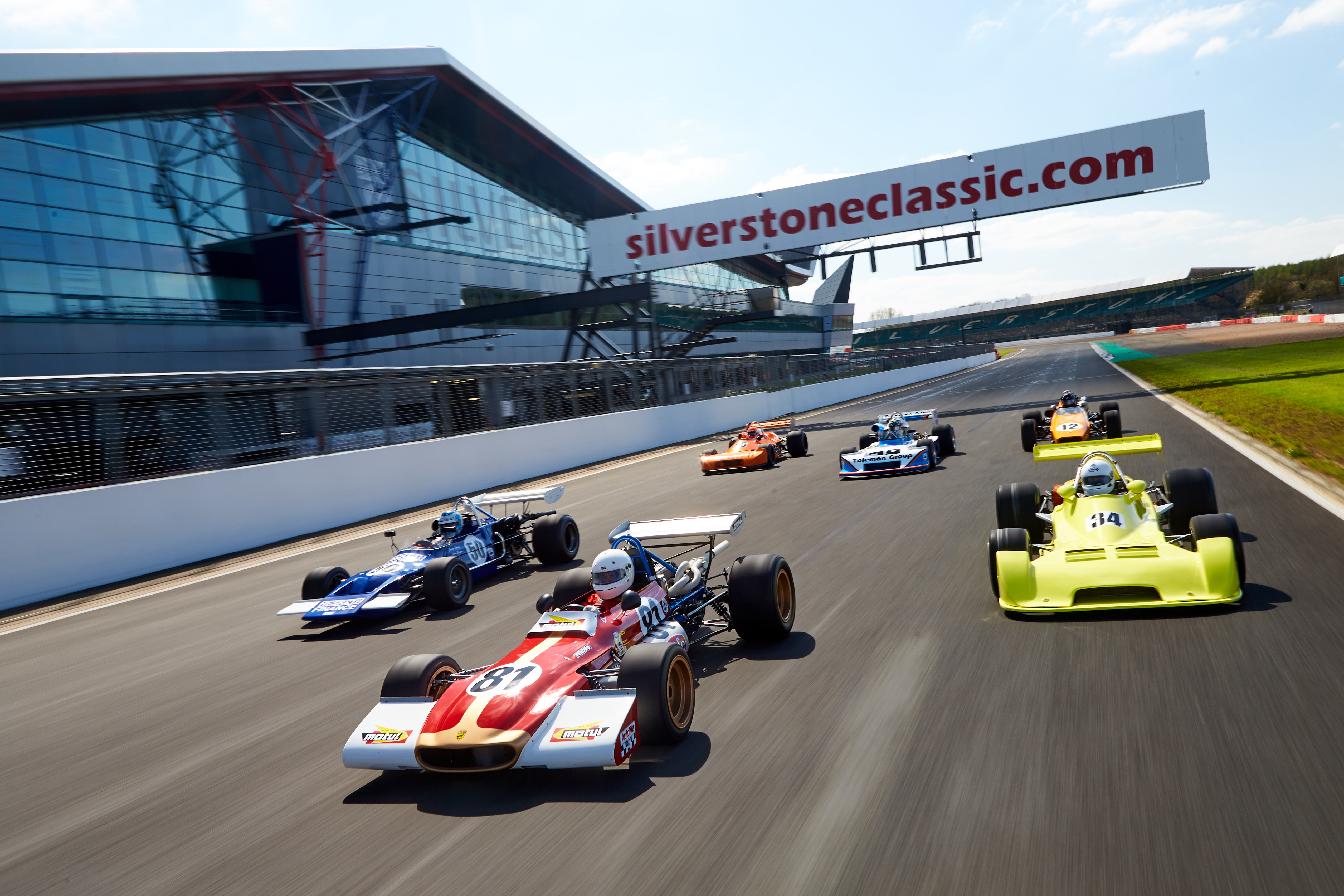 Living up to its illustrious reputation as the world’s biggest historic motor racing festival, this summer’s Silverstone Classic welcomes the greatest Formula 2 grid of all time.

Added to this year’s packed-programme for the very first time as part of a never-seen-before retro Formula 1, Formula 2 and Formula 3 single-seater showcase, no fewer than 55 historic F2 entries have been received for what will be record-breaking, sold-out races on both Saturday and Sunday.

With a maximum of 54 starters permitted on the full Silverstone Grand Prix circuit, late entries are now being placed on a growing reserve list.

Since being confirmed on the Silverstone Classic bill for 2019, support for the Historic Sports Car Club (HSCC)-run championship has been running at unprecedented levels and the full capacity entry will far surpass any previous grid for a field of Formula 2 and Formula Atlantic single-seaters from the late 1960s and 1970s – even in period!

“Even by our lofty standards this is an incredible turn-out and will be yet another of the spectacular highlights at this summer’s Classic,” enthused Nick Wigley, Silverstone Classic CEO. “Being fast, fun and comparatively inexpensive, F2 is proving to be a big hit with competitors while the scale of the entry and promise of some terrific racing is sure to win many new fans.”

The entry includes drivers from the UK, France, Germany, Switzerland, US, The Netherlands and Australia. Many cars with significant histories will be in action, too, including the ex-Emerson Fittipaldi Lotus 69, ex-Eddie Cheever and Clay Regazzoni Ralt RT1s, the ex-Wheatcroft Racing Chevron B29, the ex-Derek Bell Brabham BT30 and the ex-Giacomo Agostini Chevron B42.

“Historic Formula 2 is experiencing a massive boom and the grid for the Silverstone Classic is set to smash all records,” said a delighted Andy Dee-Crowne, CEO of the HSCC. “The cars look and sound fantastic and to see more than 50 of these cars on one grid will be amazing.”

The Classic is also expecting a record-breaking grid of Minis to mark the original pocket-rocket’s 60th birthday plus huge numbers of racing Bentleys and Capris to mark their respective centenary and golden anniversaries. A not-to-be-missed Twilight Tribute to Le Mans has also been announced with three packed sportscar grids racing into the sunset on Saturday evening.

All those wishing to attend this summer’s Silverstone Classic must purchase their tickets in advance, with adult admission starting at £45.

Once again, all tickets will provide access to both Silverstone racing paddocks, all open trackside grandstands, live music concerts which this summer mark the 50thanniversary of Woodstock on both Friday and Saturday evenings, air shows, Drive Live test drives, funfair rides and the vast majority of the family entertainment on offer.

A wide range of child, young adult and family tickets are also available, along with weekend camping and a selection of hospitality options. Full details of all 2019 ticket prices are detailed on the  silverstoneclassic.com website.