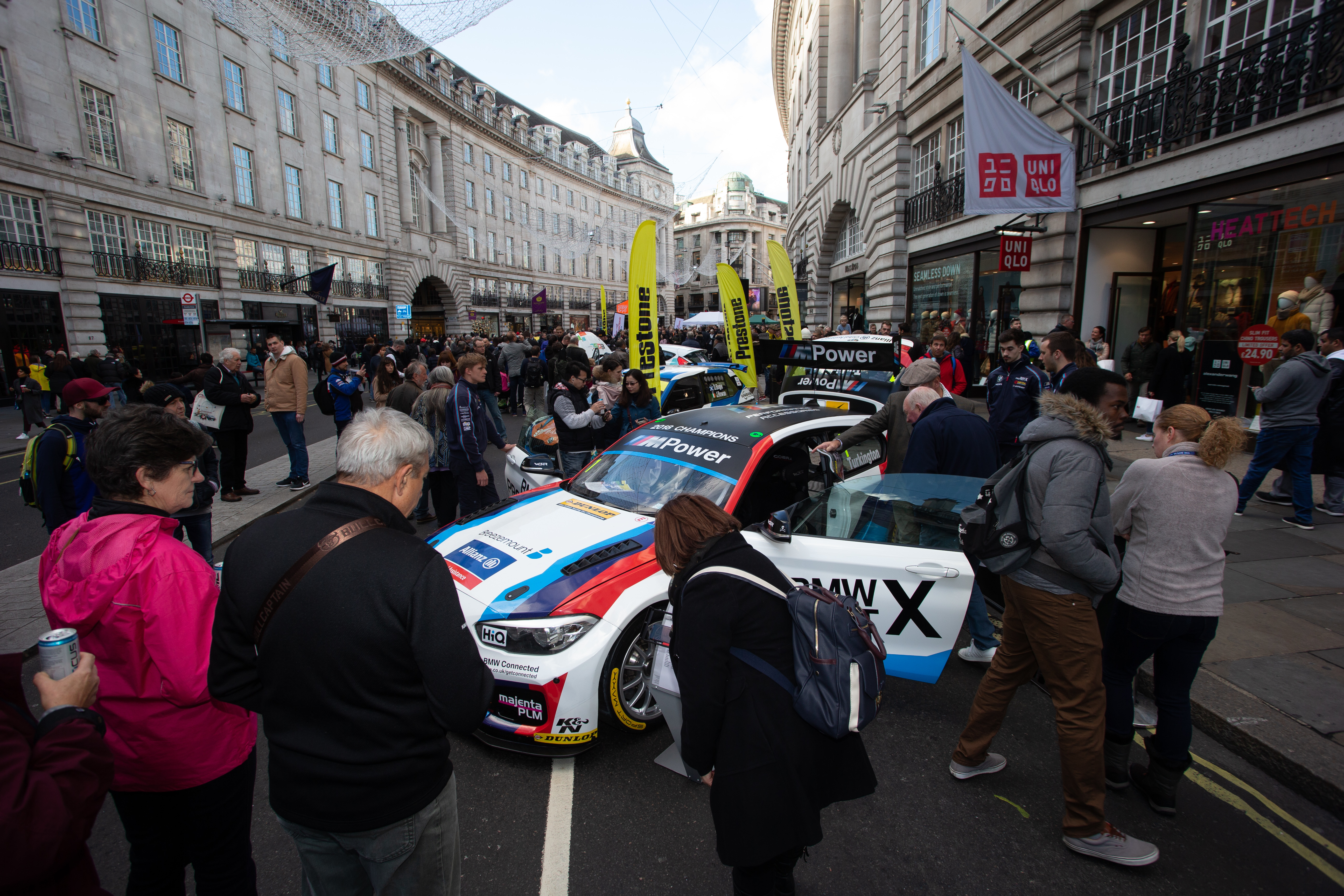 British motorsport will be in pole position in central London next month at the Illinois Route 66 Regent Street Motor Show on Saturday 2 November.

This year, those visiting can look forward to the Motorsport Zone that will feature an incredible grid. Lining-up to wow the thousands of visitors to the UK’s biggest free-to-view car themed event, it will include a number of stand-out racers from both past and present generations.

First and foremost, Colin Turkington’s stunning BMW 330i M Sport is sure to attract attention. Introduced at the start of this season, the fleet-footed BMW has been the car to beat in this year’s Kwik Fit British Touring Car Championship, taking the Ulsterman to a hard-fought fourth title in the UK’s premier race series. Adding to the ever-popular BTCC’s presence in the capital, Turkington’s pacesetter will be joined by one of Team HARD’s race-winning Volkswagen CCs.

Another exciting addition will be Xite Energy’s brazen Mini Cooper SX1 as raced by Oliver Bennett in the 2019 FIA World Rallycross Championship. Its presence will add to the Mini’s 60th birthday celebrations, set to be honoured in the Classic Motoring Zone. Xite Energy will also be offering visitors the opportunity to set the fastest lap of the day on its simulator: a complimentary high-octane experience and sure to be a big hit with younger show-goers.

Meanwhile, for those with a passion for motorsport from bygone eras, the evocative Silverstone Classic display is certain to be popular. With the Motor Show also known as world’s biggest classic motor racing festival, the annual event will feature a full spectrum of retro racing highlights.

Regent Street will be putting the spotlight on some of those glittering grids with iconic cars, alongside a big screen broadcasting highlights of last summer’s record-breaking extravaganza. With next year marking the 30th anniversary of the first Classic event at Silverstone, an even bigger festival is promised for 2020.

“Whether it’s modern motorsport icons or pioneering veteran cars, the Illinois Route 66 Regent Street Motor Show really does have something for everyone – from hardcore petrol heads to passing shoppers,” said Ben Cussons, Chairman of the Royal Automobile Club. “As a regular competitor at the Classic, it’s great to see the event represented as part of the Show. To have the BTCC title-winning BMW which Colin Turkington drove to victory last weekend also on display in central London is yet another unmissable coup.”