BLOG: behind the scenes of the Extreme E season opener 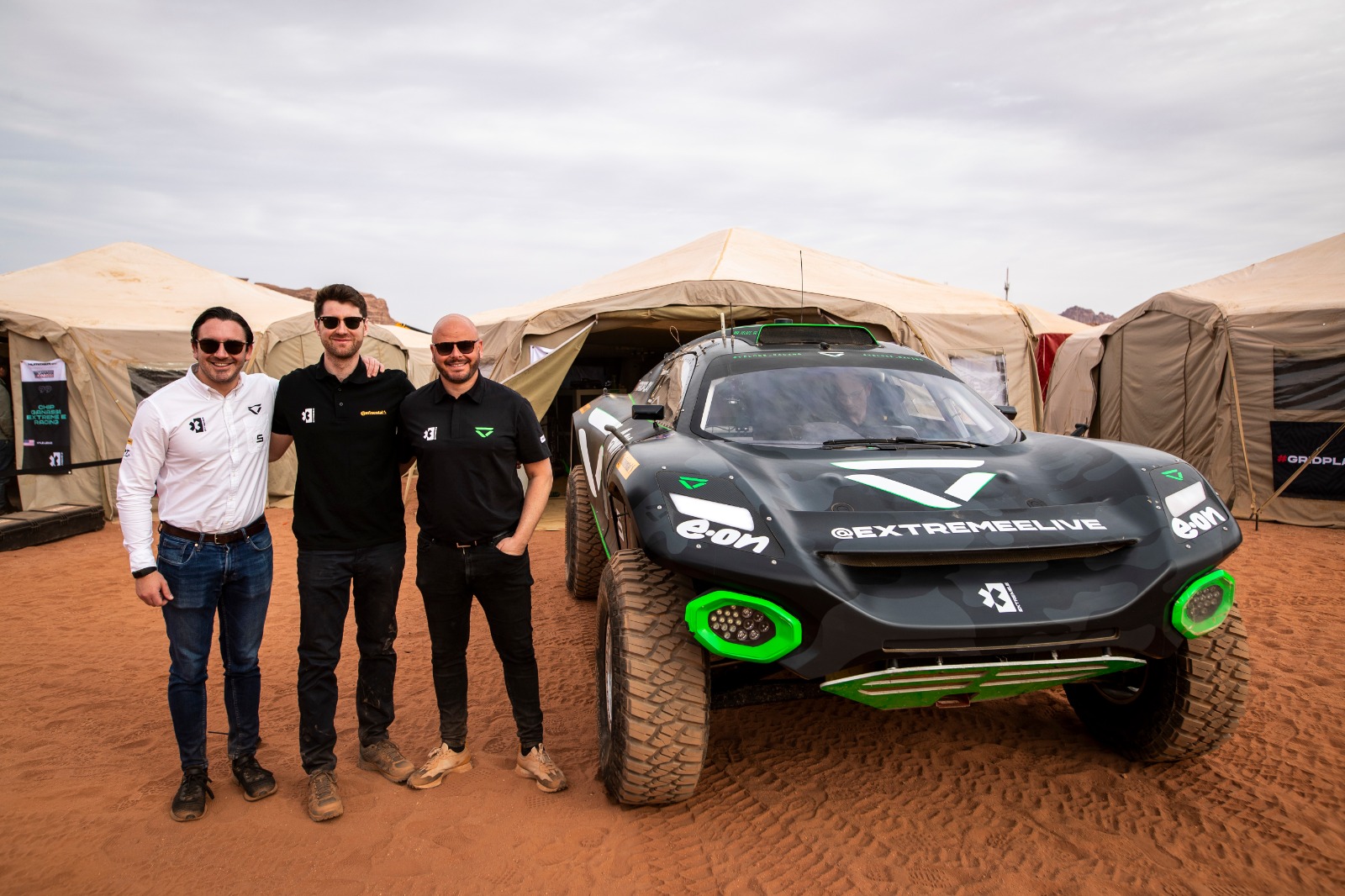 For Throwback Thursday we’re taking a look back at the first international event for MPA in 2022, which saw three of the team fly out to NEOM, Saudi Arabia, for the opening race of Extreme E Season 2. Read on to hear from Josh about his time on site at the Desert X Prix.

You’re told to prepare for anything as a PR professional in motorsport. Helping to coordinate the PR and communications for the season opener in NEOM was testament to that.

We landed in Tabuk airport at 7am and by 9am I was on site for my first event of the season, let alone in the breathtaking desert of Saudi Arabia, to support the communications delivery for Extreme E’s first X Prix of 2022. That’s the power of caffeine in evidence!

I had caught an earlier flight than the rest of the team heading out from Heathrow to Riyadh before waiting (and waiting even more) to fly out to Tabuk. I was reliably informed by my MPA colleague and Veloce Racing media manager Simon Melluish that he would be joining me an hour or so later to help pass the time. That he did… but almost 900km away in Jeddah. I assure you, communication and organisation is a strong point of ours!

The first evening concluded with the confirmation of the final team taking part in the 2022 season – JBXE. Aligning timings with the team back at base in the UK was crucial, especially with the three-hour time difference. On the phone to colleagues back at base, helping the MPA team to send out the release whilst travelling back from the desert to Tabuk – the glamour! Things just need to get done and nothing says frantically meeting a deadline like doing so on the highway between NEOM and Tabuk, hotspotting for Wi-Fi, to ensure the announcement went out as smoothly as possible. A 12-hour day on track (the first of many).

If I was hoping for a low-key build-up to the first X Prix of 2022 I was immediately proved otherwise, and it was about to get busier. On the eve of Season 2, Extreme E also announced the launch of Extreme H. This was to coincide with the first pre-event presser of the year, on the Friday post free practice. Using a mic with one hand to ensure Alejandro Agag and HRH Prince Khalid Bin Sultan Al-Abdullah Al- Faisal could answer questions from the hordes of local and international media in attendance, I used the other to send out the news release and supporting assets with the other. Who says PR/comms professionals can’t multi-task? A well-received announcement, it was a sure sign that the series is not resting on its laurels.

A hectic day – briefing journalists, preparing assets, drafting copy and making sure all the timings aligned – it was a hugely successful launch for the Championship, which falls under an umbrella organisation that is continuing to pioneer and champion the need for green mobility and zero emission motorsport.

As for the on-track action, my personal view is that this was the best yet. Even as a neutral observer, you could not help but feel sorry for Veloce Racing after setting the timing screens purple, relief for Chip Ganassi Racing having a relatively trouble-free weekend, and delight for debutants McLaren XE for reaching a Final on their first attempt. Congratulations go to Rosberg X Racing for the win, but it was certainly not easy – closely fought racing throughout the weekend meant there were so many contenders for victory. The top two teams finished level on points last season with the winner determined on count back of victories and I’m expecting it to be just as close this time around.

Thoughts also go out to Christine GZ and Kevin Hansen who were injured whilst competing in NEOM. Everyone here at MPA wishes them a speedy recovery and we look forward to having them back on track.

First event down and plenty more to go for MPA in 2022!