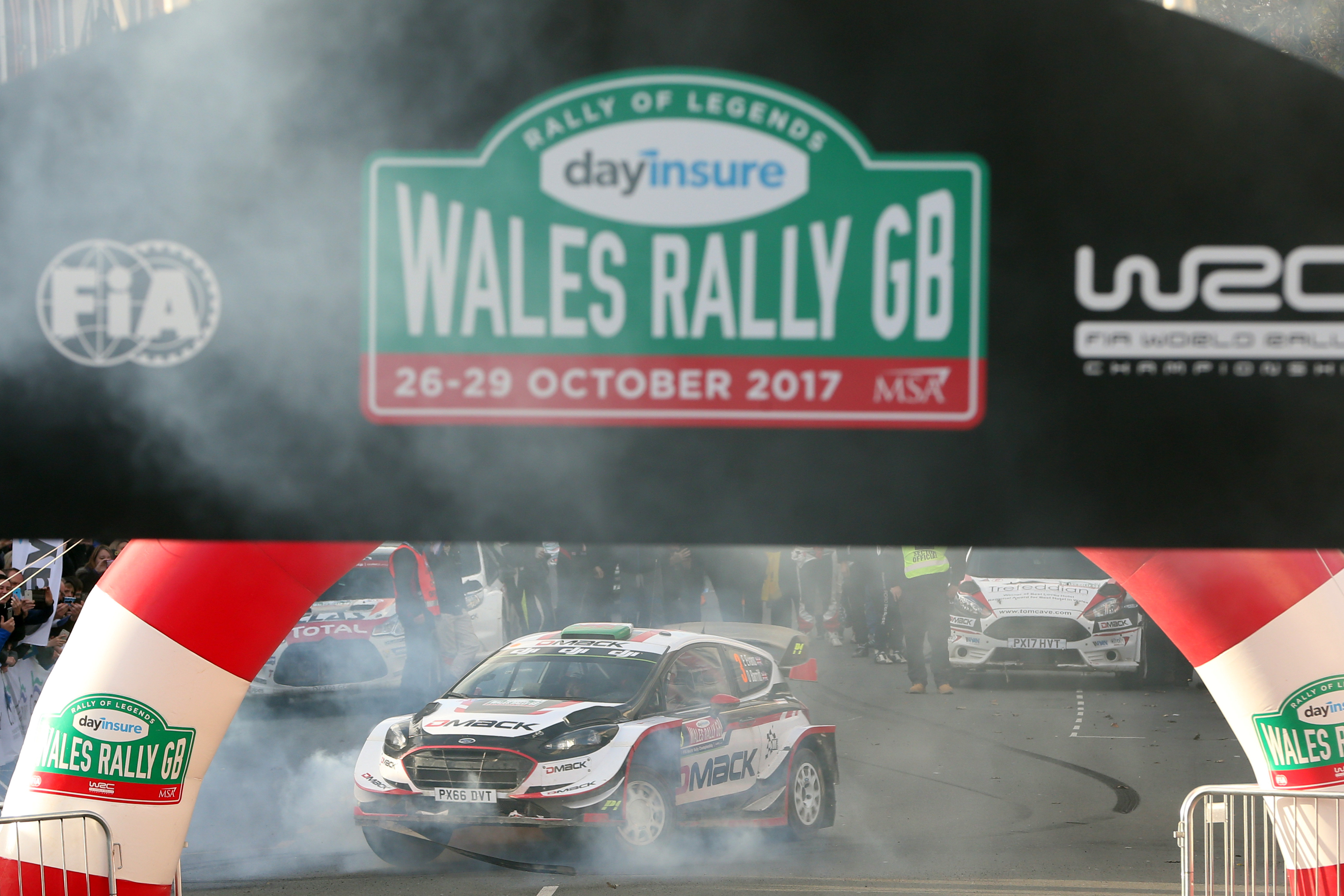 As the 2017 Dayinsure Wales Rally GB drew to a close last Sunday (29 October), MPA Creative reflected on its contribution to delivering a record-breaking event on behalf of organiser and promoter International Motor Sports (IMS), the commercial arm of the UK’s governing body, the Motor Sports Association (MSA).

Record crowds from around the world travelled to the event to experience the spectacular new generation of louder, more powerful World Rally Championship cars in North and Mid Wales.

The icing on the cake of an unforgettable weekend came in the form of a first Welsh driver to win on the famous Welsh stages, Elfyn Evans. In addition, we witnessed the crowning of the 2017 champion – Sébastien Ogier, who sealed his fifth consecutive World Rally Championship title, driving M-Sport’s Ford Fiesta WRC. The British outfit also celebrated its first Manufacturers’ crown as an independently-run team, to add to a hard-earned maiden Drivers’ trophy.

It all combined to create one of the most remarkable events in the long-running history of Rally GB, and one of the most memorable weekends British motor sport has ever enjoyed.

MPA Creative is proud to have played a central role in the event’s success having managed all PR and promotional activity for Wales Rally GB since 2012, including the planning, management and operation of the event’s media centre, which hosts more than 300 journalists and photographers from around the globe.

Alongside our media and communications work, MPA Commercial, our sponsorship and marketing arm, secured multi-year title partnerships for both Wales Rally GB and the British Rally Championship with Dayinsure and Prestone respectively. These agreements, together with commercial agreements for the event’s Official Car Partner, Toyota, and the Toyota RallyFest at Cholmondeley Castle meant that the event excelled as both a brand and fan platform.

Under the direction of Dayinsure Wales Rally GB Managing Director Ben Taylor, the combined efforts of IMS and MPA saw the rally enjoy a record attendance of more than 100,000 visitors, draw huge global media attention and deliver a highly successful platform for its commercial partners.

Chris Evans’ Radio 2 Breakfast Show – Britain’s most popular radio show – hosted Taylor prior to the weekend as buzz around the event reached fever pitch. The show then followed up with a headline interview on Wednesday with Welsh winner Elfyn after his whirlwind early-week schedule which saw the rally star make a host of broadcast appearances across programming from the BBC, ITV, S4C and more.

“We could not have dreamed of a more perfect weekend,” said Ben Taylor, Managing Director of Dayinsure Wales Rally GB, enthusing about the rally’s success. “Great weather, huge crowds, world champions, British success and, right at the top, Elfyn Evans, the first-ever Welsh driver to win this event. You could hardly have scripted all of that!

MPA Creative, fresh from a winning weekend in Wales with the world’s most technologically advanced rally cars, now moves straight on to two shows this weekend (4-5 November) in London with a combined draw of near one million people plus a fleet of 450 cars all dating right back to the dawn of motoring: The Regent Street Motor Show and London to Brighton Veteran Car Run. We will be on-site to run the busy, multi-national Press Office and to cap a year’s hard work in PR and promotion for one of the Royal Automobile Club’s showpiece events.

In other news, MPA is delighted to announce that it will continue to promote, on behalf of Brand Events, the capital’s biggest classic car show: The 2018 London Classic Car Show.