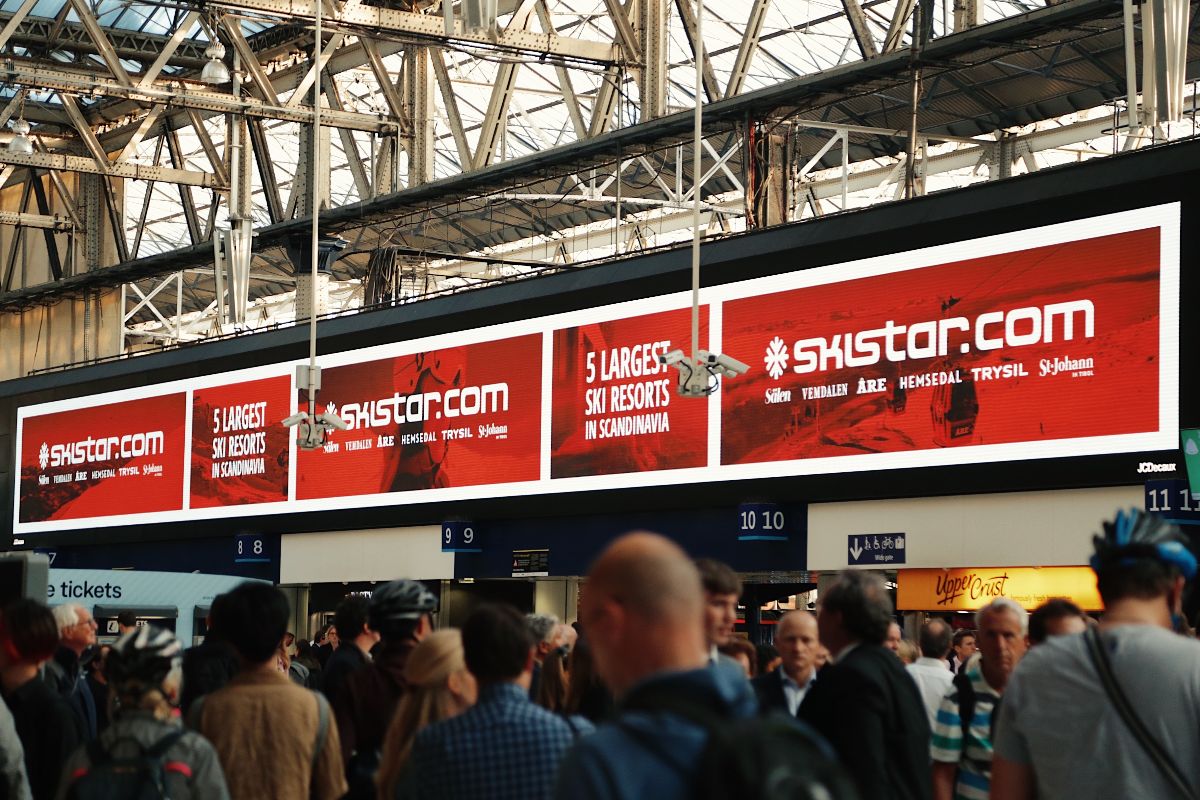 Two of Scandinavia’s most spectacular ski resorts will be just two hours from London Heathrow from December 28th – and MPA is letting the capital know with an advertising campaign for its client SkiStar at London’s key rail and underground hubs.

SAS flights to the brand new Scandinavian Mountains Airport in Sweden, right by the Norwegian border, will bring the hugely popular twin resorts of Sälen, Sweden, and Trysil, Norway, within easy reach of London. With a 10 minute transfer to the nearest ski area of Sälen and 40 minutes to Trysil, elegant accommodation, ski hire, lessons and childcare all bookable in advance through skistar.com, a Scandi ski trip is far and away the easiest way to get on the slopes with the family from London and the South-East this winter.

Look out for SkiStar’s adverts at train and underground hubs including Waterloo and Bank between now and October 11th and on social using the #skiscandi hashtag.

Daniel Bailey, chief commercial officer of MPA Commercial, says. “This is our second London advertising campaign for SkiStar and we’re excited to bring news of the SAS route between Heathrow and the Scandinavian Mountains Airport to the capital’s commuters. SkiStar’s prestigious Scandinavian resorts are the perfect fit with families in London and South-East and SkiStar’s focus on the UK market is ensuring that the region continues to grow in popularity with British skiers.”