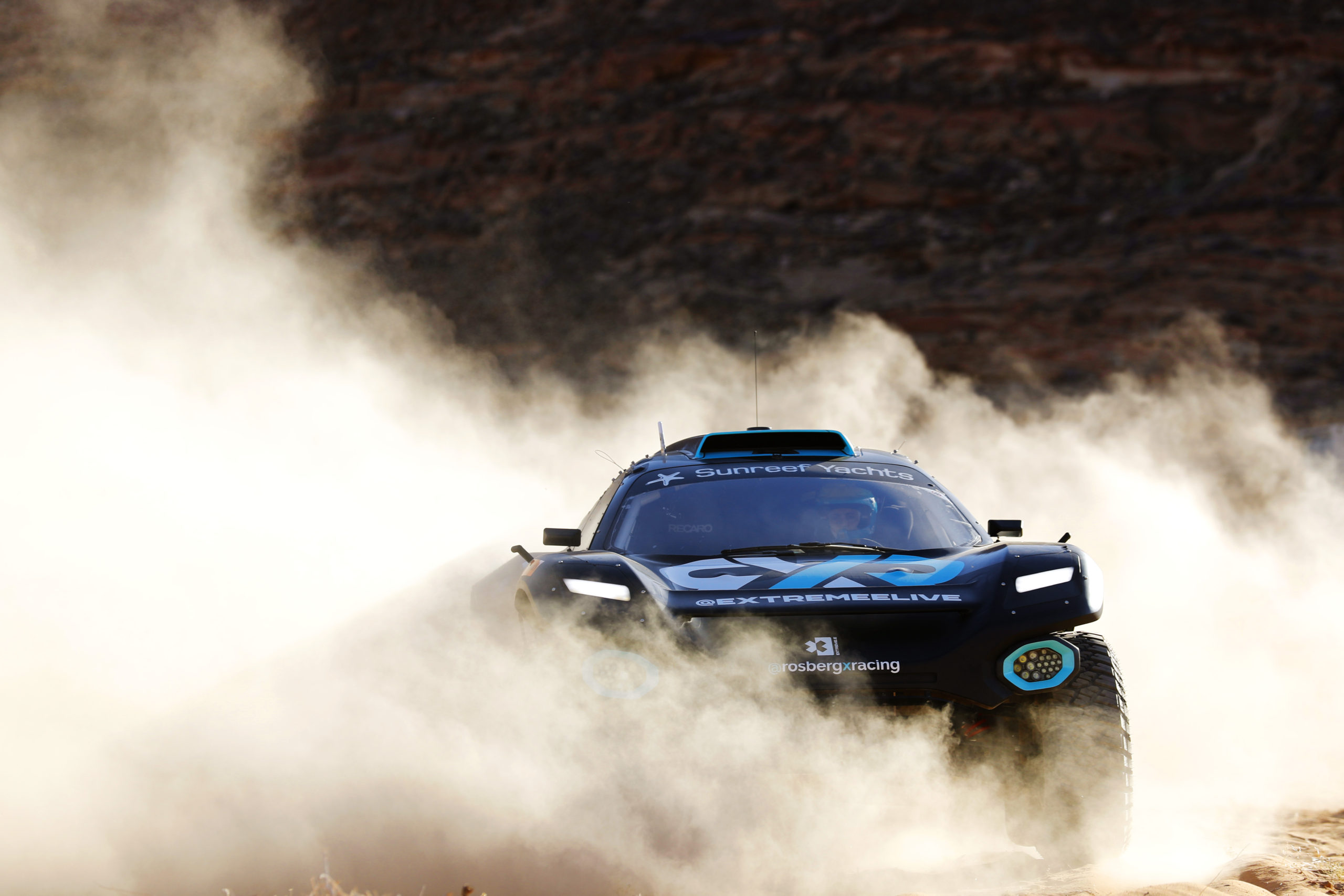 Extreme E had promised to create a spectacle in AlUla last weekend (3/4 April), and the Desert X Prix did just that with jaw-dropping competition, stunning backdrops, high drama throughout, a sensational scrap for glory – and unprecedented media coverage. Having been the pioneering new championship’s trusted Media and PR partner since its inception two years ago, MPA Creative was proud to play its part in what has been widely praised as an exceptional success story.

The pioneering electric SUV off-road racing series is the biggest talking point in motorsport right now, and with good reason, as the purpose-driven championship travels around the world to race without a trace and leave behind a positive legacy, while helping to highlight the impact of climate change upon some of the world’s most remote and at risk ecosystems.

Its winning appeal has attracted legends from every area of the sport, including Lewis Hamilton and Nico Rosberg on the team management side – and Jenson Button, Sébastien Loeb and Carlos Sainz behind the steering wheel of the impressive ODYSSEY 21 E-SUV, a 1,650kg beast of a car capable of reaching 100km/h from a standing start in less than five seconds and tackling gradients of up to 130 per cent.  All the ingredients were in place for an event like no other – and Extreme E delivered with interest.

The series raced into the heart of the Saudi Arabian desert for its inaugural X Prix, and the challenging, high-speed 8.8km track layout – laid out in the midst of a breathtaking otherworldly landscape – was designed to push drivers and cars absolutely to their limits. It did not disappoint.

“We’ve worked so hard on this for many years, and finally everything came together this weekend,” said Alejandro Agag, Extreme E Founder and CEO. “It really has been beyond my wildest expectations. If I had written a script for the perfect weekend, I could not have come up with anything better than what we have witnessed here – I’ve never seen such extreme racing in my life. I think it’s fair to say we have really made our mark.”

Having been on-board from the outset, MPA Creative played a key role in securing that outstanding global coverage. Extreme E Head of Communications, Julia Fry, was quick to praise the agency’s input into an event that was challenging and rewarding in equal measure, generated some of the most spectacular images ever seen in the sport and drew widespread acclaim from competitors and fans alike.

“MPA Creative has worked alongside Extreme E from concept to execution. The company was selected due to its strong motorsport heritage and industry relationships as the series looked to lay firm foundations based around its sporting credibility,” she explained.

“Beyond that, though, the MPA team’s tireless dedication and readiness to go the extra mile for Extreme E has been a huge asset to the series in its start-up journey, resulting in a truly valued partnership which far exceeds the usual client agency relationship boundaries.

“Thanks to Deborah, Carla, Russell, Anna, Simon and all the team at MPA Creative for their unfaltering support. The success of Extreme E’s opening race weekend is a credit to the past two years of hard work. Together we have made motorsport history, and this is just the start.”