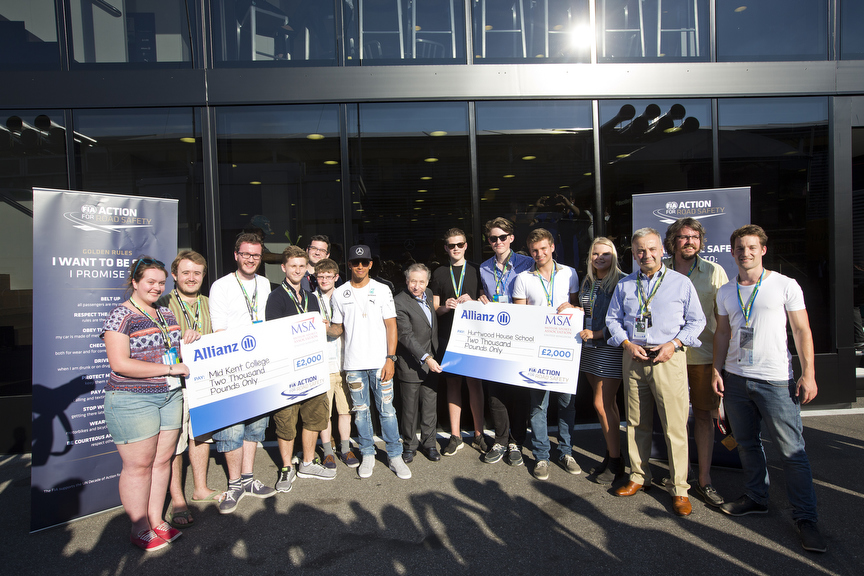 The 2015 MSA/FIA Action for Road Safety Film Studies Competition, supported by Allianz and the FIA Road Safety Grant Programme, is now open. Young people aged 16 to 24 are invited to submit short films highlighting one of the FIA’s 10 Golden Rules for Safer Motoring.

Building on the success of the 2014 contest, which saw 12 prize winners travel to Monza to meet Lewis Hamilton and FIA President Jean Todt at the Italian Grand Prix, in 2015 two incredible top prizes will be on offer for young people who capture the key message of road safety most effectively.

In association with Allianz, two teams of up to five students will get an amazing experience as they travel to a Formula One Grand Prix to enjoy prime grandstand seats. What’s more, each winning team will receive £4,000 to spend on filming equipment.

Entry is open to individuals as well as academic institutions, and the submission process has been streamlined to allow entrants to simply upload their videos to their video sharing website of choice. They then need to email the link to their video to media@msauk.org.

Statistics confirm that road accidents are still the biggest killer among 16- to 24-year-olds in the UK. Working closely with the FIA, the MSA has expanded 2014’s competition making it open to all young people in the high-risk age group. The films will focus on one of the FIA’s 10 Golden Rules:

Entries to the competition should be no longer than 90 seconds and focus on one or more of the above rules, with extra credit awarded for references to motor sport. For full terms and conditions, click here.
The competition closes on 23 July 2015.