NEAL AND SHEDDEN ZERO IN ON BTCC SHOWDOWN AHEAD OF SILVERSTONE 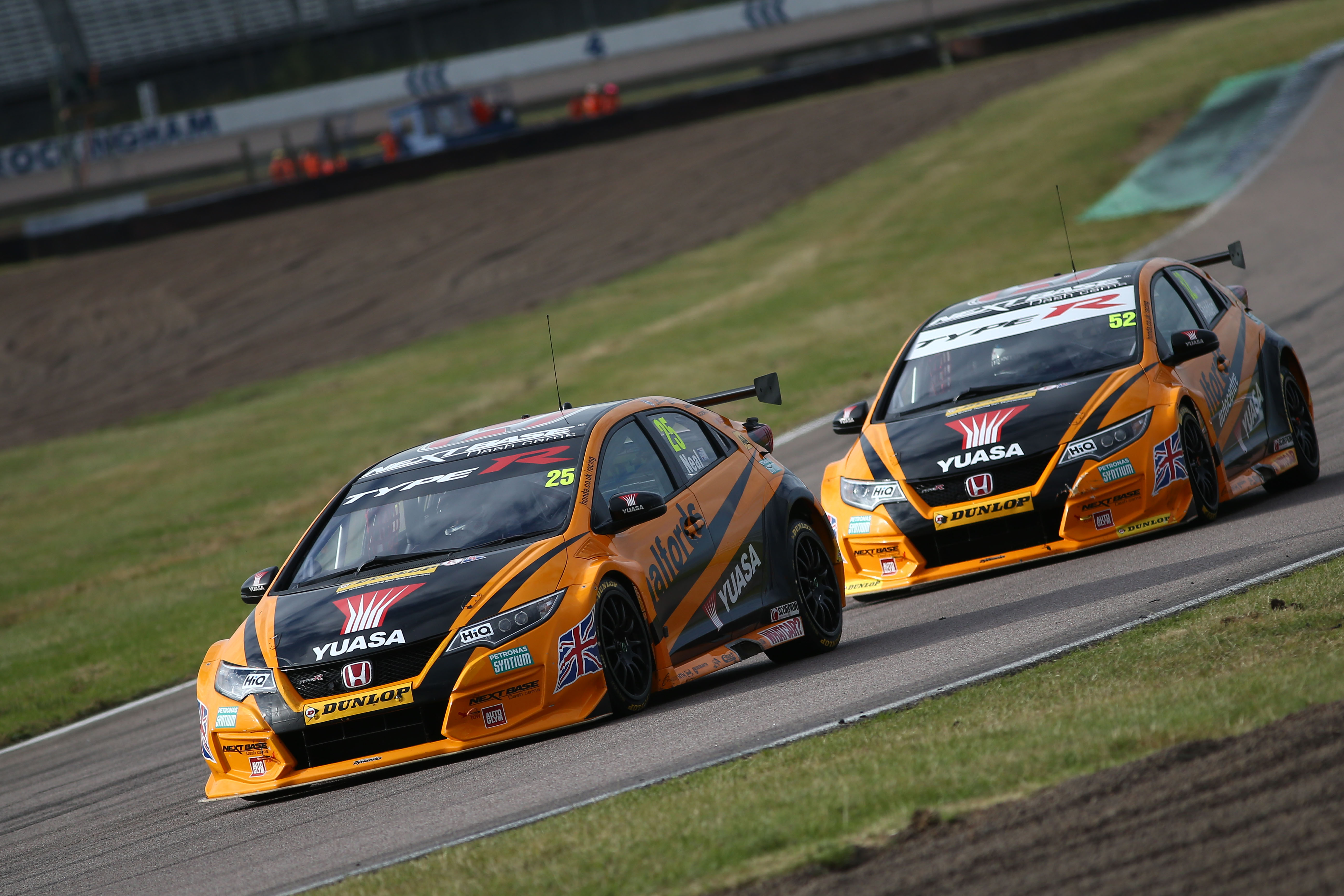 Halfords Yuasa Racing team-mates Matt Neal and Gordon Shedden are firmly focussed on their title ambitions as the 2016 Dunlop MSA British Touring Car Championship speeds towards a nail-biting conclusion – with the penultimate outing set to take place at Silverstone next weekend (17/18 September).

Off the back of a strong weekend at Rockingham a fortnight ago – yielding a victory and runner-up finish for Shedden and a points-scoring hat-trick for the metronomically consistent Neal – the pair will embark upon the ‘business end’ of the campaign as two of the most prominent protagonists in the chase for the coveted crown. The latter is also set to mark a momentous milestone at Silverstone, as he revs up to make his 600th BTCC start in race two.

With the championship battle increasingly taking shape, second-placed Neal sits just five points shy of the summit of the standings with third-placed Shedden 15 further back and inexorably closing in. What’s more, they are the only two drivers inside the top five in the table to have experienced the emotions of a title-decider in the past, with the former clinching the crown in 2005, 2006 and 2011 and the latter triumphing in 2012 and 2015.

As a warm-up to the Silverstone showdown, both men will be joining in the fun at this weekend’s annual Goodwood Revival meeting, participating in the 1950s-themed St. Mary’s Trophy race against a veritable Who’s Who of motor sport superstardom including erstwhile Honda BTCC race-winner and ‘Mr. Le Mans’ Tom Kristensen. They will also contest the RAC TT Celebration race in 1960s machinery – before returning to the cockpit of the rather more modern and state-of-the-art Civic Type R a week later.

Matt Neal:
“I’d be fibbing if I said Silverstone was our most eagerly-anticipated track of the year. The Honda Civic Type R’s key qualities come to the fore in high-speed corners, where its grip and aerodynamics really score – but due to the National Circuit layout, that won’t really factor into the equation next weekend. It’s also tough carrying success ballast this season; you can’t look a superstar in qualifying – it’s all about playing the long game, and Silverstone will be tricky with the weight because it will hurt us in a straight line. Saying that, we expected a difficult weekend at Rockingham and that obviously turned out alright, so you just never know – especially given how difficult to predict the BTCC is at the moment. Our little Civic Type R surprises us every time out, and we are constantly making improvements. The title battle is still wide open and a small advantage can be eroded over the course of a single race, never mind a full weekend so we need to keep our heads down as consistency and staying out of trouble will be paramount. When you get to this stage of the season with so much at stake, it’s all too easy for your emotions to take over but having been there before, we both know what to expect.”

Gordon Shedden:
“It’s fair to say Rockingham was an unexpectedly good weekend – one that fired us right back into the thick of the title fight. Silverstone’s National Circuit is essentially composed of three long straights, which doesn’t play to the strengths of our car but the weather can obviously intervene and the reversed grid throws up opportunities, too. We’ve seen how quickly everything can turn on its head in this championship and it doesn’t take much to make a mistake when the pressure is this high, but Matt and I have both been there before, done it and have the T-shirt to prove it so that experience could prove to be significant. That said, the other guys are all hugely experienced too, so there are no real excuses for anyone. Ultimately, the name of the game is points accumulation and the goal for Silverstone has to be to try to further home in on the championship lead. We will need a little bit of luck, but rest assured we will be giving it everything we can and will duke this out right the way to the end.”