Next stop Poland for Dania Akeel 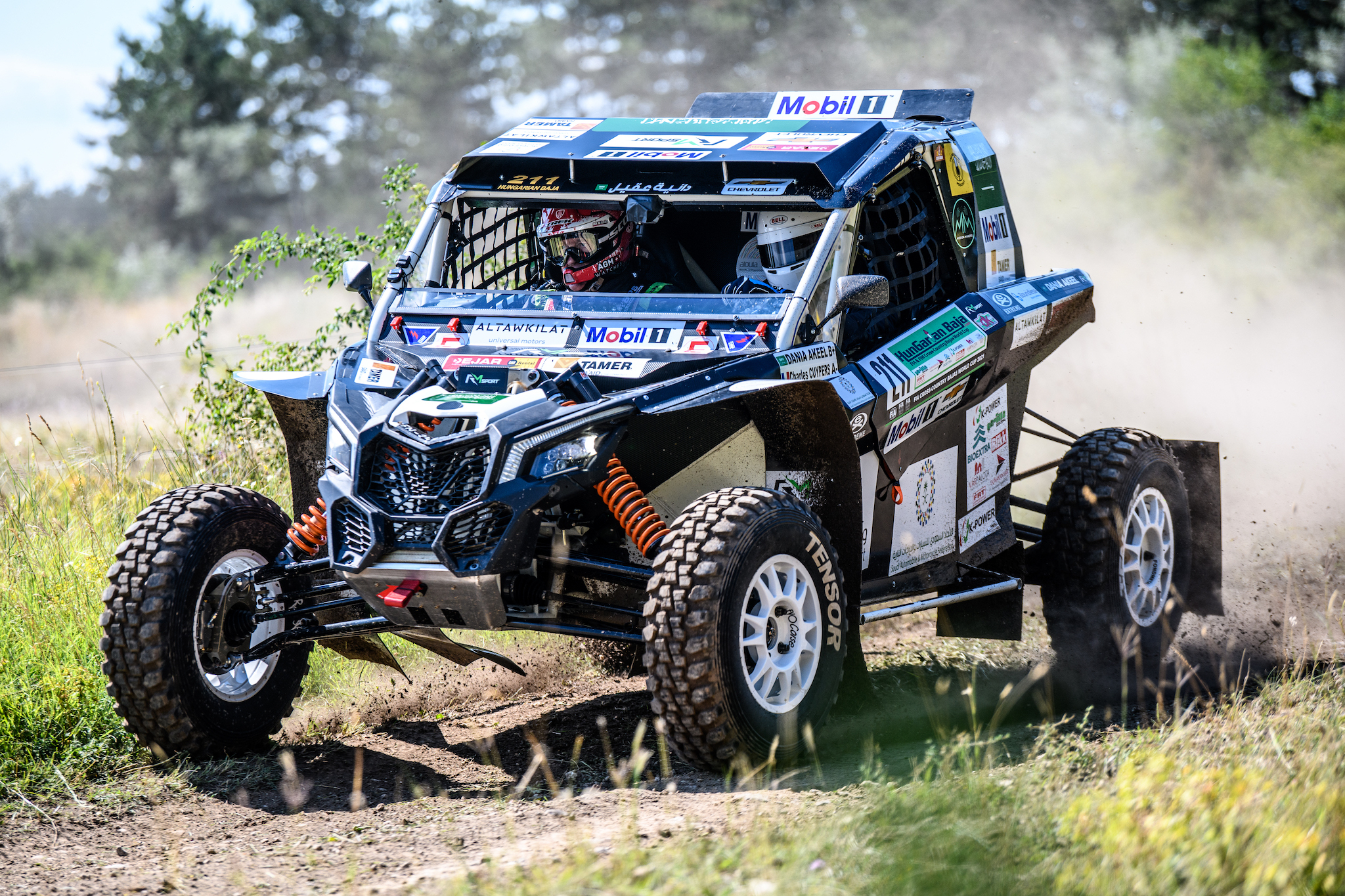 Dania Akeel continues her journey in the FIA World Cup for Cross-Country Bajas this weekend as the Saudi Arabian female driver takes on Baja Poland (26-29 August).

Over 750 kilometres of demanding terrain – across three days of action – awaits Akeel, as she looks to follow on from successful Bajas outings in Saudi Arabia, Jordan and Hungary – the latter being her recent first foray into European competition.

The 2021 FIA World Cup for Cross-Country Bajas is a series of rally raid events for cars, buggies, and side-by-sides held in multiple countries, with Akeel contesting the T3 class for lightweight prototype cross-country vehicles.

Victorious runs in Saudi and Jordan were followed by a second-place finish for the 32-year-old in Hungary last time out, as the competition looks set to be cranked up further with a five-car entry in the T3 class this weekend.

The Wysoka Grzęda Baja Poland is the highest ranked motorsport meeting in Poland as the FIA World Cup will again visit Szczecin, Dobra and Drawsko Pomorskie.

The event also qualifies as a round of the FIA European Cup for Cross-Country Bajas, so Akeel, who will be racing a RM Sport prototype – alongside Frenchman co-driver Stéphane Duplé – has lots to play for.

Akeel became the first Saudi female to participate in International Rally Competition earlier this year and is now just two events away from completing her first campaign, with Poland being followed by her season finale in Italy next month.

Dania Akeel said: “Next stop Poland and I’m really looking forward to yet another new event and new experience for myself.

“The target is to be consistent, finish the event and score some points, as I still have to remember this is my first year competing at this level. It’s my first season, my first cup, and only my fourth race… every event with every kilometre – my goals are still the same.

“The level of competition increases even further in Poland this weekend with five entries in the T3 Class, and they are fast, so it is more important than ever that we focus on our own performance.

“We have made some changes to the setup of the car since Hungary, things like the suspension and shock absorbers to make things more comfortable, as we’re expecting some tough terrain.

“It will be another educational event I’m sure and yet more great experience for my career. We are expecting some water terrain, which will also be a first for me, so we will prepare as best we can.

“It’s good to be back racing with Stéphane (co-driver), having already driven alongside him in Jordan, and he’s likely to do Italy with me next month too.

“Everything is in place and now we look forward to competing in Baja Poland!”