By Hermione Hatfield11th May 2022Uncategorised 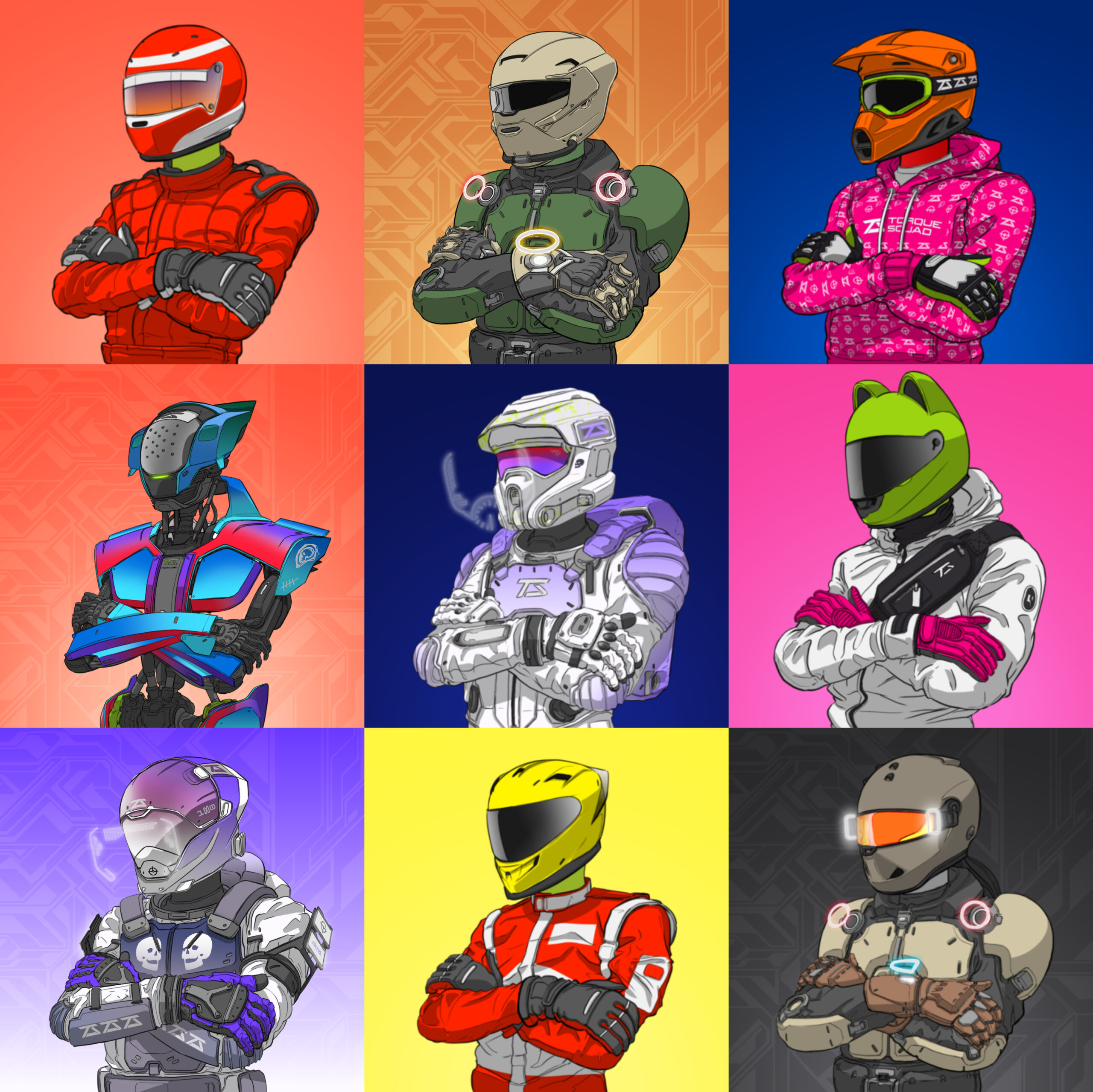 Since the launch of Torque Squad’s NFT collection by Motorverse Corporation, a subsidiary of Animoca Brands, sales have performed strongly in an exciting first month.

What’s more, there is plenty of activity on the horizon for Torque Squad ahead of a huge month of motorsport, particularly in North America, which began with the inaugural Formula 1 Miami Grand Prix.

Last month, Motorverse announced the launch of Torque Squad – a collection of 8,888 racing avatars NFTs called “Torqies”. Torqie NFTs are generated with individually styled details and intricate hand-drawn artwork to delight motorsport enthusiasts. These Torqies act as the entry point to the Motorverse ecosystem, which is partnered with the REVV Motorsport ecosystem.

So far, more than 5,900 Torqies have been sold as the organisation successfully surpassed the 50% milestone in its first month since the launch.

Moreover, 20 lucky members of the Motorverse were able to attend Australia’s first F1 race in three years in Melbourne last month – all through attaining access to the Motorverse via Torqie NFTs.

Motorverse co-founder and CEO Matt Solomon said: “Being in motorsport for a lot of my life, now having been deep in the Web3 space for over the last two years, it’s amazing to see the Torque Squad bridging the gap between the NFT/crypto world and the real world. This is just the first step however, as we aim to create new initiatives that bring Torqies closer to the action, through more events, gaming and the open metaverse.”

The sponsorship of the Miami Grand Prix by Crypto.com epitomises the growing impact of cryptocurrency platforms.

Motorsport fans will already be familiar with the logos of Crypto.com, as the world’s fastest growing cryptocurrency platform became a Global Partner of Formula 1 in 2021. With over 10 million users worldwide, Crypto.com is committed to building the future of the internet, Web3.

Powered by cryptocurrency, Web3 will be more fair and equitable, owned by the builders, creators and users. Motorverse exists to give the motorsport community an identity and place to call home within Web3.

Ahead of the Grand Prix, Crypto.com dropped an NFT collection to mark the 2022 Miami Grand Prix. For 36 hours on April 18th 2022, those with a Crypto.com NFT account could buy NFTs representing sections of the official Miami International Autodrome’s track. As part of its “Miami Minted” NFT collection, the NFTs featured authentic representations of street art commissioned for the upcoming race.

Solomon added: “Crypto.com’s sponsorship of F1 is definitely a ‘bullish’ sign for crypto and NFTs. More people than ever are entering the space and understanding what NFTs can do outside of being just an image. With the Torque Squad, we want to offer a kind of membership program that offers the holders unique opportunities both on and offline.”

The Torque Squad project has partnered with numerous top racers from across the world of motorsport, including Juan Pablo Montoya, Joey Logano, Brad Binder, Rene Rast and Sebastian Montoya.

More than just images or profile pictures (PFPs), Torqies offer true utility across multiple areas in both the real and virtual worlds. Ownership of a Torqie provides entry to the Motorverse ecosystem, which is being integrated with REVV Motorsport and is adopting the REVV Token as its ecosystem utility token. Additionally, various REVV ecosystem NFTs will be supported in several of the upcoming Motorverse experiences.

More is to come in May for Torque Squad.

Two-time Indy 500 winner and Torque Squad Ambassador Montoya will once again compete in the famous race at Indianapolis for Arrow McLaren SP. A custom, bespoke NFT will be made to mark the seven-time Formula 1 Grand Prix winner’s attempt at a third Indianapolis crown.

Juan Pablo Montoya added: “I am really excited to be part of the Motorverse and the Torque Squad crew – I think it is awesome.

“I think it is had been at the forefront of this environment, especially with Web 3 coming, and I think it is amazing. The future of everything is here and is exciting to be involved with this and what is coming up next.”