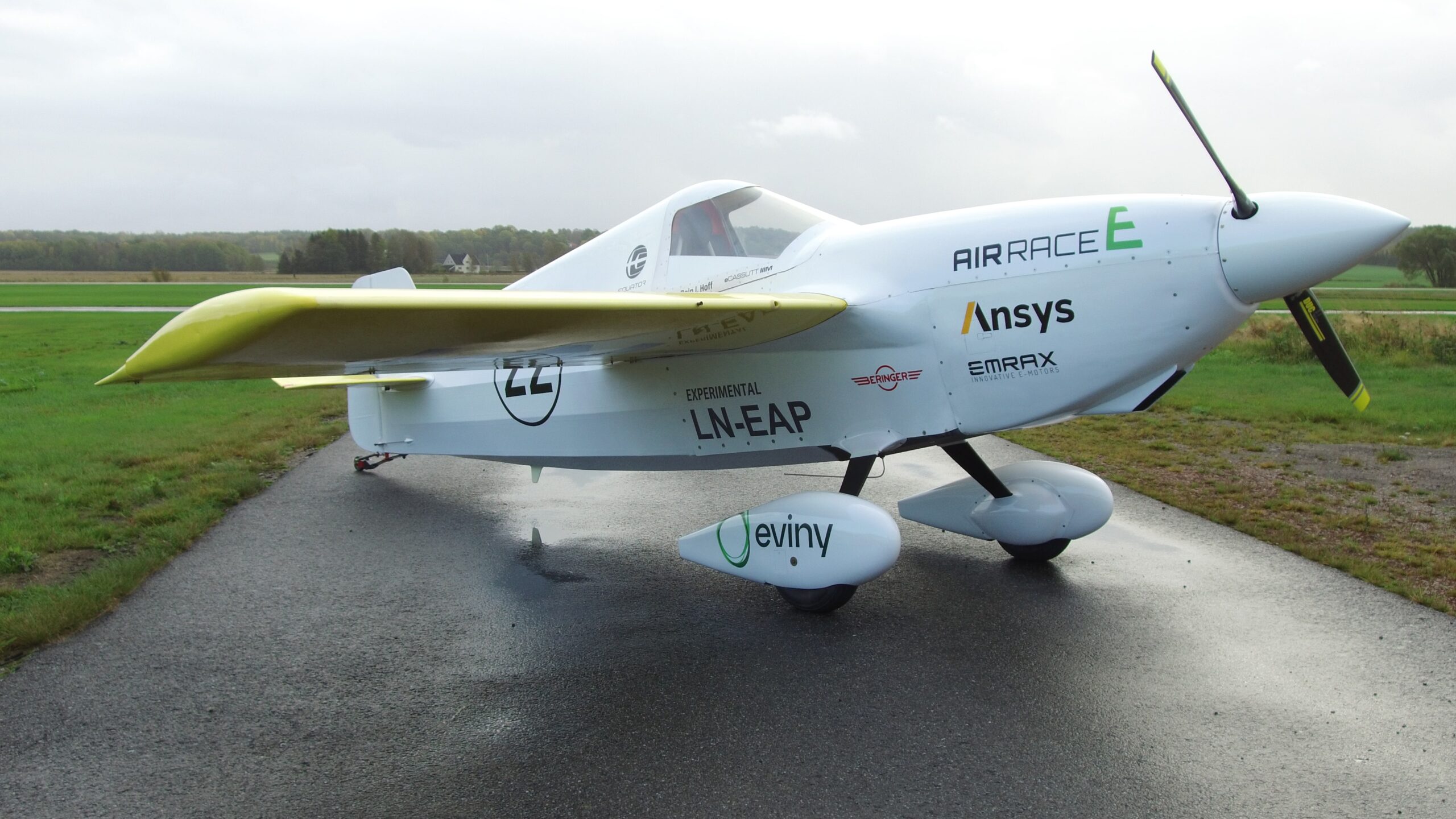 The Nordic Air Racing Team will make history by carrying out the first-ever electric race plane flight in preparation for the inaugural season of Air Race E.

The Norwegian-based squad has emerged out in front after a frenetic development race between competing Air Race E outfits, with numerous teams originally looking to claim the prestigious first flight honors.

Air Race E is aiming to launch the maiden season of the Open Class – which allows teams to produce their own unique powertrain configurations in accordance with the formula rules – in 2023, and the competition to develop a working electric race plane prototype has rapidly accelerated this ambition.

Faced with opposition from squads based in Switzerland and America, the Nordic Air Racing Team has belied its slight status to claim the honor of carrying out the first flight and the modest 12-person outfit is due to conduct the landmark test at Jarlsberg Airport later this year.

Speaking ahead of the historic moment in aviation history, Sponsoring and Communications Manager Pierre Dussaux said: “This is such a big challenge. Building an electrical plane, and a race plane at that, is a process full of surprises.

“It is so exciting, and we are hoping to develop impressive performance levels from this incredibly light aircraft. It will be so light and so fast, so when we see this plane in the air for the first time we will be very, very excited. It has been such hard work for our dedicated team of volunteers.

“One of the major attractions of Air Race E as a platform is that the series provides an opportunity to prove our own technologies for future production. This gives our team freedom to develop and perfect our designs and systems for use in other sectors.”

The first flight of an Air Race E plane is the result of months of intensive development and, with the pioneering championship standing out from other air competitions with its commitment to manned flight, Nordic Air Racing Team’s Rein Inge Hoff is set to be the first pilot to get behind the controls of an Air Race E-specification aircraft.

The aerobatic pilot has experience flying a host of different aircraft throughout his extensive career, including a F-51D Mustang and the Supermarine Mk XVI Spitfire, while he also has a PhD in Aerospace Engineering.

The Norwegian team’s electric aircraft – a specifically converted Cassutt IIIM formula race plane – will be put through its paces during the test with a focus on procedural operations and safety while further trials over subsequent weeks will fine-tune the high-performance aspects of the aircraft.

That development will be the responsibility of technical personnel such as Power Electronics Engineer Raimondas Misevicius, Mechanical Integration Engineers Jon Roger Fossen and Knut Brødreskift and Simulations Engineer Sathvik Rao.

“Considering the small amount of resources we have at Nordic Air Racing, we can be proud of the hard work performed by our team and their motivation to get us in the air as soon as possible,” said Project Manager Brødreskift.

“The most important thing this year is to be able to compete, with planes that have had enough time to be tested before, in order to guarantee a high level of safety. If we can make that happen, we will have a lot of opportunities to refine our technological choices and bring cutting-edge solutions for this sport to become a reference in aerospace technology.”

The Nordic Air Racing team are blazing a trail for fellow Air Race E outfits as they design and manufacture their own aircraft ahead of the Championship’s inaugural campaign, and the pioneering squad are eager to see the impact the series can make on the aviation industry.

“We are really excited about Air Race E as a series,” revealed Dussaux. “It will be so interesting to watch thanks to the tremendous acceleration potential of the aircraft. There is still a lot to create, but I am really hoping that Air Race E will be a success and shine a focus on green technology.”

Jeff Zaltman, CEO of Air Race E, said: “We are closing in on the first-ever flight of an all-electric racing plane, and it promises to be a landmark moment in the creation and development of Air Race E as a championship.

“I will be excited to see the hard work of the Nordic Air Racing team pay off when they make this historic flight, while I am grateful for the dedication and professionalism of all the teams, engineers and personnel who have contributed on our journey towards this milestone.”