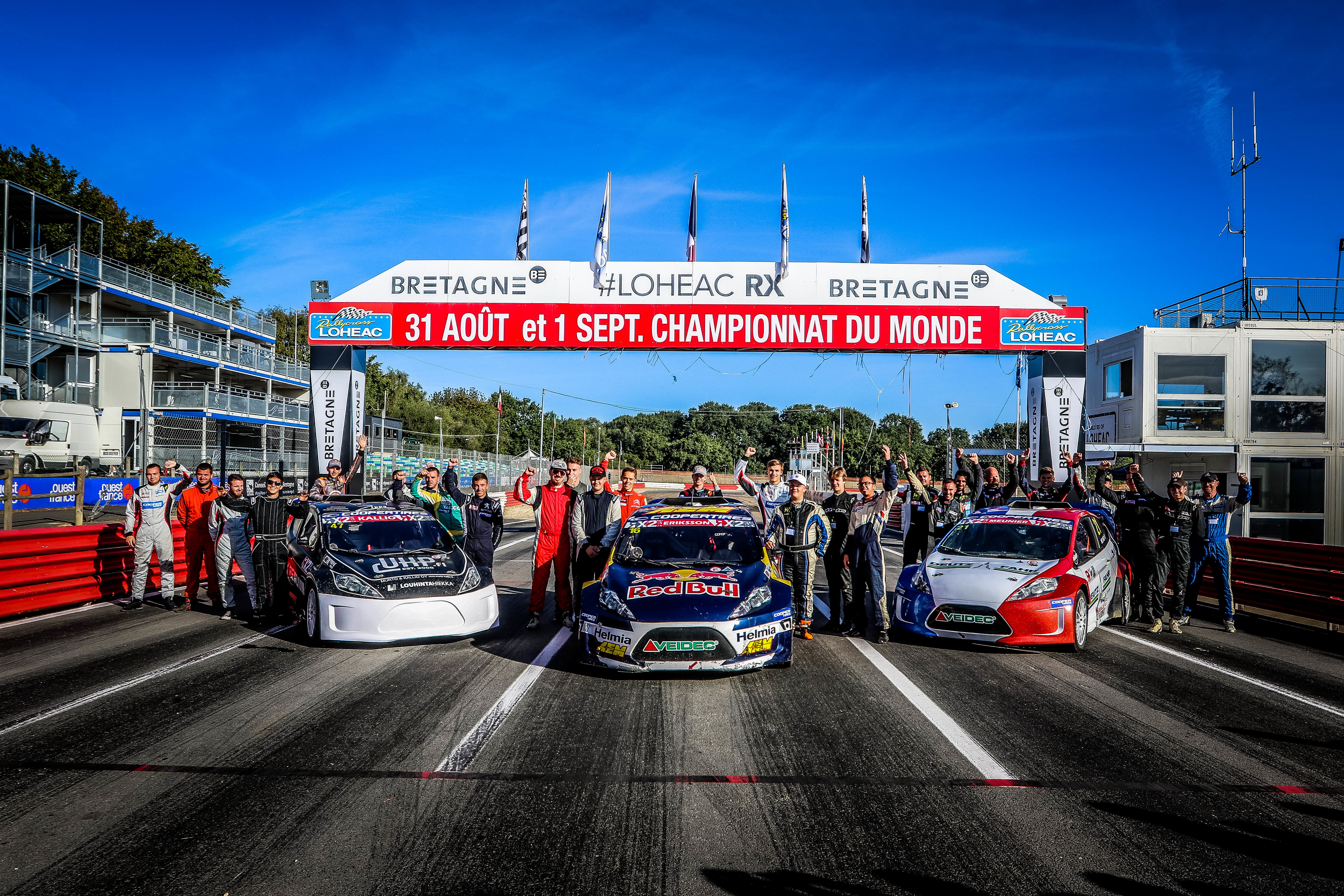 Less than 24 hours after the chequered flag had fallen on a pulsating final at Lohéac – widely regarded as the best race in RX2 International Series presented by Cooper Tires history – championship leader Oliver Eriksson and home hero Damien Meunier were back at the legendary French circuit yesterday (2 September) to put the next generation through their paces.

The dust had barely had time to settle upon a weekend of superb edge-of-the-seat entertainment when Eriksson, Meunier and GCK Academy FIA World Rallycross Championship star Cyril Raymond – who clinched the RX2 crown in 2017 – returned to the track, only with an altogether different mission.

This time, the focus was not on them, but rather on the 24 attendees at the annual Supercar Lites sampler day. Traditionally held in Scandinavia, yesterday marked the first time the official test had taken place in Western Europe – and future World Championship hopefuls responded with enthusiasm.

The places were filled by a mix of drivers from France, the UK, Germany, Finland and even as far afield as Israel, and with varying levels of motorsport experience. At one end of the spectrum, Maximilien Eveno and Jimmy Terpereau arrived fresh off the back of top six finishes in the Super1600 class at Lohéac, the former less than a second shy of the podium; at the other end, inaugural DiRT World Champion Joona Pankkonen had never so much as set foot inside a racing car before.

The 310bhp, four wheel-drive Supercar Lites car provides a level playing field not only in RX2, but also in RallyX Nordic, RallyX on Ice and ARX 2 in the United States – offering drivers an unrivalled opportunity to demonstrate their ability in equal machinery in front of leading team bosses.

Two such high-profile outfits were present at the test, with both Eriksson and Raymond – the Frenchman three times a champion in Supercar Lites machinery and the Swede gunning for a third title of his own this year – running in Olsbergs MSE cars and Meunier with Team Färén.

The latter, indeed, understood exactly how the 24 hopefuls in front of him felt – he had been one of them himself at the Supercar Lites test at Strängnäs Motorstadion in Sweden two years ago, when his prowess behind the wheel and mature approach outside of the cockpit left Raymond waxing lyrical. Fast forward to 2019, and Meunier has now contested three RX2 events on the World Championship stage – reaching the final on his debut in Barcelona.

Yesterday’s test, similarly, witnessed a number of eye-catching efforts, with drivers lapping up the chance to show what they could do away from the pressure cooker environment of a race weekend. RX2 CEO Andreas Eriksson was extremely encouraged by what he saw.

“The reason we chose to hold the Supercar Lites sampler day at Lohéac this year is very simple,” he explained. “There is a wealth of rallycross talent in France and neighbouring countries, and we wanted to give them the opportunity to show what they could do – they certainly made the most of it.

“We had drivers from Super1600, from Autocross, from hillclimbing, from time trials, from karting – and some with no racing experience at all. They all participated fully in the day, listened to what their driver coaches were telling them and improved from one lap to the next. There were definitely a few potential superstars in our midst, and ultimately, that is what this test is all about – discovering and nurturing the next generation. On the basis of what we saw yesterday, the future looks bright.”