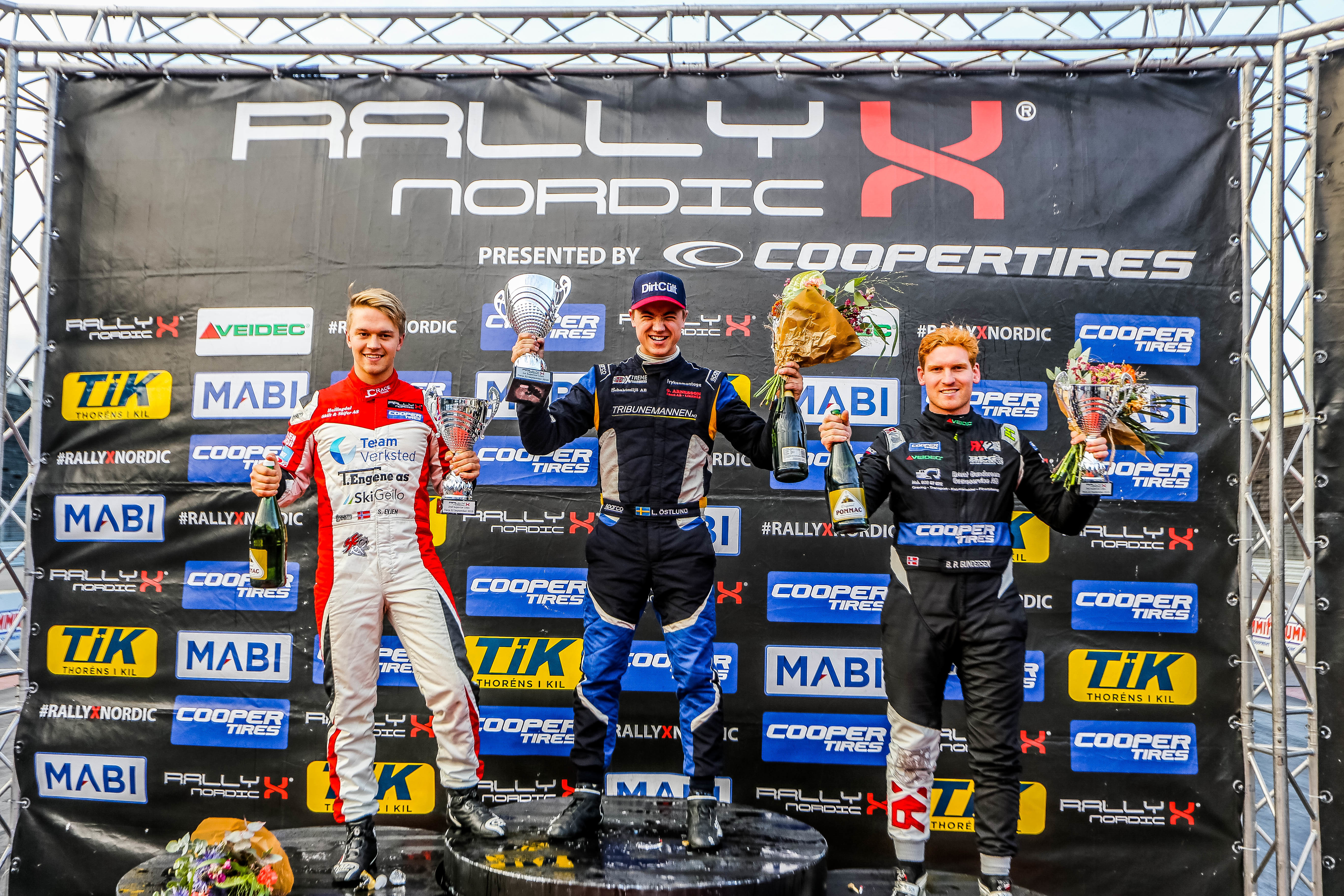 Östlund’s 2019 season – his first full year at Supercar Lites level – saw him finish second in the overall standings. Two victories and a further three podiums from seven starts represented a superb achievement given his comparative lack of experience in the category.

Two guest outings in the RX2 International Series presented by Cooper Tires confirmed the 20-year-old’s Nordic pace, as he finished second at his home round of Höljes during the always fiercely-contested ‘Magic Weekend’. The OMSE driver also made it into the final in South Africa en route to fifth place.

In 2020, the Swede is back for more, with the clear objective of becoming RallyX Nordic Supercar Lites champion. With the continuity of a second consecutive campaign with OMSE and improved track knowledge, he is bullish about his prospects.

“The whole Nordic season last year was better than we had hoped for,” enthused Östlund. “It was our first full campaign in Supercar Lites and we didn’t expect to finish where we did, so we were very happy with the results. The victories were very special, Tierp more so because we didn’t really have the speed that weekend, but we were there when it counted and were able to win.

“To fight with the other guys who have a lot of knowledge was great experience. I had wanted more at Höljes, but we had some problems on the first day. On the second day, I was hoping for a win, but of course we were happy to come away with a podium.

“We had some struggles on the first two days of the RX2 event at Höljes, but we kept the pace on Sunday and had a really good semi-final which put us on pole for the final. It was an emotional rollercoaster of a weekend with my home crowd there, and my best event of the year – some childhood dreams were definitely achieved that day. We’ll be back this year for the ‘Magic Weekend’ and we’re working on more events in RX2.

“I’m aiming for the top spot in the Nordic championship. Of course it’s not a bad result if we finish second or third but I think we have the pace and the tools to do the job. There is lots to watch out for with the new guys coming in this season. Martin Enlund was quick at Höljes and Nils Andersson knows how to drive a car – I’ve known him since we were kids. Everybody is really fast and it is quite unpredictable right now, so I’m looking forward to it.”