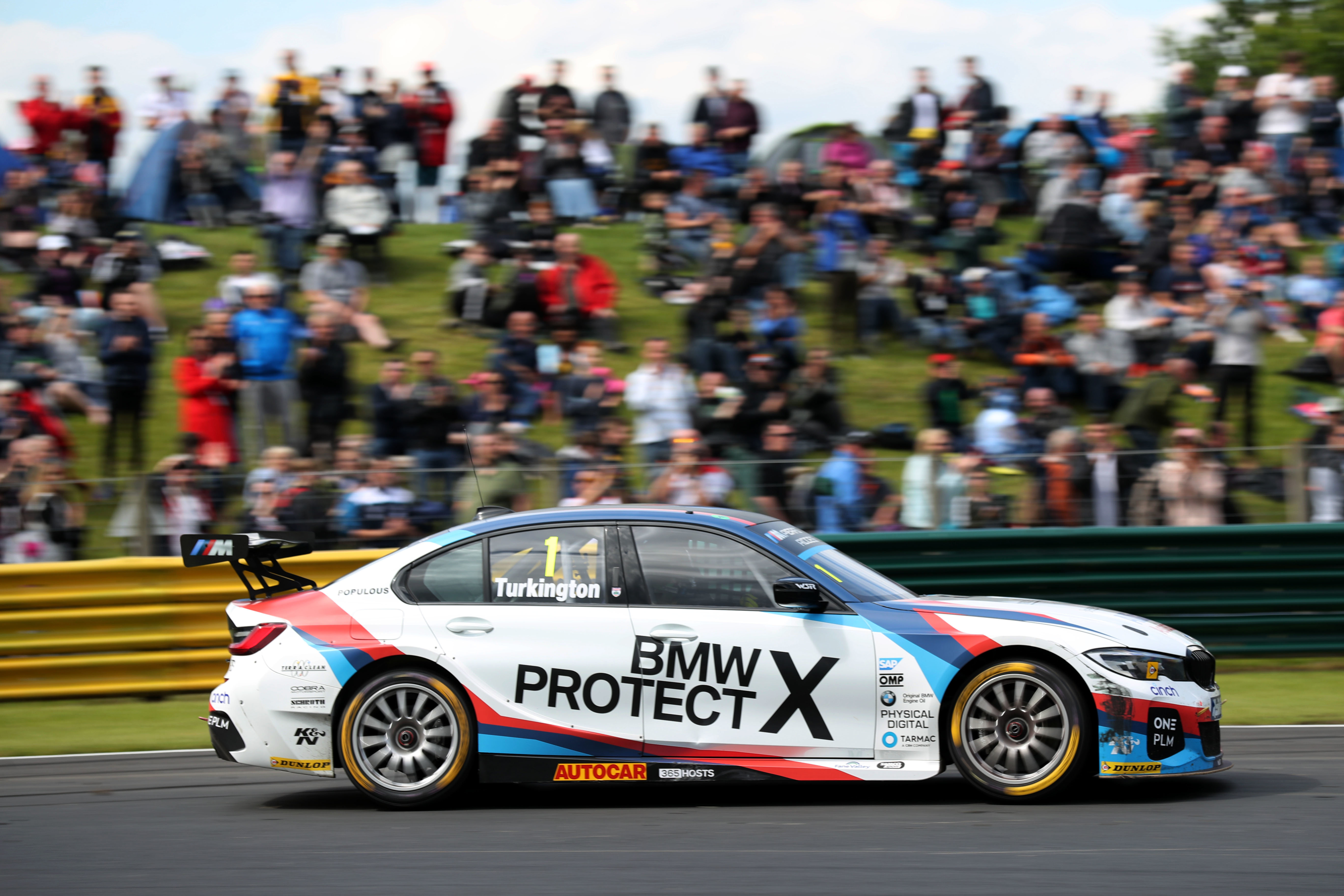 Courtesy of a hat-trick of top six finishes, Turkington sped clear at the summit of the standings in North Yorkshire, opening up an 11-point advantage as he bids not only to defend his crown but also to become just the second driver to win four titles in the UK’s premier motorsport series.

The Northern Irishman boasts a stellar record at Oulton Park, too, with eight race wins to his credit around the challenging and picturesque circuit. Indeed, the last time he competed there in a BMW 3 Series – back in 2009 – he took a double victory.

Team BMW stablemate Tom Oliphant has been out of luck of late, but Oulton Park is home turf for the 28-year-old from nearby Tarporley, and he has achieved multiple podiums there in BTCC support series in seasons past.

BMW Pirtek Racing’s Andrew Jordan, meanwhile, vaulted from ninth up to fourth in the title table with a second consecutive double top last time out, as he continues to bounce back from a pointless Donington Park weekend in April, when he was removed from contention through no fault of his own.

The 2013 champion has impressively won half the races he has started this year, and he travels to Oulton Park with happy memories. He reached the BTCC rostrum there for the first time in 2008 and has been one of the highest scorers in each of the past two seasons, tallying four podium finishes in BMW machinery and taking the chequered flag no lower than fifth.

Turkington, Oliphant and Jordan’s combined results have put BMW at the top of the Manufacturers’ classification heading to Oulton Park, with Team BMW a close second in the Teams’ rankings. All of the race day action will be broadcast live and in high-definition on ITV4 on Sunday, 30 June, beginning at 11:00am.