By Russell Atkins1st May 2015NEWS 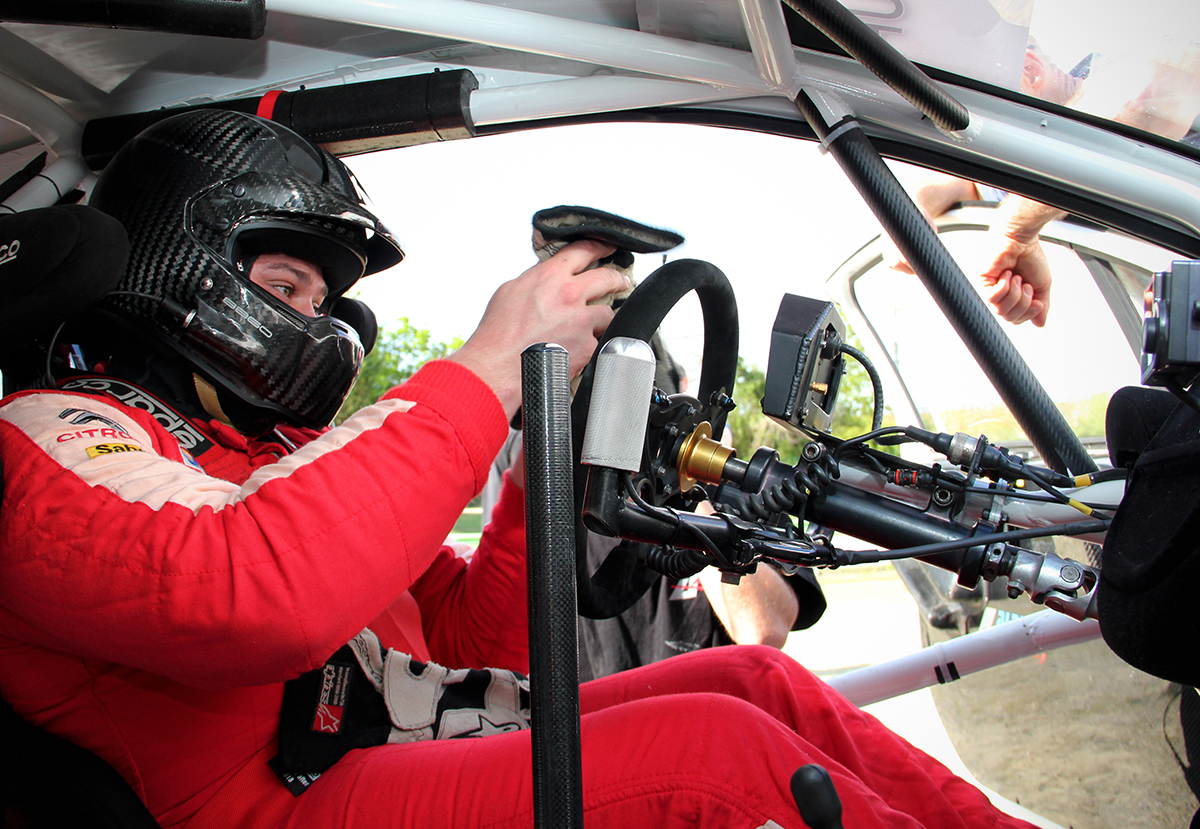 Wales’ premier motor sport venue Pembrey is next up on the schedule for the 2015 MSA British Rallycross Championship in association with the Shannon Group on Sunday, 10 May – with the promise of lap-after-lap of high-octane, wheel-to-wheel action and the addition of a famous name set to add to the appeal.

The MSA Supercar class is the headlining attention-grabber, with no fewer than 12 flame-spitting, four-wheel-drive, turbocharged 600bhp beasts all vying for the same piece of gravel or asphalt – and all capable of accelerating from a standstill to 60mph in under two seconds. Or, to put that another way, quicker than a Formula 1 car.

The usual suspects will all be in attendance, including championship leader Andy Scott – who has triumphed in the opening two rounds of the campaign at Croft and Lydden Hill in his immaculately-prepared Peugeot 208 – reigning title-holder Julian Godfrey (Ford Fiesta) and series sponsor Ollie O’Donovan, who will be debuting his new Fiesta at the race weekend.

A newcomer to the Supercar fold at Pembrey will be former RX150 race-winner and European RX competitor James Grint – brother of Harry Potter star Rupert Grint, known to legions of wizardry fans as Ron Weasley. The 24-year-old will line up alongside Scott at Albatec Racing and is palpably champing at the bit to take to the track in Wales.

“I like Pembrey – it’s the first track I ever drove in rallycross in the buggy, and this will be my third time there,” enthused Grint. “It’s fast with some very tight corners, so I’m excited to get out there in a Supercar. The event offers a perfect opportunity to gain more seat and track time and I’m under no pressure, but I still have ambitions to get a podium.”

A host of support classes constitute the undercard at Pembrey, with the 15-strong MSA SuperNational category one of the most fiercely-contested. Daniel Rooke is the current pace-setter in his Citroën AX, but he is hotly pursued by Allan Tapscott (Vauxhall Corsa), Gary Simpson (BMW E30), Tony Lynch (BMW Mini) and lady racer Paige Bellerby (Lotus Exige) amongst others. Mike Howlin adds a dash of local flavour, and the Milford Haven resident’s spectacular driving style in his Fiesta never fails to lift the crowd to its collective feet.

Super 1600, the thrill-a-minute Suzuki Swifts – led by Tristan Ovenden – Swift Juniors, BMW Minis, RX150 Buggies and Retro Rallycross ensure there will never be a dull moment on race day, whilst Jeff Hope-Davies (Builth Wells) is another home hero eager to shine in his Citroën Saxo VTS in the Hot Hatch class.

“We’re very excited about welcoming British Rallycross to Pembrey,” enthused circuit manager Phil Davies. “It’s always a well-attended meeting on our calendar, and with the calibre of competition that we’ve witnessed so far in 2015, I can’t wait to see what the drivers have up their sleeves for us next weekend – action-packed is an understatement!

“The Supercars are awesome pieces of kit – you only have to look at their acceleration figures to appreciate what they are capable of – and getting through the heats into the final will be an achievement all in itself given the strength-in-depth in the field. As to the support classes, there are always surprises aplenty, and everybody out on the spectator banks watching is in for a real treat!”

Tickets for the MSA British Rallycross Championship at Pembrey on Sunday, 10 May are available on the gate priced at just £12. Overnight camping on Saturday is free-of-charge. The action will get underway with practice from 09:00, followed by the heats and finals.

Live streaming for the event can be found at http://livestream.com/accounts/1426300