Established in November 2014 at The Regent Street Motor Show, London, World GP Bike Legends sees some of the greatest names in bike racing history renewing their rivalries back aboard brutal two-stroke screamers from the sport’s golden era.

Among those rolling back the years at high profile events staged throughout Europe are ‘fast’ Freddie Spencer, Kevin Schwantz, Phil Read, Troy Corser and Angel Nieto.

MPA Creative masterminded the WGPBL on Regent Street, London in November 2014 and has been retained ever since to promote on-going appearances in Spain, Germany and Silverstone in the UK.

The inaugural World GP Bike Legends took place at Jerez on 19-21 June 2015 launched with expert support from the experienced MPA Creative team. The three-day festival saw the biggest group of former world champions ever assembled, all racing flat-out against each other aboard grand prix motorcycles from 1980 to 2000, with 125cc, 250cc and 500cc classes all in attendance.

The popular festival not only featured incredible on-track racing action, but also a host of other activities to entertain the crowds. There was live music topped by Bonnie Tyler and Toseland on Saturday night, a trade village plus classic and modern bike displays. 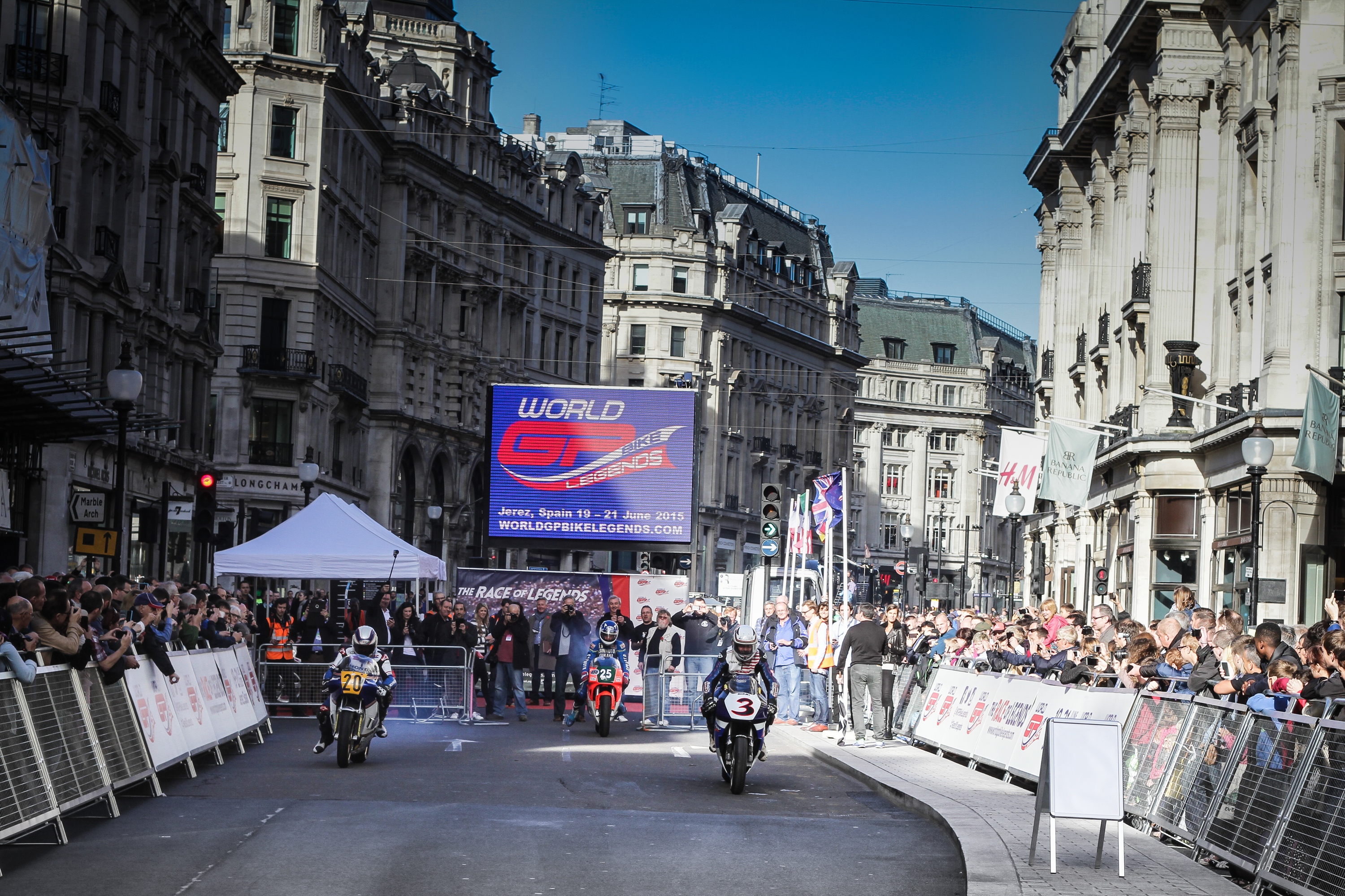