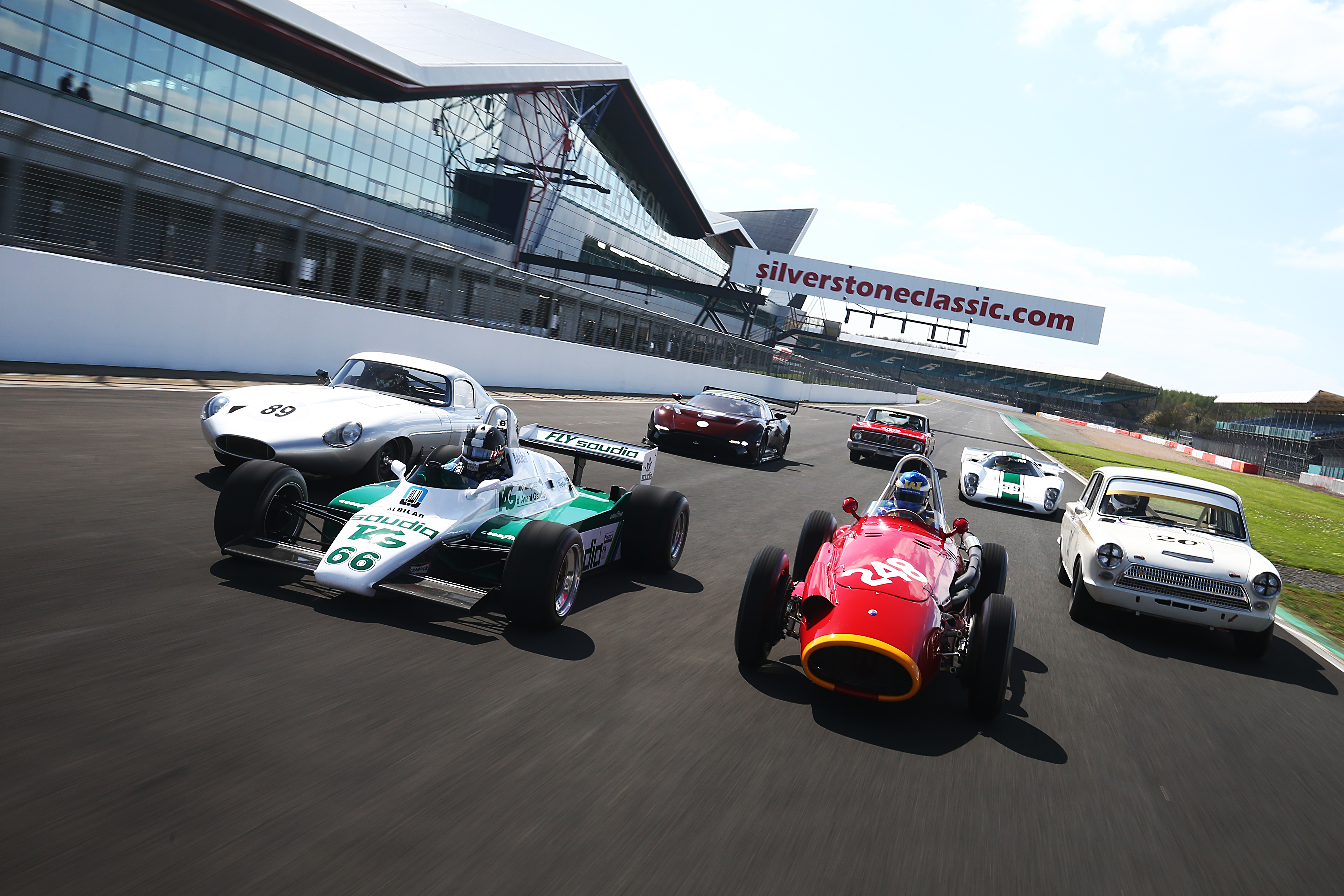 Competitors revving up for the milestone 2020 Silverstone Classic (31 July-2 August) are being offered an invitation to attend an exclusive ‘Preview Day’.

Staged on Wednesday 29 April, the curtain-raiser will include a free-of-charge opportunity for participants to track test their cars in advance of this summer’s very special 30th-anniversary celebration.

Held at the ‘Home of British Motor Sport’, the pace-setting Silverstone Classic has long been the world’s biggest classic motor racing festival, annually attracting around 1,000 race entries and crowds of more than 100,000.

Now, to honour the inspirational event’s 30th birthday, this year’s racecard will feature all the ‘Greatest Hits’ from previous pioneering Classics. As a result, the packed 2020 programme features the full spectrum of historic motor sport including magical retro races for F1, F2 and Formula Junior single-seaters as well as GTs, sportscars, sports-prototypes, saloons and touring cars, including the return of the epic Mini races which proved so popular last July.

The annual Preview Day in April gives competitors contesting these anniversary showdowns the chance to fine-tune their cars and/or familiarise themselves with the full Silverstone Grand Prix Circuit. While this track time is provided totally free-of-charge, all those taking advantage of the generous offer are being encouraged to make a donation to Alzheimer’s Research UK.

April’s curtain-raising Preview Day will include morning and afternoon test sessions segregated into classes, with an extended break at lunchtime to facilitate a number of pre-event photo opportunities and other publicity-generating activities on-track (details for media accreditation are presented below in the footnotes).

“This is a very significant landmark year for the Silverstone Classic,” remarked Nick Wigley, Silverstone Classic CEO. “We are now making our own history as it is 30 years since the original innovator – the seminal event which first ignited the passion for motor sport meetings dedicated entirely to historic racing.

“While we have strived to create an incredible family festival crammed with entertainment for all ages and interests, it is the unrivalled roster of races that has always made the Classic so very, very special. As a result, we are again delighted to be offering our ever-enthusiastic competitors a free day’s testing as a big ‘thank you’ for the key role that they continue to play in  this remarkable success story – though, in exchange, we would welcome a donation to Alzheimer’s Research UK, which I’m sure we all agree is a very worthwhile charity.”

Understandably, with so many full capacity grids in the summer, the offer of free testing at Silverstone is likely to be oversubscribed and the limited number of available places are certain to be swiftly snapped up.

Applications – strictly restricted to those competing at the 30th-anniversary Classic – will be accepted on a ‘first come, first served’ basis and entry forms are now available via the official event website at: https://www.silverstoneclassic.com/competitor-info/Preview-Day-Testing.

For the public, Early Bird tickets for the 2020 Silverstone Classic are on sale until the end of March offering significant savings. Adult prices start at just £39 giving ‘access all areas’ with admission to both race paddocks, trackside grandstands and the live music concerts on Friday and Saturday evenings.