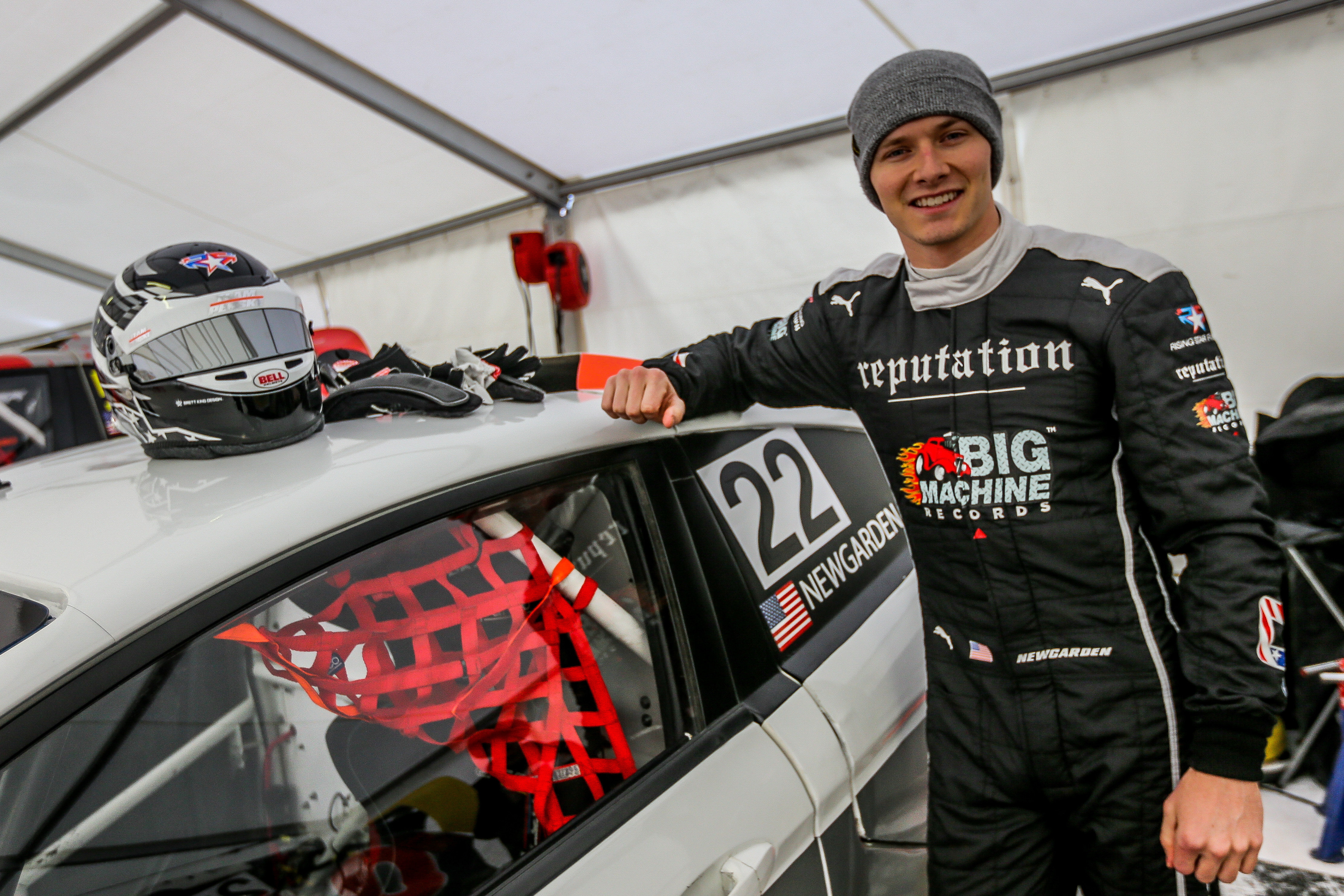 Reigning Verizon INDYCAR Series Champion Josef Newgarden got his first taste of driving quickly on snow today, as he revs up towards his RallyX on Ice debut at Ål in Norway tomorrow (25 February).

The American will pilot the No.2 Supercar Lites entry, fielded by Swedish rallycross powerhouse Olsbergs MSE and bearing the iconic colours of Team Penske. Here, he shares his thoughts on his initial laps behind the wheel…

How have you found your first experience of ice driving?

It’s been a blast. It’s obviously very different to what I’m used to. You have to drive this car sideways all the time. You can’t not be doing anything – you have to either be on the brakes or on the throttle or on the handbrake. It’s been tricky to get my brain around what I need to do and the biggest thing for me right now is finding consistency, but it’s an awesome car to drive, especially on the ice. I like the fact that you have to drive it hard – you can’t relax at any stage. I realised very quickly that as soon as you stop doing something, the car stops working. I’ve just been trying to figure out how to use the brakes, how to pitch the car in and how to get back on the throttle – it’s all very different in terms of the technique, but hopefully now I’ve got a little bit of an idea of what I need to do to be competitive. For me as a driver, it’s a great opportunity to learn a new skillset – getting that diversity in your toolkit I think helps you a lot. I’m enjoying it and I think it’s going to be fun to try and figure it all out this weekend.

Coming from an open-wheel background, is this a bit like learning how to drive all over again?

Yeah, it’s almost like I’ve never raced before! It’s not quite that dramatic, but the technique is so new to me that you have to forget everything you’ve learned from an open-wheel perspective or in karts. I think that’s fun, though. It forces you to try something different and to adjust and that, to me, makes you better at the end of the day. I’m enjoying the challenge and hopefully if I get on top of it a little bit more, I can be competitive for the races.

Talking of doing something different, what inspired you to come and try this in the first place?

Obviously we have Team Penske on the car, so they’ve allowed us to come and do this, and it’s fun sharing the car with my team-mates. We had Austin Cindric out here for the first two rounds, I’m doing this one and then Hélio Castroneves is coming to do the last one. I think Hélio’s going to be a little out of his element when he comes next weekend, being from Brazil, and I’m actually excited to see how he’s going to do. It’s been a big Team Penske effort, and we’re really just having some fun during the off-season, trying something new. We’re normally pretty busy at this stage of the year preparing for the start of the IndyCar campaign, so it’s cool to get the opportunity and I didn’t need asking twice! It would be great to be able to bring this car and series to the States – I’d love to do it if it was a little bit closer to home, but at the same time, it’s fun to come to Norway. It’s beautiful to see this country and everybody’s been so welcoming. I couldn’t turn this opportunity down. As soon as Team Penske told me about it, I was ready to rock!

You drove a few laps of the track today – how did you find it?

It’s very technical, with a lot of hairpins and chicanes and it looks like a really interesting course. It’s weird being on a lake, driving around in a rallycross car, but it’s been fun. The grip changes constantly throughout the day, which is different to the way a track rubbers up in an open-wheel car. They’re all things to take in and try to figure out.

Yeah… I was trying to finish the day with a pretty hot lap and I think it would have been a good one, but it just caught me out. Still, it was good to get that out of the way – hopefully it won’t happen again tomorrow. We had a lot of clean laps for most of the day.

So what’s the aim for race day? The other drivers don’t mess about, do they..?

Obviously these are some of the top guys around in rallycross, so it’s going to be difficult to be successful but for sure, we would like to have a good run. The key will be to not make too many mistakes. I’d love to win a race – that would be great. I don’t know how high up we can get; if we make it into the final, I’ll be really satisfied – that would be a big achievement and I think it’s a good goal for us. It’s going to be difficult – these guys are the best-of-the-best in this type of series, so I’ve got my hands full for sure up against them – but hopefully we can find some speed and be competitive.

All four rounds of RallyX on Ice will be livestreamed by the world’s biggest digital motorsport platform, motorsport.com via its Motorsport TV online channel.