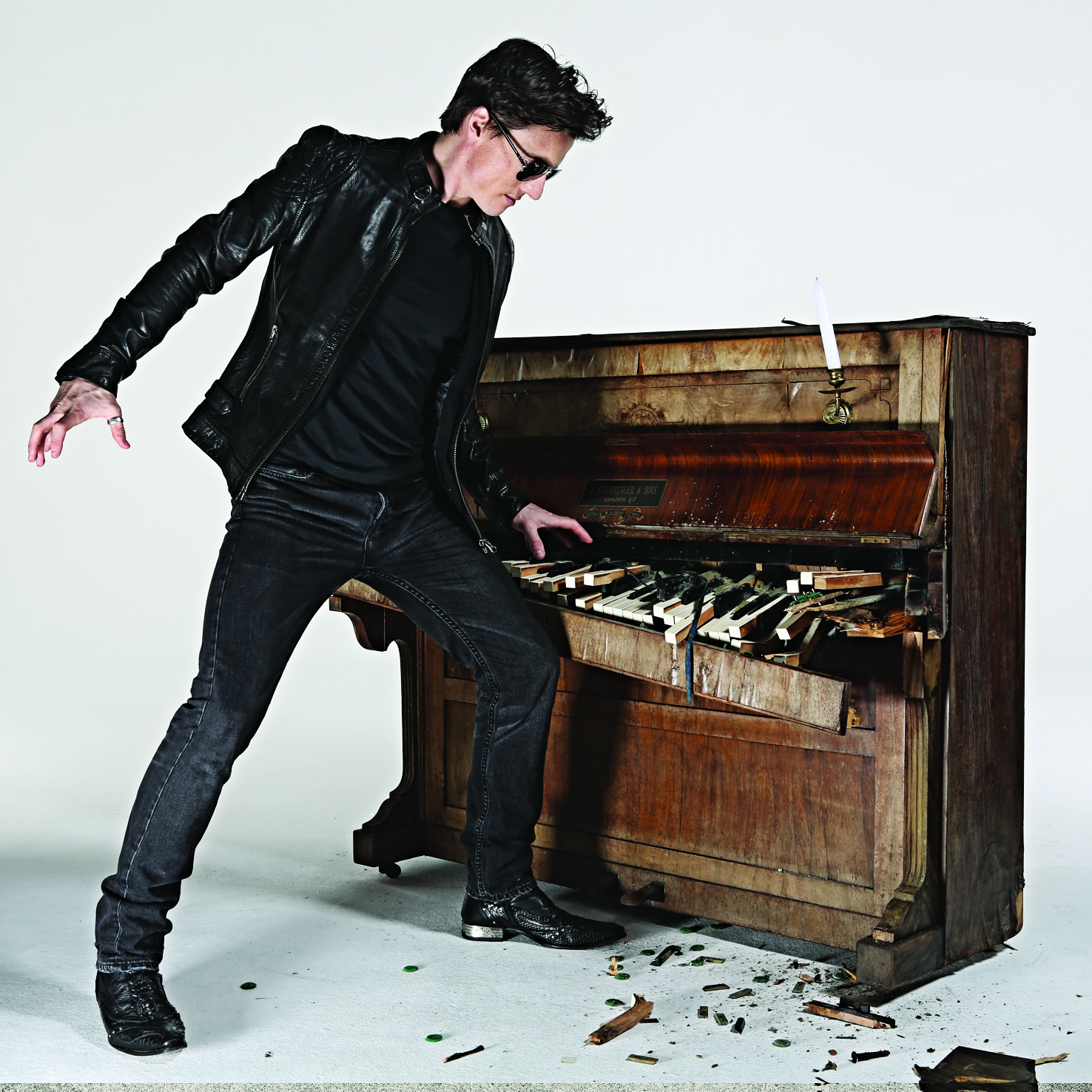 Having already conquered the world on two wheels – twice – motorcycle racing hero James Toseland will thrill fans with another of his skills at the eagerly-anticipated inaugural World GP Bike Legends at Jerez, Spain (19-21 June) by taking to the music stage.

Toseland sped to World Superbike Championship title glory with Ducati in 2004, before replicating the feat with Honda in 2007. He subsequently graduated to MotoGP – the pinnacle of international two-wheeled competition – and dazzled by qualifying second fastest on his debut and posting top six finishes in each of his first two races, the latter at Jerez.

Since retiring from the sport due to injury he has turned his attentions to a burgeoning music career with his eponymously-named band Toseland who will kick off an evening of unmissable rock music on Saturday night at World GP Bike Legends.

The group’s debut single premiered online in April 2013, and Toseland was subsequently invited to play the Download Festival in addition to supporting rock royalty Status Quo, Aerosmith, Reef and The Darkness. Last summer, the band played Chris Evans’ popular CarFest events, and just under 12 months on, the rock quintet are sure to delight fans with tracks from their first album Renegade at Jerez.

“I’m really excited about this gig,” said James. “Bike crowds are always full of energy and we can’t wait to rock the racing fans at Jerez. There’s going to be a mega collection of bikes, not to mention loads of the riders that I looked up to when I started racing. To see them back and actually going for it on the track should be spectacular, and then we get to repay the favour in the evening and give everyone a show to remember!”

Toseland will open the Saturday night music stage before another legendary rocker – Bonnie Tyler – closes the show with a set of her unmissable hits. Click here to read more.

Also confirmed on the music stage – this time for Friday night – are two of the world’s top tribute bands: QueenMania and The ZZ Tops.

QueenMania have toured Europe with their incredible homage to Queen – one of the most influential and successful bands ever seen. Their uncanny renditions of international super-hits like Bohemian Rhapsody, We Will Rock You and of course We Are The Champions – which could serve as an apt theme song to World GP Bike Legends – will keep the audio feast going long after the 500cc monsters have wound down for the day.

Meanwhile The ZZ Tops are a unique three-man tribute to rock music’s best known Texan boogie band who will undoubtedly bring the house down with classics like ‘Gimme All Your Lovin’, Sharp Dressed Man, Cheap Sunglasses and many more.

The music stage constitutes an important element of the all-new event’s intoxicating blend of non-stop on-track action and off-track entertainment. The concerts will be complemented by infield displays and a shopping village brimming with all things bike-related.

Former motorcycle racing world champions Freddie Spencer, Wayne Gardner, Christian Sarron and Kevin Schwantz will go elbow-to-elbow on-track in the ‘Race of Legends’ and will be joined by many other famous faces from years gone by.

There will additionally be feature races in 500cc, 250cc and 125cc classes, uniting the largest collection of motorcycle racing talent ever seen. There will also be a host of support races to make sure the thrill-a-minute two-wheeled battles rage from dawn to dusk throughout the weekend.

The fantastic early bird ticket price of €55 offers access to the full three-day extravaganza, including all the racing action, entry to the grandstands and paddock, the shopping village and all the live music. Early bird ticket prices end on March 31. Children 12 and under also go completely free! Tickets are available to buy via the www.worldgpbikelegends.com website.