RALLY THE GLOBE IS READY TO REIGNITE THE SPIRIT OF ADVENTURE 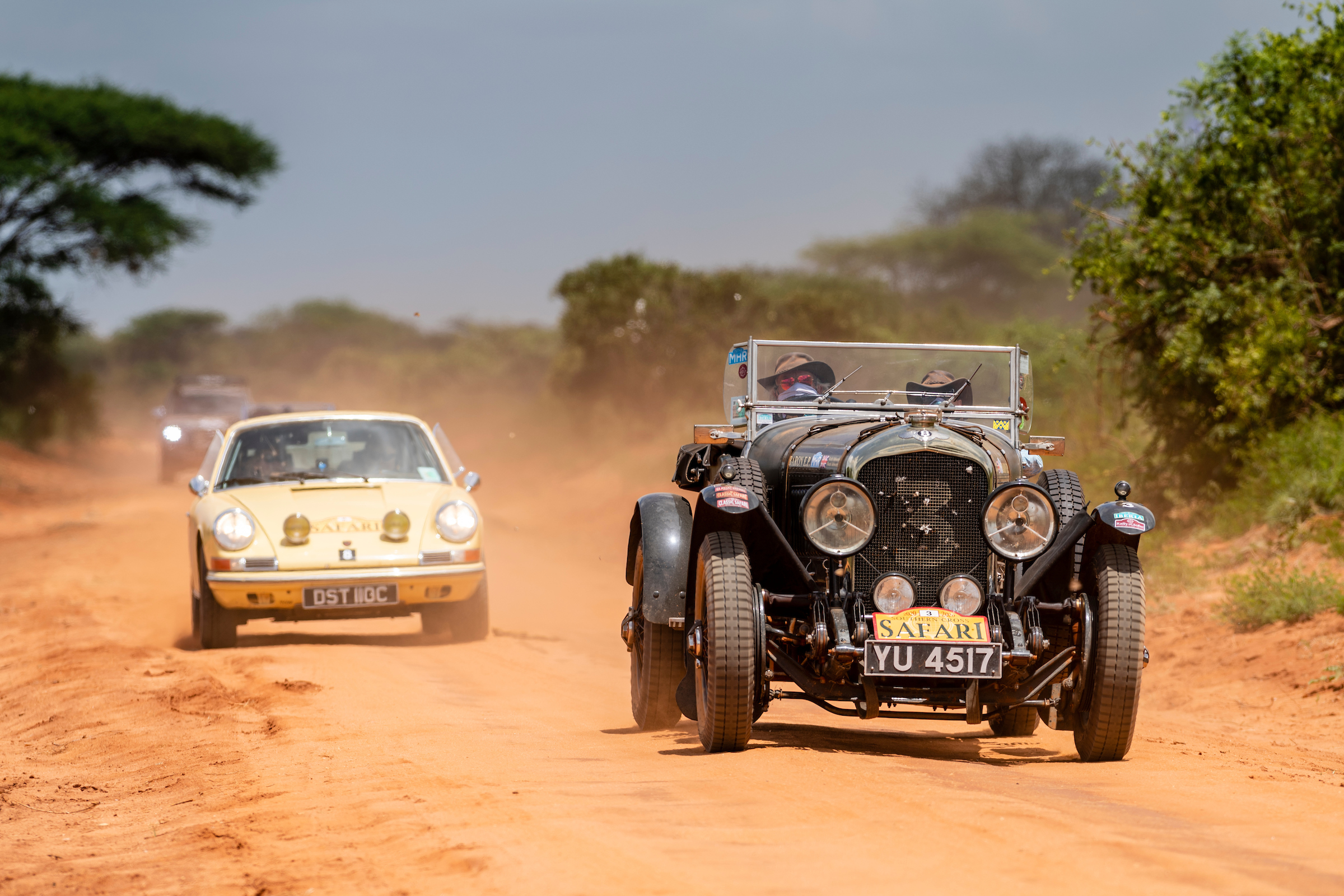 Rally the Globe is now gearing up for the return of competitive adventure and convivial camaraderie for teams crewing evocative vintage and classic cars with a revised calendar of much-needed, inspirational events confirmed today (Monday).

The action recommences in the UK swiftly after the lifting of national lockdown protocols, before the reintroduction of international fixtures in the autumn. Initially these overseas events will be based in Europe before once again venturing further afield in early 2023.

“So much has changed in the 12 months since the conclusion of our extraordinary Southern Cross Safari in East Africa last March (photo above), but the fantastic Rally the Globe team is primed and ready for a very welcome resumption just as soon as governments give us the go-ahead,” confirmed Graham Goodwin, Rally the Globe’s Chairman.

“The last year has obviously been extremely challenging but, through diligence and design, Rally the Globe had the best insurance in place to cover the cost of events that had to be cancelled. As a result our hugely experienced team, expertly led by Fred Gallagher and Mark Appleton, has been working throughout the hiatus to counter all the unprecedented challenges. Now – like the rest of us – they cannot wait to get back on the open road.”

The new programme has been meticulously planned to deliver an exhilarating – yet viable – roster of memorable driving experiences as the increasing spread of vaccines reopens the world to travel.

To restore spirits, refresh navigational skills and revitalise both cars and drivers, a series of short, single-venue accomodation ‘Cloverleaf’ rallies have been introduced to herald in the resumption.

Two great locations have been selected for these energisers: the spectacular 13,000-acre Laudale Estate set on the west coast of the Scottish Highlands and Nidderdale in the equally enthralling Yorkshire Dales. Numbers are very restricted and initially reserved for club members and those who had entries to rallies which have had to be cancelled or postponed due to the global pandemic.

The arrival of autumn, however, welcomes a wider audience. First is a return to the great driving roads of Scotland for the eagerly-anticipated Highland Thistle Rally closely followed by the already-announced Carrera Italia, a magical trip through the wonders of northern Italy via Tuscany, the Dolomites and Italian Lakes. There is still time to enter both events.

Originally set for last October, September’s rescheduled Highland Thistle (photos top below) starts and finishes at the golfing mecca of historic St Andrews. Further enhanced with challenging timed tests and regularity sections, the awe-inspiring route will take competitors though the dramatic Highlands and Glens to and from the stunning landscapes of the Isle of Skye.

The following month’s Carrera Italia (photos beneath below) swaps St Andrews for Sanremo and includes some of the world’s greatest rallying roads over high passes in the Ligurian Alps and Dolomites.

It will run in a similar style to Rally the Globe’s super-successful Carrera Iberia with top class hotels and an all-asphalt itinerary plus visits to several of the motor sport mad region’s notable race circuits. The 10-day Latin escapade also takes in the splendour of Verona, San Marino and Como plus two unforgettable nights in Cortina d’Ampezzo, the Queen of the Dolomites.

2022 then kicks off with a pair of re-scheduled rallies: the innovative Generations Rally in March and then the eagerly-anticipated Ypres to Istanbul Challenge in early summer.

The former is set in the enchanting Lake District, England’s largest National Park, renowned for its rugged mountains and glacial ribbon lakes and is open to family driver/navigator crews comprised of different generations, whether fathers and daughters, aunts and nephews or even grandparents and grandchildren.

Introduced specifically to inspire those of a younger age to experience the competitive pleasure and convivial ambiance of the endurance rally fraternity, its cleverly conceived, three-day weekend configuration has been created to minimise time spent away from school, college or office.

The latter anticipates a growing thirst for international travel. It commences in Belgium and concludes in the historic gateway to Asia on an epic journey featuring plenty of challenging European gravel and asphalt roads through countries such as Germany, Austria, Czech Republic, Hungary, Romania, Bulgaria and, finally, Turkey.

The action then returns to inspirational Italy for the Vintage Dolomites – reserved for pre-1946 cars – before the resumption of Rally the Globe’s truly global endurance events with the epic Road to Hanoi Marathon in January 2023. This will feature a never-before–experienced driving route through the amazing topography and cultures of Thailand, Laos and Vietnam in the lesser-known parts of southeast Asia.

“After everything we’ve all been through in the past year, we really want not only to revive the wonderful excitement and friendships that our rallies promote but also to rediscover the spirit of four-wheeled adventure,” explained Fred Gallagher, Rally the Globe’s well-respected Rally Director.

“We have challenged ourselves to create a new-look calendar within what’s possible. The driving force fuelling everything we set out to achieve at Rally the Globe has always been a determination to explore new events in special places. These amazing experiences are for sharing – that’s why we are all so thrilled to be rekindling likeminded passions and counting down the days to the first of our first new Cloverleaf events.”

For more information on Rally the Globe visit www.rallytheglobe.com.