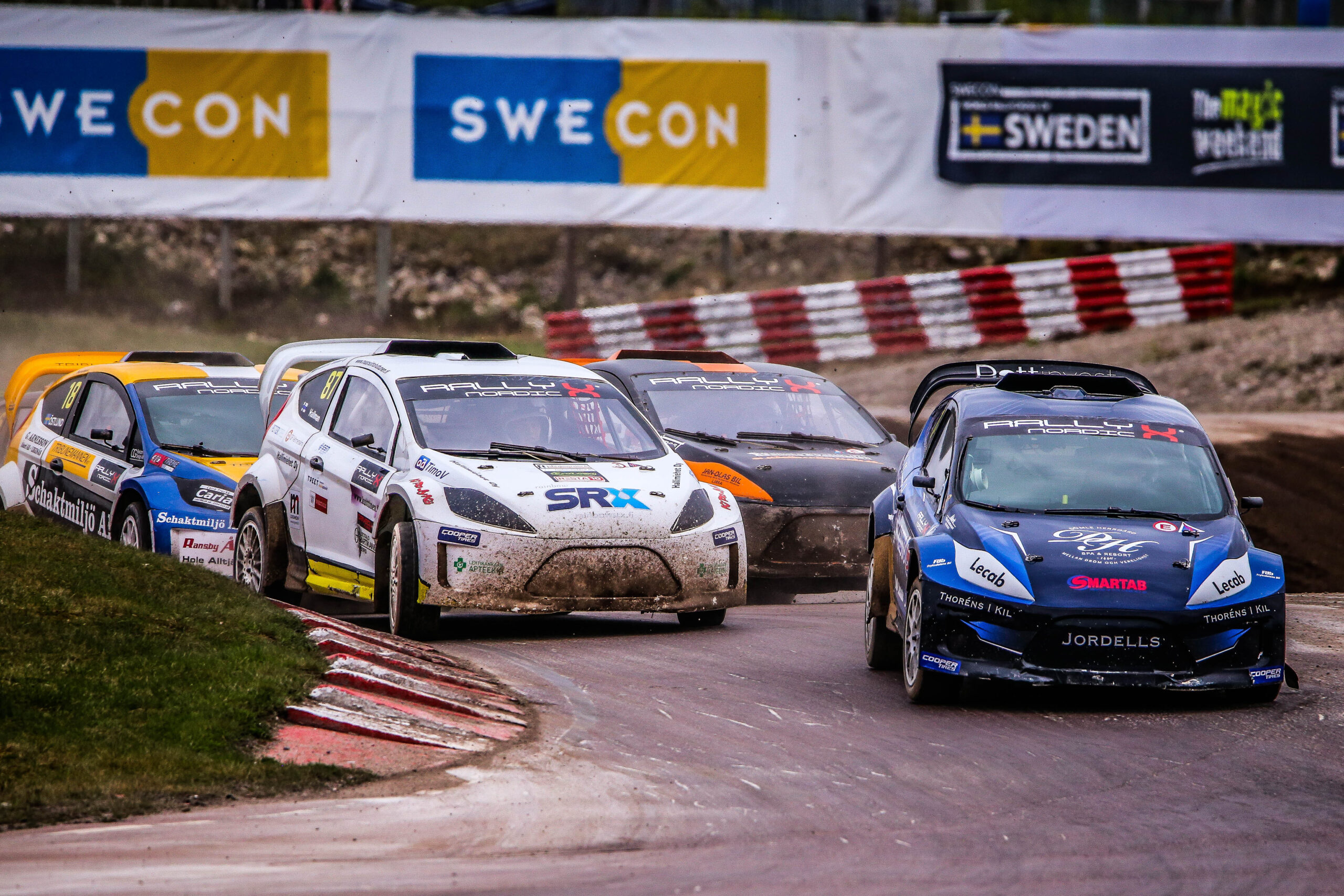 RallyX Nordic presented by Cooper Tires has announced its plans for the eagerly anticipated 2022 season, as the series aims to build on yet another industry-leading campaign this year with a largely unchanged formula of high-octane action across six categories at some of the region’s most popular circuits. The calendar itself features tried and tested venues from past seasons, all but guaranteeing a championship brimming with drama and excitement.

With more entries than ever before in 2021, the series has enjoyed a period of unprecedented success in recent years, with social followings, driver/team entries and online audiences growing exponentially as RallyX continues to go from strength to strength. Couple this with the series’ sustainability principles and the crowd-pleasing on-track action the championship delivers at each event, and you have an unquestionable recipe for success that other racing series have begun to follow.

The upcoming RallyX season will once again be live and free-to-air throughout the year via the RallyX TV YouTube channel following resounding praise from drivers, teams and fans alike. In 2022, coverage of the series will be even more forward-thinking and innovative, utilising new technologies and ideas, bringing action to the fans in more exciting ways than ever before.

RallyX will rev into life with a media day in Sweden on April 29 with the exact venue still to be confirmed, while the long-awaited 2022 championship officially gets underway with Rounds 1 and 2 at the iconic rallycross mecca of Höljes, Sweden (13-15 May) which is now a mainstay on the RallyX Nordic calendar producing sensational action across all categories.

Kouvola, Finland is set to host Rounds 3 and 4 just two short weeks later at a venue that last hosted the Finnish round of the championship in 2019. At the event, RallyX will be joined by the Finnish national championship in a spectacular festival of rallycross following the success of similar events in previous seasons.

Similarly, the Biķernieki circuit in Riga, Latvia featured on the 2019 calendar of RallyX and returns to the schedule this season for Rounds 5 and 6. Like Finland, the series will welcome the Latvian and Lithuanian national drivers to participate alongside the championship regulars.

The stage is set for a dramatic season finale at an all-new venue for 2022. The yet to be announced circuit will feature a new facility that aims to be created in a sustainable way as RallyX continues to revolutionise sustainability in motorsport.

Six categories on the bill

Alongside the existing the pre-existing Supercar Lites, Supercar, CrossCar/Crosskart, Open 2WD and CrossCar Junior classes, RallyX welcomes RX2e to the paddock as a guest category for 2022.

The headlining classes remain the single-make Supercar Lites category ensuring the RallyX bill is the global hub of building future rallycross stars. Meanwhile, the Supercar category’s regulations allow for a mixed field with all Supercar classes globally being encouraged to race, ensuring a diverse range of cars powered by sustainable sources.

The supporting cast will continue to provide the ultimate proving ground for aspiring drivers in rallycross, through CrossCar, Open 2WD and CrossCar Junior.

Andreas Erikson, Founder, RallyX said: “RallyX is really doing something different at the moment, something new and exciting. It’s great for us to be pushing the boundaries when it comes to sustainability and driver development for the future – the series is becoming extremely relevant when it comes to green initiatives, and we will show the way not just in rallycross, but in motorsport generally.

“We have a fantastic line-up of circuits to race at in 2022. We’re returning to several tracks that have delivered great action in the past, while also welcoming a new circuit that reinforces our sustainability efforts. Alongside the new RX2e EV category and our fossil-free initiative for older category cars, we have a place for all drivers, sponsors and partners which is reflective of their own sustainability goals. We’re aiming to become the first global motorsport series to become one hundred per cent fossil-free as a whole event which is our next ambitious goal.”

Jan-Erik Steen, CEO of RallyX promoter, RX Promotion added: “The unrivalled free-to-air coverage RallyX fans enjoyed in 2021 will be unwavering next season with the full season broadcast on YouTube while bringing innovative technologies and ideas to the table.

“I’m so proud of the work that this series continues to deliver year after year. The innovations in competition, sustainability and technology continue to push RallyX into the limelight and attract global stakeholders.”