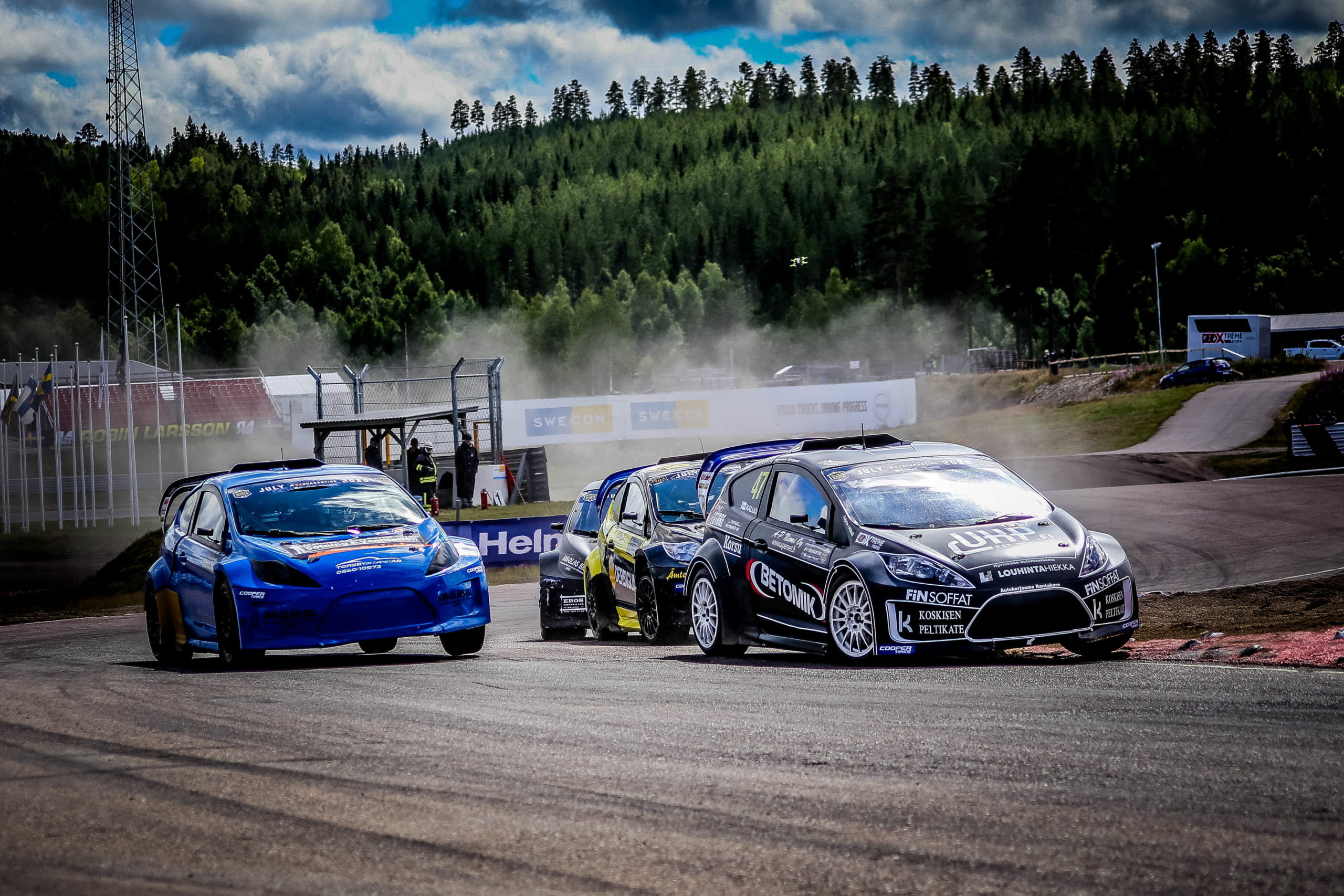 RallyX Nordic presented by Cooper Tires will debut a new, sustainably-produced, high-performing biofuel this season courtesy of an innovative partnership with P1 Racing Fuels, as the championship aims to lead the way in going 100% fossil-free by 2022.

With the global climate crisis the planet’s most pressing current issue and alternative technologies increasingly prevalent in motorsport, RallyX Nordic has been working hard to assess the best manner to care for the environment without compromising on either performance or spectacle.

In collaborating with market leader P1 – a company that has been liaising closely with championship organisers and world motorsport’s governing body, the FIA, to pioneer renewable fuels since 2018 – the series is once again raising the bar.

Following extensive development and thorough safety testing, the revolutionary P1 Racing BIO RACING 100% fuel has now been approved for use in all classes, and not only will it significantly reduce RallyX Nordic’s carbon footprint, but it will also lead to increased power – without costing any more than the current fossil fuel.

In a world-first for rallycross, this new P1 biofuel will be mandatory in the Supercar Lites category in 2021 – and optional in all others. In 2022, it will be compulsory across the board as RallyX Nordic aims to make all of its events completely fossil-free.

Jan-Erik Steen, CEO of RallyX Nordic Promoter, RX Promotion, said:
“At RallyX Nordic, we’ve always tried to stay ahead of the curve, and we are hugely proud to confirm the introduction of this sustainably-produced, high-performance biofuel in conjunction with P1 Racing Fuels. A huge amount of development and refinement has gone into getting this new fuel ready to race, and we are delighted that it can be rolled out in time for the start of the coming season.

“Whilst we have only made BIO RACING 100% mandatory in one class for the moment, we are very confident that the performance gains are such that all competitors will soon elect to use it. This is just the first step in a longer-term plan that will see all RallyX Nordic cars running on fossil-free biofuel and – ultimately – an entirely fossil-free paddock.”

Martin Popilka, Chief Executive Officer, P1 Racing Fuels, added:
“Here at P1, we are passionate about working towards a more sustainable future for motorsport and have been focussing for some time on developing a completely fossil-free racing fuel for use in competitive environments.

“There is a stigma around biofuels that they don’t perform as well as fossil fuels, but the data proves that is completely untrue. What we have produced for RallyX Nordic is the world’s first fully renewable fuel that doesn’t feature any fossil-based components, without having to make any sacrifices on the performance front – indeed, recent dyno testing has shown that BIO RACING 100% actually generates more power, making it a win-win for everybody.”

The forthcoming RallyX Nordic campaign will rev into life with a Danish double-header at Nysum on 1-2 May, before travelling to Sweden for another double-header at the iconic Höljes circuit on 13-16 May. A new double-header fixture follows at OuluZone, close to the Arctic Circle in Finland, on 5-6 June before the action concludes and titles are decided at Arvika in Sweden over the course of a high-stakes single-header weekend on 13-15 August.