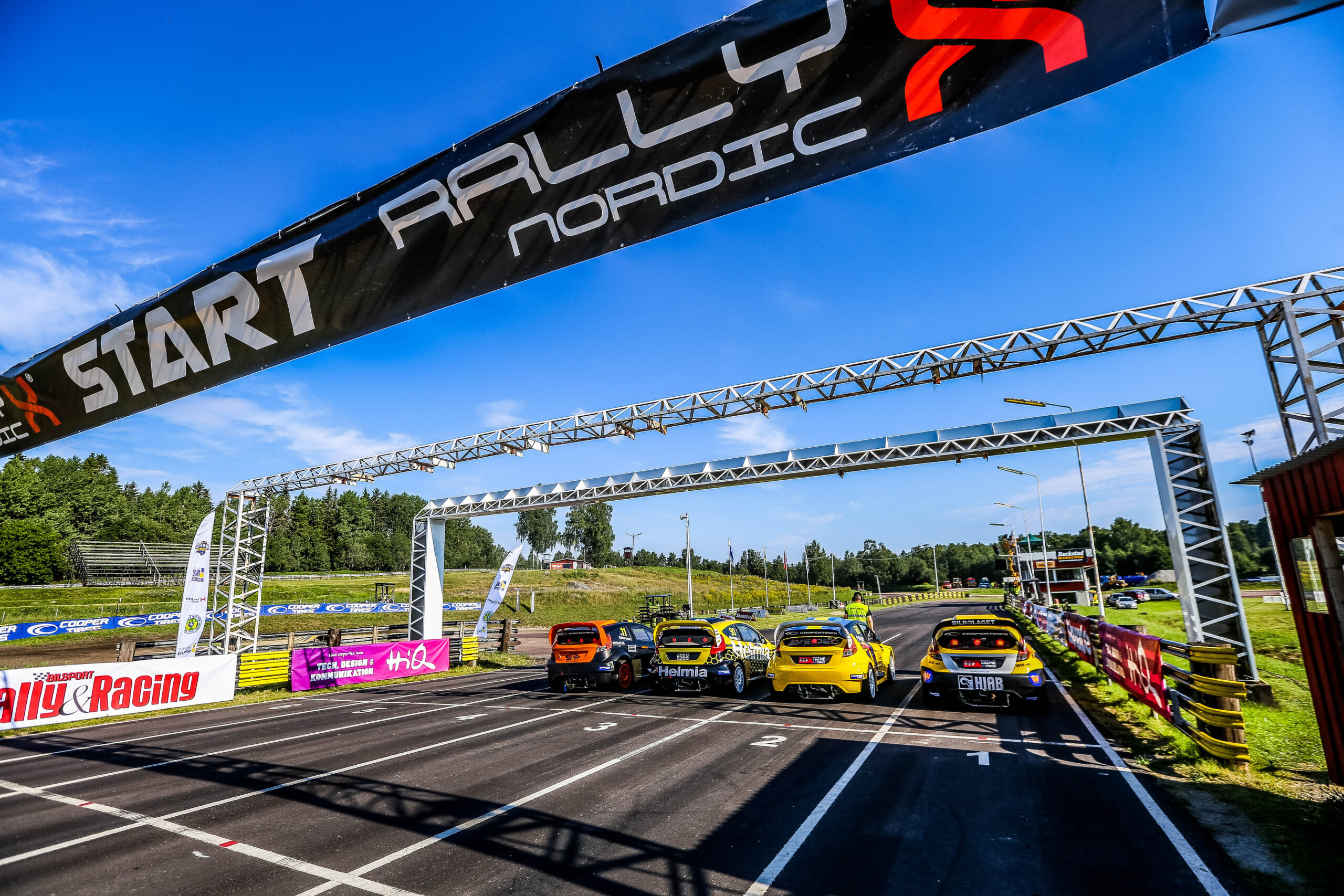 The 2021 RallyX Nordic presented by Cooper Tires Championship will reach its dramatic conclusion with a spectacular weekend of racing at Arvika, Sweden (August 13-15).

Fans will be welcomed back trackside for the first time this season with Round 7 set to produce some truly exhilarating action at the popular Värmland circuit (see ticket information HERE).

A hugely impressive entry list has been lodged prior to the final event of the campaign, with a high-class Supercar field and an unprecedented number of competitors expected in Supercar Lites and the fan-favourite Open 2WD class.

There is also a three-way tussle to decide the CrossCar/Crosskart title and a head-to-head battle in the CrossCar Junior category, meaning there is plenty for supporters to look forward to – both on site and via the live, free-to-air broadcast on RallyX TV.

Johan Kristoffersson heads into the final round of the season top of the Supercar standings and set to claim a maiden RallyX Nordic title in his Kristoffersson Motorsport-run VW Polo.

The three-time FIA World Rallycross Champion is 27 points clear of his nearest rival – fellow World RX ace Niclas Grönholm, who will not be competing at Arvika – and a further two ahead of EKS JC’s Sondre Evjen, with the Norwegian the only driver mathematically capable of denying Kristoffersson the title.

Meanwhile, fourth-placed Fraser McConnell will be looking to add to his first Supercar victory secured in the season-opener at Nysum but the Olsbergs MSE star is just one of several other potential race-winning contenders on the entry list.

Hedströms Motorsport are fielding a formidable squad at Arvika, with Anders Michalak and Peter Hedström joined by World RX regular Anton Marklund and Swede Dan Öberg – who recently stepped up to the top tier after impressing in RallyX Nordic and Euro RX last year. Elsewhere, Philip Gehrman will be behind the wheel of an Audi S1 for the first time and Kevin Eriksson is making a guest appearance for Olsbergs MSE in a Honda Civic.

Tommi Hallman holds an unassailable lead in Supercar Lites, having won four out of six events so far during his stunning debut season in the category. The Finn also claimed third in his other two appearances this term, and is all-but-certain to secure the title – notwithstanding any unforeseen dramas.

But that doesn’t dilute what promises to be a thrilling weekend of action, with series frontrunners Nils Andersson, Linus Östlund and Simon Olofsson set to go all-out for the minor honours in the overall standings.

They will be joined by the usual cast of Supercar Lites regulars, including the rapidly improving Isak Sjökvist and the impressively consistent pair of Martin Enlund and Martin Jonsson, while a host of new faces are hoping to make their mark at Arvika.

Mikael Ringström, Emil Persson, Tony Sormbroen and George Megennis are all entering the fray for the season finale while Lars Erik Haug is also on the grid alongside the returning Ida Törnhult, Grégory Fosse, Mats Oskarsson and Nathalie Petersson.

The CrossCar/Crosskart championship battle is on a knife-edge heading to Arvika, with Patrik Hallberg, Isak Reiersen and Jimmie Österberg level on points after each driver’s worst scores are dropped.

The trio have set the pace throughout the campaign and are now preparing for a winner-takes-all shootout at the final round of the season.

The title fight is almost as close in CrossCar Junior, with Lukas Andersson holding a slim five-point advantage over reigning champion Alex Gustafsson, while Simon Tiger is the overwhelming favourite to claim Open 2WD honours.

The Swede is 29 points clear of Mathias Jansson but faces his toughest test of the campaign so far with a staggering 20 entries lodged for the season finale – including series returnee Mats Öhman – aided in part by the Swedish National Championship concurrently running at Arvika alongside the RallyX Nordic programme.

The high-octane action across all five classes will be broadcast live, free and in high-definition at tv.rallyx.se, with the racing set to get underway on Friday, 13 August and concluding on Sunday, 15 August.