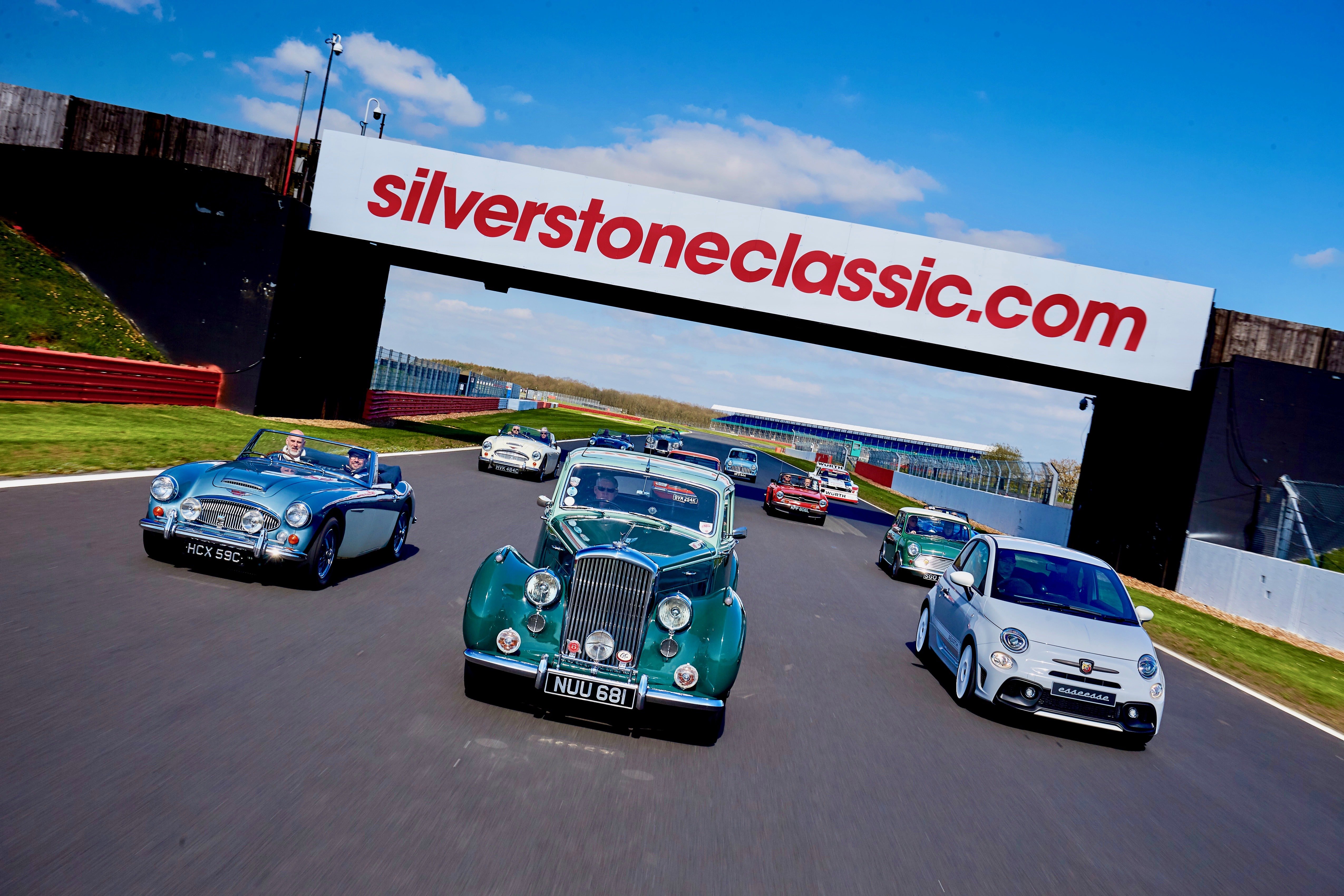 A new record number of hugely passionate car clubs have registered to join the massive crowd-pleasing showcase of timeless makes and models at this summer’s Silverstone Classic (26-28 July).

Last year’s unprecedented turn-out of 128 clubs has already been blitzed with, to date, 136 clubs registered to display at the event, enabling members to take advantage of the special packages on offer and forming an integral part of the world’s biggest retro-racing festival.

Members of these registered clubs – a simple online process open until the end of this month (May) – are offered a fantastic advance ticket package which not only includes two adult general admission event tickets but also an infield vehicle display pass which allows those arriving in classic cars to park on their club’s allocated stand and feature in the spectacular infield show.

In recent summers, more than 10,000 privately-owned classics have been exhibited right at the heart of the three-day extravaganza, providing 100,000 visitors with an incredible showcase of much-loved motoring history… a number that is now likely to be topped in July.

Car club display packages for Saturday-only have already completely sold-out well in advance of the 31 May deadline – a limit on each ticket-type is required due to the complex logistics involved in accommodating so many car clubs in the available space over the full festival weekend – but a restricted number of Friday, Sunday and weekend (both two- and three-day) packages remain on sale, subject to availability, up until the 31 May deadline.

With such a huge turn-out, it is no surprise that the record total of registered clubs ensures all the hallowed marques are again well represented. Aston Martin, BMW, Ferrari, Jaguar, Lamborghini, Lotus, Morgan, Porsche and Triumph are all well represented and this year they are joined by a number of new recruits. One of these significant newcomers is Vintage Racing Ouest Motorsport – its members are bringing a collection of around 20 eye-catching automobiles from France.

Capri and Mini clubs are also notable additions as they mark their respective model’s 50thand 60thanniversaries in impressive style at the Classic with special celebration packages also available only until the end of the month. Further underlining the festival’s international appeal, one Capri is being driven all the way from Warsaw.

As well as celebrating major Capri and Mini milestones, this year’s Classic will also celebrate the centenary of Bentley. Abarth, too, has big plans to honour its 70th in July.

Many of those clubs attending not only take advantage of the special display packages on offer but also may be invited to pay doting homage to key marque and model milestones with dedicated anniversary track parades. In recent years, over the weekend of the Classic, the famous Silverstone Grand Prix circuit has staged record processions featuring evocative E-type Jaguars, fabulous Ferrari F40s, pacey Porsche 911s, jaw-dropping Jaguar XJ220s, and magnificent McLaren supercars.

In total, more than 40 special track parades have been squeezed into breaks between the packed programme of retro races. The remarkable roster includes such stand-outs as the Austin Healey 3000, BMW Z1, De Tomaso, Fiat Coupe, Honda S2000, Mazda MX-5, Middlebridge Scimitar and Triumph TR6. The full list of this year’s anniversary track parades can be found on the silverstoneclassic.com website.

While car club packages are only available until the end of May, visitors wishing to experience all the amazing attractions on offer at the world’s biggest classic motor racing festival have until midnight on Thursday 25 July to buy their tickets.

Adult general admission starts at £45 and all tickets will provide access to both Silverstone racing paddocks, all open trackside grandstands, live music concerts which this summer mark the 50th anniversary of Woodstock on both Friday and Saturday evenings, air shows, Drive Live test drives, funfair rides and the vast majority of the family entertainment on offer.

A wide range of child, young adult and family tickets are also available, along with camping and hospitality options. Full details of all 2019 ticket prices are detailed on the silverstoneclassic.comwebsite.