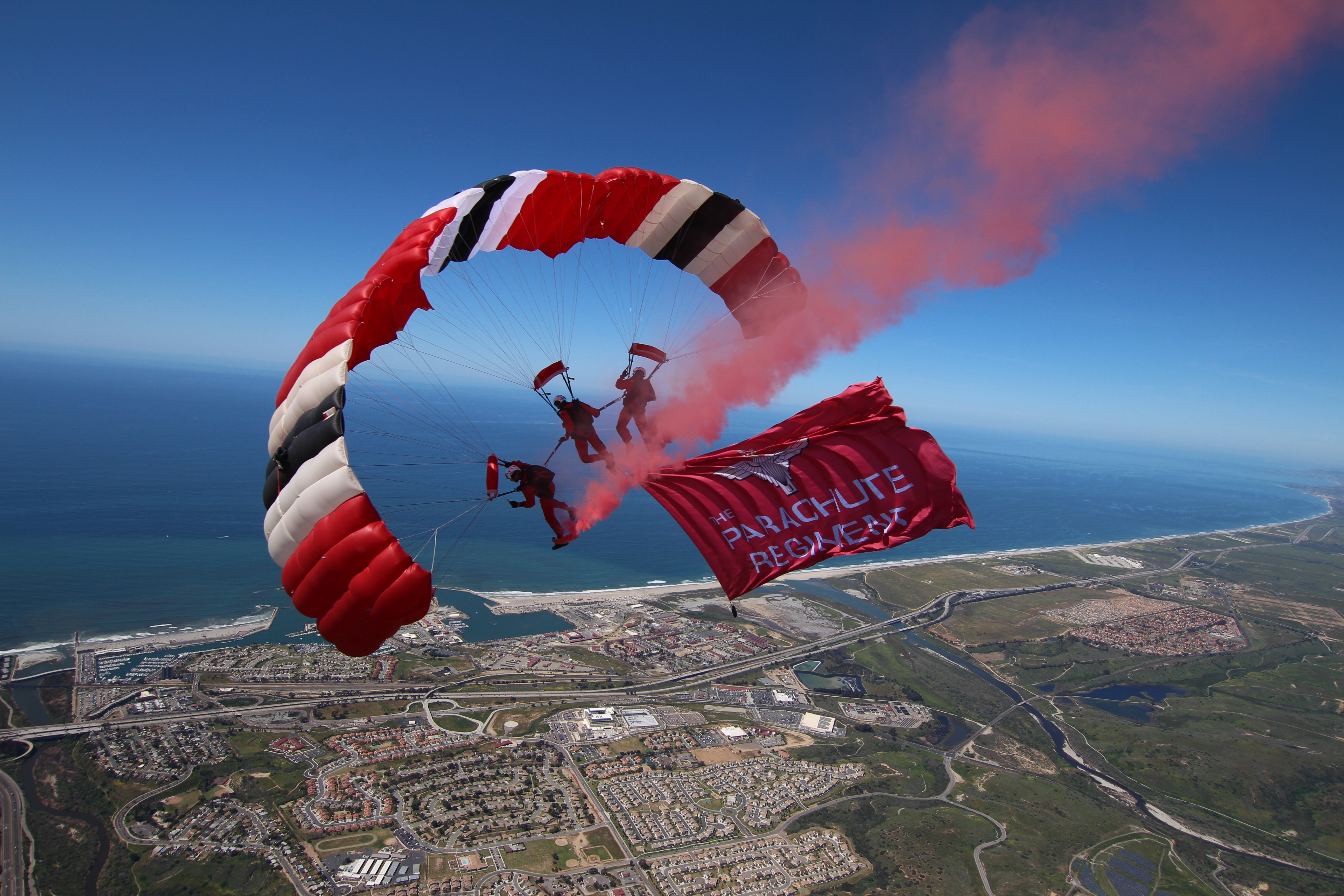 World-famous British Army parachute display team the Red Devils will take to the skies over Thruxton on Sunday, 3 June, with their adrenaline-fuelled aerial choreography set to thrill fans at the popular Hampshire circuit’s 50th Anniversary Celebration.

Formed back in 1964, the Red Devils have been the official parachute display team of the British Army and the Parachute Regiment since 1979. Remaining ever-faithful to its ‘Ready For Anything’ motto, it is a non-profit organisation whose purpose is to recruit for the British Army and support its charities by raising funds and profile through awe-inspiring public displays.

All recruits are full-time serving paratroopers and as such, can be called back to Regimental Duty at any time. During the winter off-season, team members complete mandatory military training and career courses to ensure their green army skillset can always be relied upon.

The team is currently composed of 14 professional skydivers, who have conducted air shows and tandem parachute descents as far afield as America, Bahrain and at poignant Regimental memorial events such as Arnhem in the Netherlands. Thruxton Group Managing Director Bill Coombs says spectators attending the 50th Anniversary Celebration will be in for a real treat.

“We already have a fabulous line-up of on and off-track entertainment planned for our milestone anniversary weekend, but to now secure the Red Devils as part of the high-octane bill will add another dimension to an event that truly does have something for everyone,” he enthused.

“The skill and courage of these paratroopers is quite extraordinary, and we have no doubt that they will wow the crowds as they perform their spectacular routine above Thruxton’s sweeping curves on the Sunday. As an active airfield, it is almost a ‘home-from-home’ for them and we are sure they will put on an extra-special show to celebrate our landmark year in style.”

The first motorsport event to be held at Thruxton in its current guise was in March, 1968 and half-a-century on, a whole host of single-seaters, sportscars and saloons from the last five decades will hit the track for a spirited sprint down memory lane at the circuit’s 50th Anniversary Celebration on 2/3 June.

The weekend will feature 15 races, high-speed demonstrations from Williams’ 1983 FW08C amongst other iconic racing cars and bikes and a static display of Nigel Mansell’s all-conquering, title-winning Williams FW14B. There will notably also be high-profile appearances from 1992 Formula 1 World Champion Mansell and legendary motorsport commentator Murray Walker, who together will officially open The Thruxton Centre, the venue’s new, £2 million state-of-the-art hospitality facility.

In addition to the Red Devils, off-track activities will include car club reunions, a funfair, live music, overnight camping and a fireworks display in evidence of the festival’s family-friendly appeal.

Advance tickets for Thruxton’s 50th Anniversary Celebration on 2/3 June are available from just £12 for Saturday entry and £15 for Sunday – or £24 for both days. Sunday grandstand seats are an additional £5. Accompanied children aged 15 and under will be admitted free of charge.

For further information or to buy tickets, see https://thruxtonracing.co.uk/racing/50th-anniversary or call 01264 882200 and select Option 1.