Redemption day for Veloce Racing: Chadwick and Sarrazin back in business to claim second place at Ocean X Prix

By Emma Illman30th May 2021Uncategorised 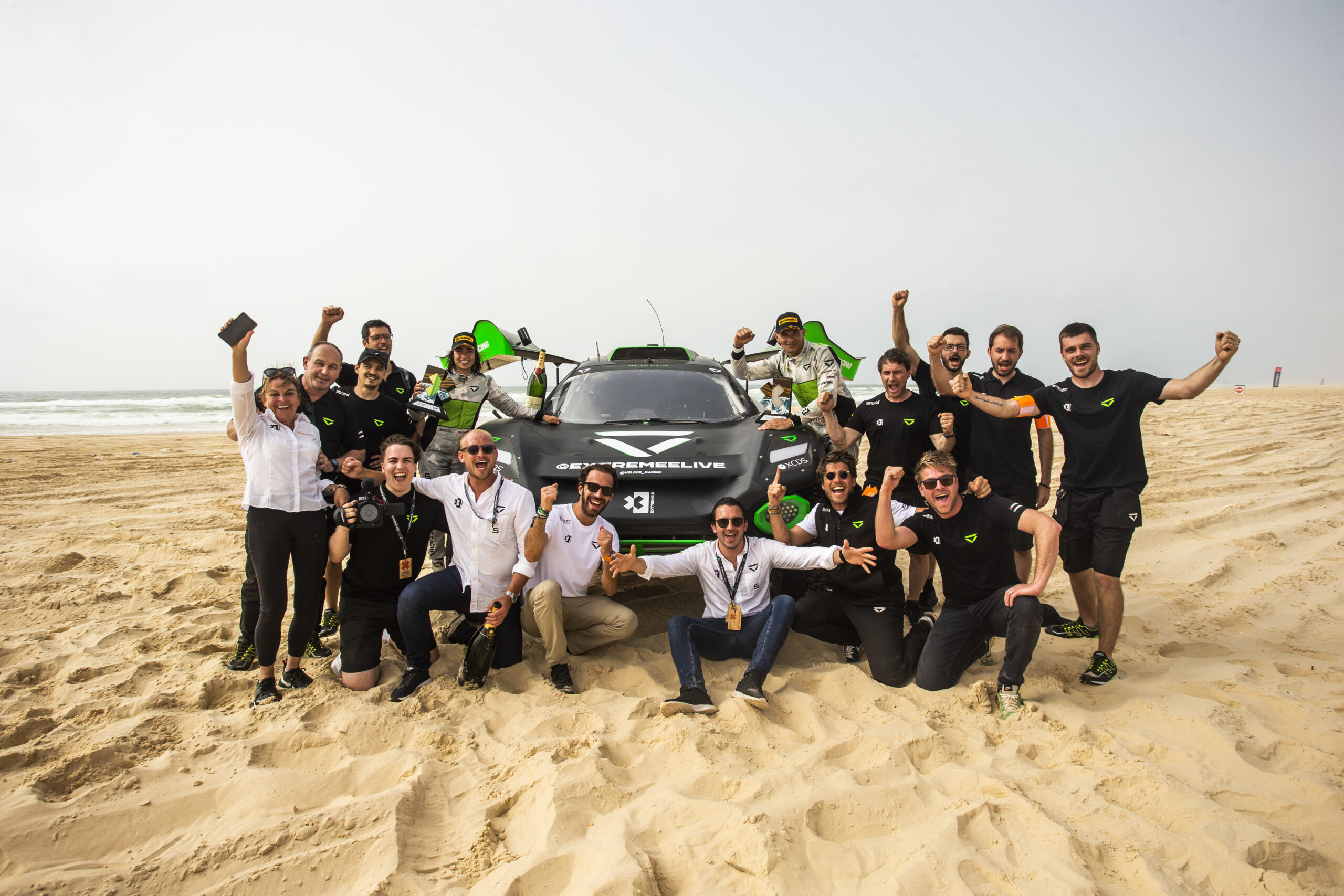 It was a story of redemption for Veloce Racing at the Ocean X Prix (29/30 May) as the sensational pairing of Jamie Chadwick and Stéphane Sarrazin came home to finish second overall, re-igniting their championship challenge in fine fashion.

With the heartbreak of the Saudi Arabian season-opener still fresh in everyone’s minds, the team set out a strategy coming into the weekend: build confidence session by session, get faster as the weekend unfolded, and put as many points on the board as possible. The plan was executed to perfection. As other teams fell by the wayside, Veloce climbed up the order and brought home their maiden podium in the series.

Team Manager, Ian Davies labelled the qualifying stages as ‘a war of attrition’, and that it most certainly was. Whilst other teams battled mechanical issues, Chadwick and Sarrazin were clocking up mileage in the car and setting consistent lap times. A fifth place in the overnight standings, and a grid slot in Semi-Final 2 was the well-earned reward.

Then, on Sunday morning, it was time for the drivers to turn their attention to the racing. As 2019 W Series Champion and two-time Le Mans Series Champion, the Veloce drivers boast impeccable wheel-to-wheel skills, that not all drivers on the Extreme E grid possess.

They deployed their racecraft masterfully in Semi-Final 2 to fend off the advances of  XITE ENERGY RACING powered by myenergi duo Oliver Bennett and Christine Gutierrez. Chadwick defended her position from Bennett until the last, only conceding the position late in the lap as a result of a faulty pit limiter, just prior to a dive into the switch zone.

Now it was Sarrazin’s turn to go on the offensive. The Frenchman, overhauled a two-second deficit – all the while battling the pit limiter problem – closing the gap to under half a second before the challenging ‘Moguls’ section of the course.

Sarrazin produced a sensational switchback manoeuvre to artfully pull alongside his opponent, as the pairing ran side by side between the 24th and 25th course markers. With that, he emerged the eventual winner of the tussle and went on to finish second, securing Veloce’s place in the all-important final.

Clearly a hit with both audiences and their fellow Extreme E teams, Veloce Racing – with a little help from the other drivers, who could gift their votes if they weren’t in the final – came out on top in the series’ fan voting platform, GridPlay. This enabled the team to select their optimum grid position for the grand final which they determined to be the third slot.

From there, Sarrazin made a good getaway but was eventually squeezed out at the first gate. As he refocussed and set his sights on hunting down the pack, the JBXE car ran into trouble and retired at Turn One with just three wheels in working order. X44 meanwhile came to blows with Rosberg X Racing with the former also pulling off to the side of the course.

That left Sarrazin to hunt down Molly Taylor, which he did in due course. Catching the Australian was one thing, but passing her was another. Try as he might, he was unable to replicate his fantastic Semi-Final overtake and headed for the switch zone.

As the drivers prepared to swap positions, a red flag halted proceedings as the stricken X44 and JBXE cars were recovered. That meant a restart from their original grid positions for Chadwick and Johan Kristoffersson. The 23-year-old held her own in the ensuing drag race down to the first gate, but as the course tightened, light contact was made and Chadwick was forced to back out of the fight.

From then on, she kept Kristoffersson in check but brought the car home in second place to secure a substantial haul of points and the team’s first-ever podium.

Veloce Racing bounced back from their disastrous start to the season with a strong showing in Senegal, the team walks away from the Ocean X Prix with their heads held high and plenty to build on in the remaining rounds.

Jamie Chadwick, Driver, Veloce Racing, commented: “Honestly I’ve just really enjoyed the weekend. We came here with a bit of a plan, we needed the track time, the car wasn’t where we needed it to be at the beginning and I think we lacked a bit of seat time so our pace wasn’t quickest outright, so we just focussed on our plan.

“This is very different to driving single-seaters and I’m constantly learning and I can’t really underestimate that but I think everyone is, it’s new for everyone. I’m really enjoying the challenge and I think the coolest thing for me this weekend was I nearly had the chance to be racing wheel to wheel with the likes of Sébastien Loeb and Johan Kristoffersson. I’d never have imagined that was going to happen!

“I think Extreme E’s such a crazy crazy championship that to take P2 with the alternate strategy was great. A massive, massive thanks to the team, I’m so grateful we’ve managed to get through the weekend and get a podium.

“Over the next three months we will be pushing hard to train, and Greenland will present a new challenge. I want to be able to jump in and be quick.”

Stéphane Sarrazin, Driver, Veloce Racing, said: “This weekend the plan was to really not make any mistakes. We’ve improved the set-up of the car run-by-run and we need mileage, we need to learn the car, and the team do also. We are happy, it’s just amazing.”

“To improve during the weekend we had to look at the various lines and improve the car and in the end we found a really good line. This stage was really good as we found a different line to overtake.”

Rupert Svendsen-Cook, Team Principal, Veloce Racing, added: “After Saudi, the team has moved mountains to get back on the grid for Senegal and be able to achieve such a result. The car rebuild only took place last week in Dakar itself and from there on in we’ve done a clinical job to follow through on our plan, which after learning the harsh lessons from our debut, was to finish the weekend whilst increasing exposure to risk with every session.

“This podium really is a team result, everyone at Veloce deserves to enjoy the taste of the podium but we still have a lot of work to do to ensure we build upon this incredibly special moment! Viva Veloce!”