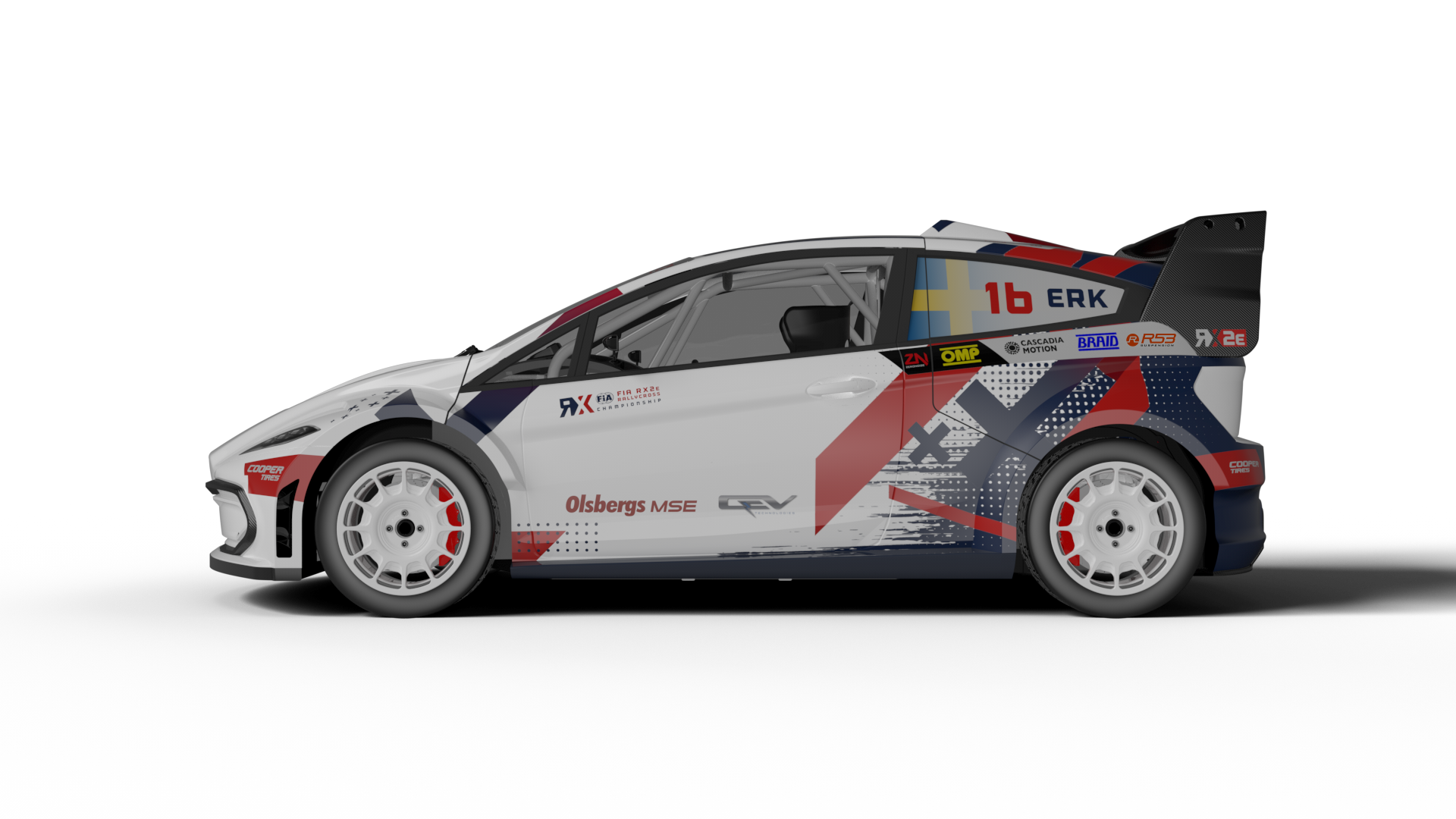 Driver registration is officially open for the 2021 FIA RX2e Championship, with competitors encouraged to signal their interest quickly as excitement builds around the first-ever FIA electric rallycross championship.

RX2e is set to electrify the international rallycross landscape in 2021, as it joins the undercard to the high-profile FIA World Rallycross Championship at six major European events – Spa-Francorchamps in Belgium (22/23 May), Hell in Norway (12/13 June), Höljes in Sweden (3/4 July), Barcelona-Catalunya in Spain (24/25 July), the Nürburgring in Germany (31 July / 1 August) and Lohéac in France (4/5 September).

Jointly developed by Spanish electro-mobility specialist QEV Technologies and Swedish rallycross powerhouse Olsbergs MSE, the bespoke, lightweight, four wheel-drive RX2e car is built around a spaceframe chassis and incorporates two independent powertrains alongside a 32kWh battery, with the motor generating up to 250kW (335bhp) of power and 460Nm torque. As an overall rpm range average value, this represents respectively a 24% and 14% increase over the existing Supercar Lites car, narrowing the gap to rallycross’ headlining Supercar class.

What’s more, the emphasis will be placed firmly on ability behind the wheel as – in a first for rallycross – drivers will have three key parameters to play with before and between races, injecting an extra element of skill into the equation.

From inside the cockpit, competitors will be able to manually adjust the amount of torque produced by the front and rear motors, the total torque deployed by all four wheels during the launch and the degree of regenerative braking on the front and rear axles.

The car has been tested and refined extensively in recent months by two-time RX2 International Series title-winner and reigning RallyX Nordic Champion Oliver Eriksson, as well as namesake and FIA World RX event-winner Sebastian Eriksson. The former has high hopes for the pioneering new championship.

“It’s like an electric rollercoaster – you step on the throttle, and the car simply takes off and then keeps on accelerating,” enthused Eriksson, RX2e’s official test-driver and ambassador. “That’s the advantage of electric, and it’s all about learning how to handle and harness that power.

“As a driver, that’s really exciting and it will generate very close, competitive racing. The great thing about RX2e is that it will be entirely new for everybody – nobody will go into it with a prior advantage. That means that ultimately, it will be the driver that makes the difference, not the size of somebody’s wallet. I genuinely believe it will be the most talented and hardest-working driver that wins the championship.”

Cars will be allocated on a first come, first served basis, with full-season registration set to close five weeks ahead of the first event. Round-by-round registration will open on 5 April and will similarly close five weeks before each race weekend. Once this process has been successfully completed, entries must be formally registered with the FIA.

The initial registration form – as well as the official Championship Manual and accompanying Appendices – can be found in the ‘Regulations’ and ‘How to Register’ sections of the new FIA RX2e Championship website: fia-rx2e.com