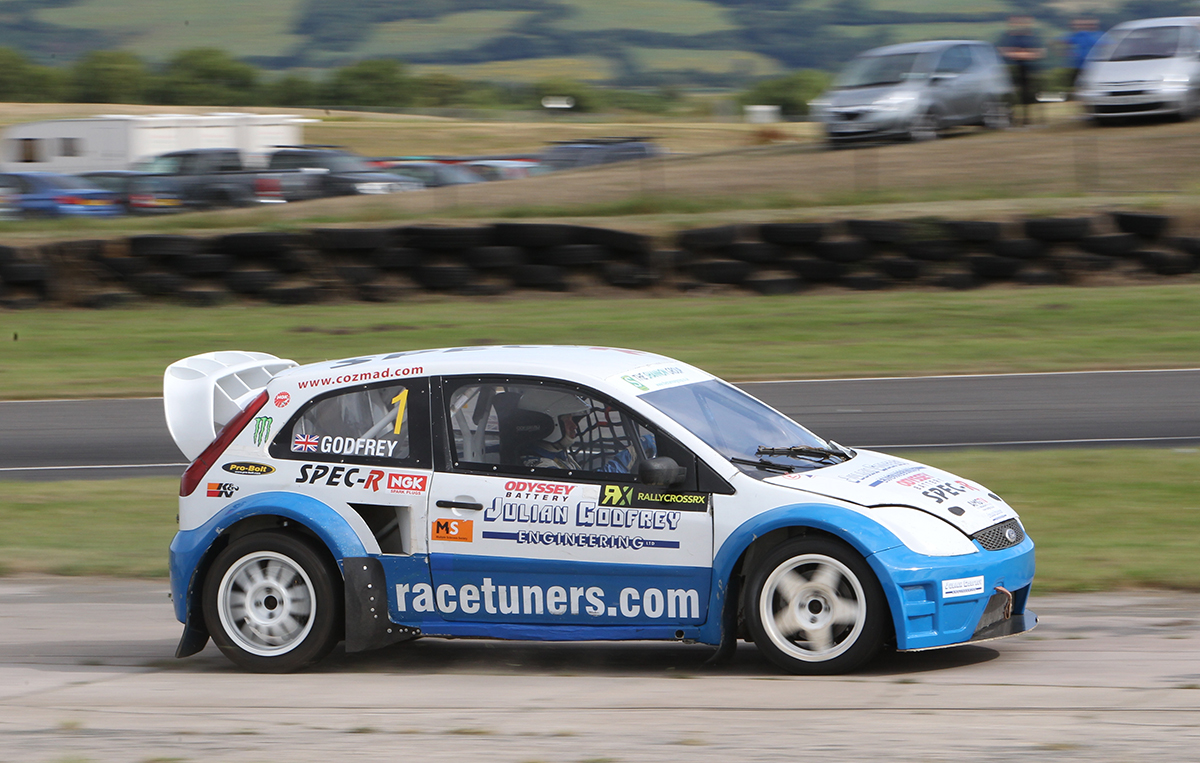 The 2015 MSA British Rallycross Championship is gearing up for a spectacular season of entertainment, with big-hitting drivers, flame-spitting cars, a bumper entry list, top-level TV coverage and a new look all promising to add up to an unforgettable year.

Coming off the back of a 2014 campaign that witnessed increased spectator numbers and now under new stewardship – with the British Automobile Racing Club (BARC) and Lydden Hill Motor Club (LHMC) assuming joint responsibility for the operation of the series – the rebranded British Rallycross Championship is speeding towards a bright future indeed.

An eight-round calendar awaits participants – beginning at Croft in North Yorkshire on 15 March, before travelling to Lydden Hill in Kent, Wales’ premier motor sport venue Pembrey, Mondello Park in Ireland for a mid-summer double-header, back to Pembrey and Lydden and concluding at Croft on 10 October, the day before the blue riband MSA British Rallycross Grand Prix.

The headlining MSA Supercar class is shaping up to welcome its toughest field in years, with as many as 20 entries anticipated, including star names such as reigning champion Julian Godfrey, last season’s second and third-placed finishers Steve Harris and Steve Hill, former title-winner Ollie O’Donovan, Simon Horton, Andy Grant and Grand Prix hero Kevin Procter. In an intriguing twist, British and European Rallycross legend Pat Doran will return to the competitive fray full-time alongside Harris in a Citroën DS3.

An exciting recent addition to the list is Albatec Racing, with Andy Scott planning to run a brace of ex-World Rallycross Peugeot 208s for himself and veteran team-mate Mark Flaherty, who will climb behind the wheel of the car raced on the international stage last year by 1997 Formula 1 World Champion Jacques Villeneuve.

The cream of the 2014 crop similarly look primed to return to the grid in the two-wheel-drive MSA SuperNational category, with top three finishers Stuart Emery, Gary Dixon and Guy Corner set to be joined by Dave Bellerby and Alan Tapscott amongst others.

Hot Hatch king Craig Lomax is expected to enter the Super 1600 front-wheel-drive class, whilst Swift Sport has already proven to be immensely popular, attracting competitors of the ilk of 2014 title-winner Tristan Ovenden and his fiercest rivals Chris Mullen and Graham Rodemark.

Drew Bellerby, Jennie Hawkes and Sam Jones are tipped to be three of the leading lights in MSA Juniors – for 14-to-17-year-olds, all racing in identical Suzuki Swifts – with last year’s front-runners Marc Scott, James Grint and Kevin Feeney again appearing to be the likely lads in the RX150 Buggies.

Add into the heady mix the fast-and-frenetic, no holds-barred nature of the BMW MINI, Hot Hatch and Retro Rallycross categories – with all contests to be broadcast post-weekend on British Eurosport – and BARC General Manager Ian Watson reflects that there is plenty to look forward to.

“The MSA British Rallycross Championship is an exciting new challenge for us,” he said. “Rallycross as a discipline is very much in the ascendancy in the motor sport world, and we are keen to work closely with the MSA and other interested parties to leverage every available opportunity to interact with the burgeoning new World Championship and make our national series a real success story for years to come.

“If entries are anything to go by, we are already off to a flying start in 2015, with plenty of exhilarating high-octane action in store for competitors and fans alike. If you haven’t followed rallycross before, there’s never been a better time to tune in!”