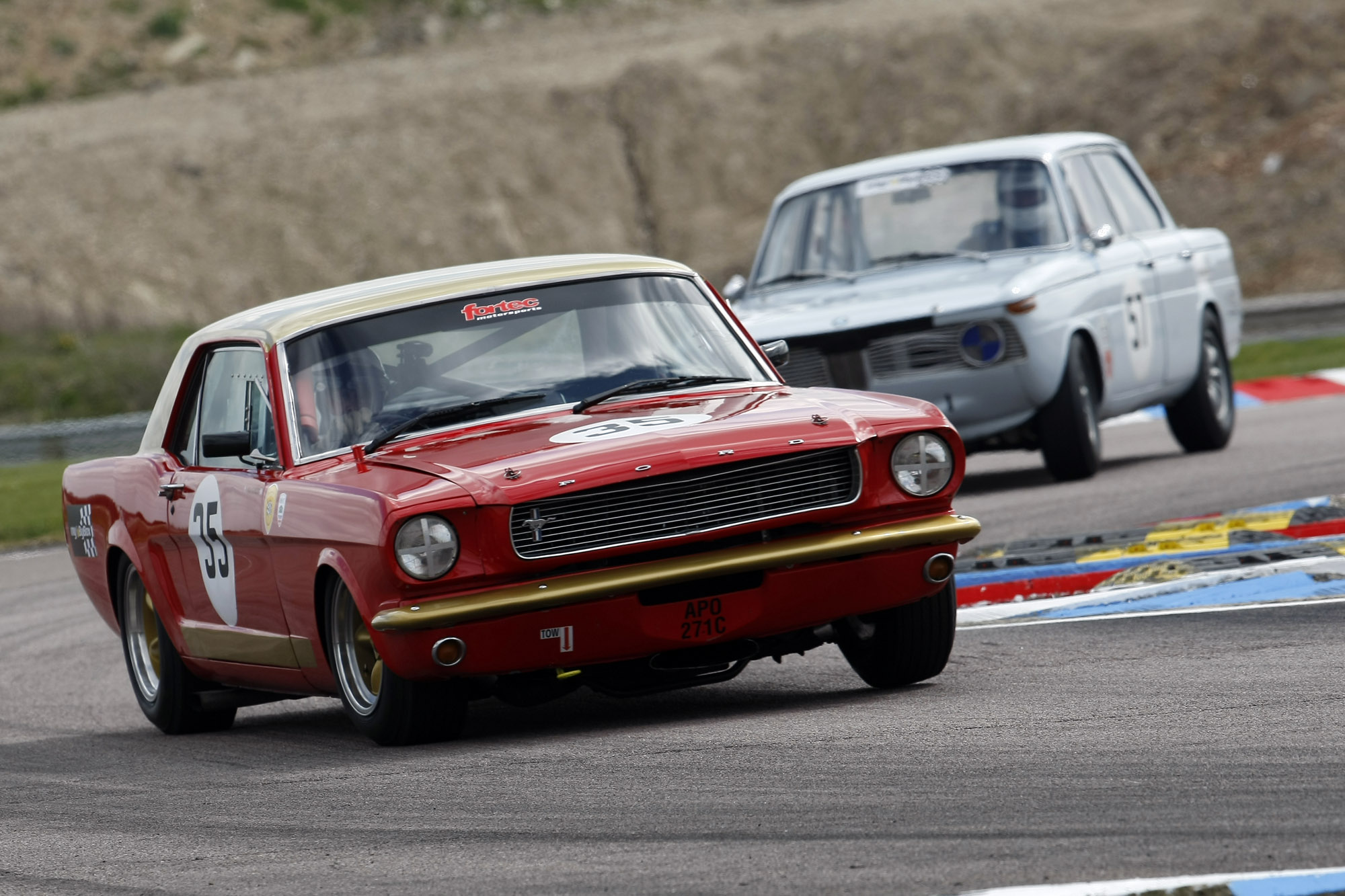 With less than three weeks to go, the third annual Thruxton Easter Revival race meeting (4/5 April) is revving up nicely, with more than 200 entries already confirmed and the mouthwatering prospect of no fewer than 17 wheel-to-wheel contests around the fastest circuit in Britain.

Building on the success of the last two years, the 2015 edition of Thruxton’s popular retro-flavoured festival of motor sport is shaping up to be the best yet. Under the expert organisation of the Historic Sports Car Club (HSCC), the Easter Revival celebrates the heritage of the high-speed Hampshire track, which has hosted racing on an ongoing basis since 1968.

On the high-octane bill are a breathtaking variety of sportscars, touring cars and single-seaters spanning four decades from 1959 to 1983. The grids are rapidly filling up, creating a very real possibility that some races will feature capacity fields of almost 40 entries.

The racing is set to be fast and furious, with a packed schedule including Historic Touring Cars, Classic Formula 3, Historic Formula Ford 1600 and 2000, Formula Junior, Guards Trophy for GT cars and the Derek Bell Trophy for powerful single-seaters.

The latter will welcome a feast of formidable Formula 5000 machinery, as a plethora of fearsome 5.0-litre, V8 behemoths from the 1960s and 1970s take on a pack of lighter and nimbler Formula 2 rivals in an intriguing scrap for supremacy. The duel will carry particular significance in 2015, as the Chevron marque celebrates its half-century.

One of the stars of the show will undoubtedly be a unique Chevron B37 originally raced by former grand prix winner Peter Gethin, and which took the chequered flag second at Thruxton in the hands of Bruce Allison in the 1977 Shellsport Group 8 Championship having averaged almost 120mph in qualifying. The car is now owned and raced by Neil Glover, a past winner of the Derek Bell Trophy.

Another blast from the past comes courtesy of ex-F1 and BTCC racer Ian Ashley – a Formula 5000 race-winner at Thruxton in 1974 and 1975 – in a Lola T300, while Easter Revival debutant Stefano Rossina adds a dash of cosmopolitan flair in an early-1970s Leda LT25, one of the last of the Len Terry designs. American James King – who competed in Formula Atlantic and Formula 3 in the UK 40 years ago – will return with his Formula 2 March 712.

The Guards GT grid includes the tantalising prospect of a TVR Griffith vs. AC Cobra duel – not to mention a gaggle of Jaguar E-Types, Lotus Elans, MGBs and Triumph TR4s – while last year, the pre-1966 Historic Touring Cars produced some thrilling on-track action.

This time around, iconic Ford Lotus Cortinas will face off against monster Mustangs and an anything-but-unassuming Ford Galaxie, while at the other end of the spectrum, marauding Minis and heroic Hillman Imps will aim to prove that size isn’t everything.

An ex-Martin Brundle Ralt RT3 will take to the track in Classic Formula 3 – with Chris Drake behind the wheel – and Thruxton favourite Tiff Needell, the erstwhile grand prix ace and Top Gear TV presenter, is ready to do battle in his Lotus 69 Historic Formula Ford 1600.

“It always feels like a long off-season without racing, and there’s no better way to banish those winter blues and get back on-track again than the Easter Revival,” enthused Thruxton Group Managing Director Bill Coombs. “We’ve had two superb editions already, and the appetite for historic motor sport right now is so great that we have no doubt the 2015 event will be the biggest and best yet.

“There are some spectacular cars on the entry list as we turn back the clock to a bygone era – and if the racing is even half as good as it was last year, spectators are in for a real treat!”

Qualifying will begin at 09:00 on Saturday, 4 April, with racing getting underway at 13:00. A more leisurely start on Sunday, 5 April sees qualifying at 10:45, followed by the races at 12:40. Advance tickets begin from just £10, and can be purchased at http://www.thruxtonracing.co.uk/racing/easter-revival or by calling 01264 882200 and selecting Option 1.