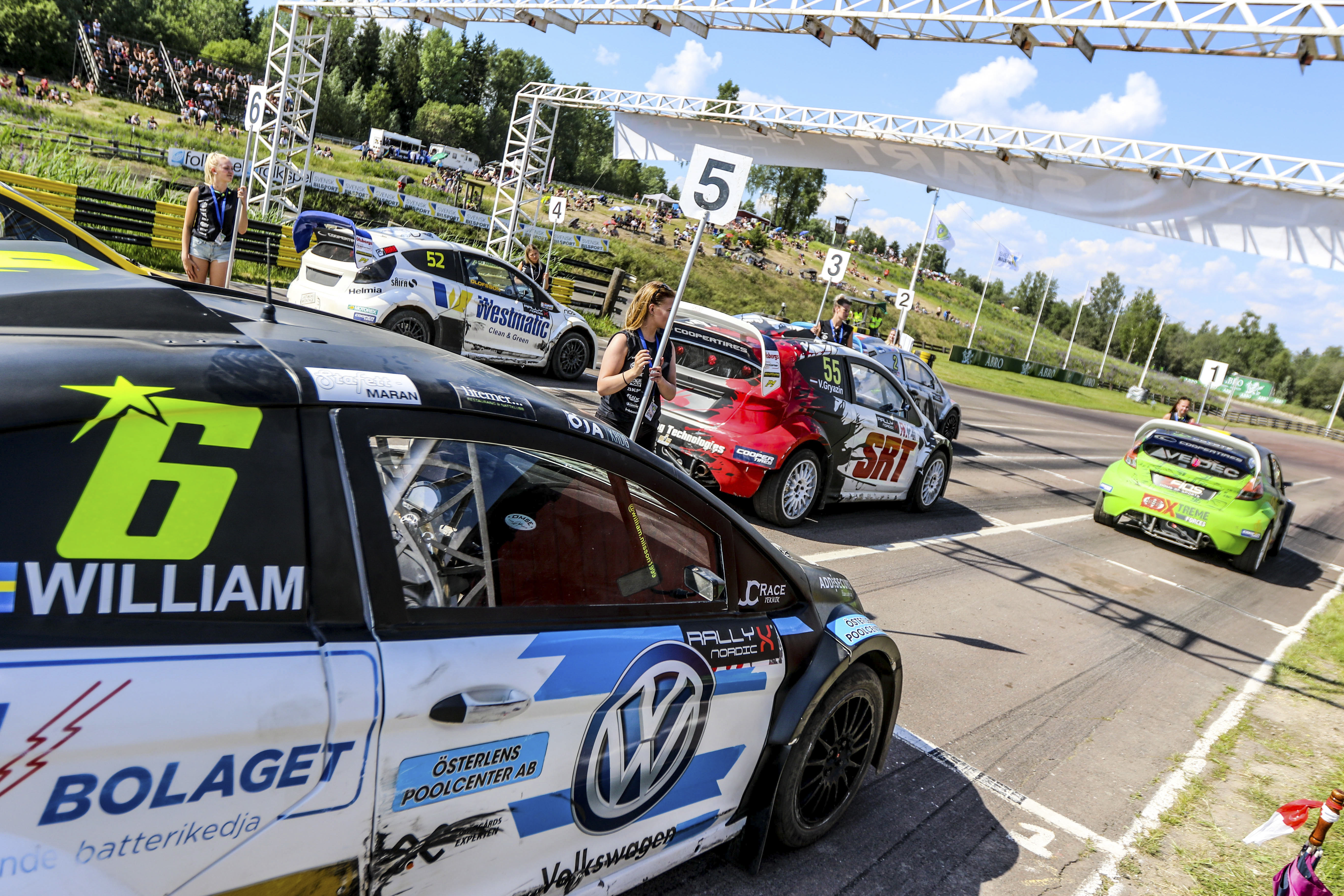 As the revised RallyX Nordic presented by Cooper Tires calendar was confirmed last week, MPA Creative is excited to continue the 2020 season with the series, following a successful opening event at Höljes.

With reports of fans watching in groups of up to ten people, the true number of viewers was likely significantly higher still, catapulting the Scandinavian series firmly into the sporting spotlight – and that success story is now set to continue.

After the original RallyX Nordic schedule was disrupted by the COVID-19 outbreak, alternative dates and venues needed to be sourced, which has resulted in a welcome return to the fray for Arvika.

The Värmland County circuit last hosted the series in 2018 and has always generated spectacular racing. It will rejoin the calendar for a single-header event next month – a weekend that will also comprise the Swedish Championship (SM) final across all classes – before competitors head across the border to Nysum four weeks later for an eagerly-anticipated Danish double-header.

All of the action will continue to be broadcast by NEP, whose Höljes production – characterised by cutting-edge drone footage and a state-of-the-art studio set-up – has been widely acclaimed for raising the bar in terms of live rallycross transmissions.

“We are delighted to be able to officially confirm the upcoming RallyX Nordic events,” affirmed Jan-Erik Steen, CEO of series promoter, RX Promotion. “It was immensely rewarding to witness the success of the ‘All-Star’ Magic Weekend at Höljes, from both a competitors’ and fans’ perspective, and that has truly given us the impetus to push on with the rest of the season.

“Arvika has long been a RallyX Nordic favourite, and it is great to be going back there again after a year away. With a willingness on both sides to make something happen, it did not take long to reach an agreement. Similarly, we are grateful to the organisers at Nysum for working so closely with us to fix an alternative date after government restrictions made the original one impossible.

“NEP set a new standard for live rallycross broadcasts at Höljes, and we look forward to seeing what they have in store for fans at Arvika and Nysum. In times like these, you need to think ‘outside-of-the-box’ and do things differently. That is what we did with the ‘All-Star’ Magic Weekend, and we look forward to building upon that momentum over the coming weeks and months. There is plenty more exciting news still to come – so watch this space!”