RIGA TO HOST LATVIAN ROUND OF WORLD RX FROM 2016 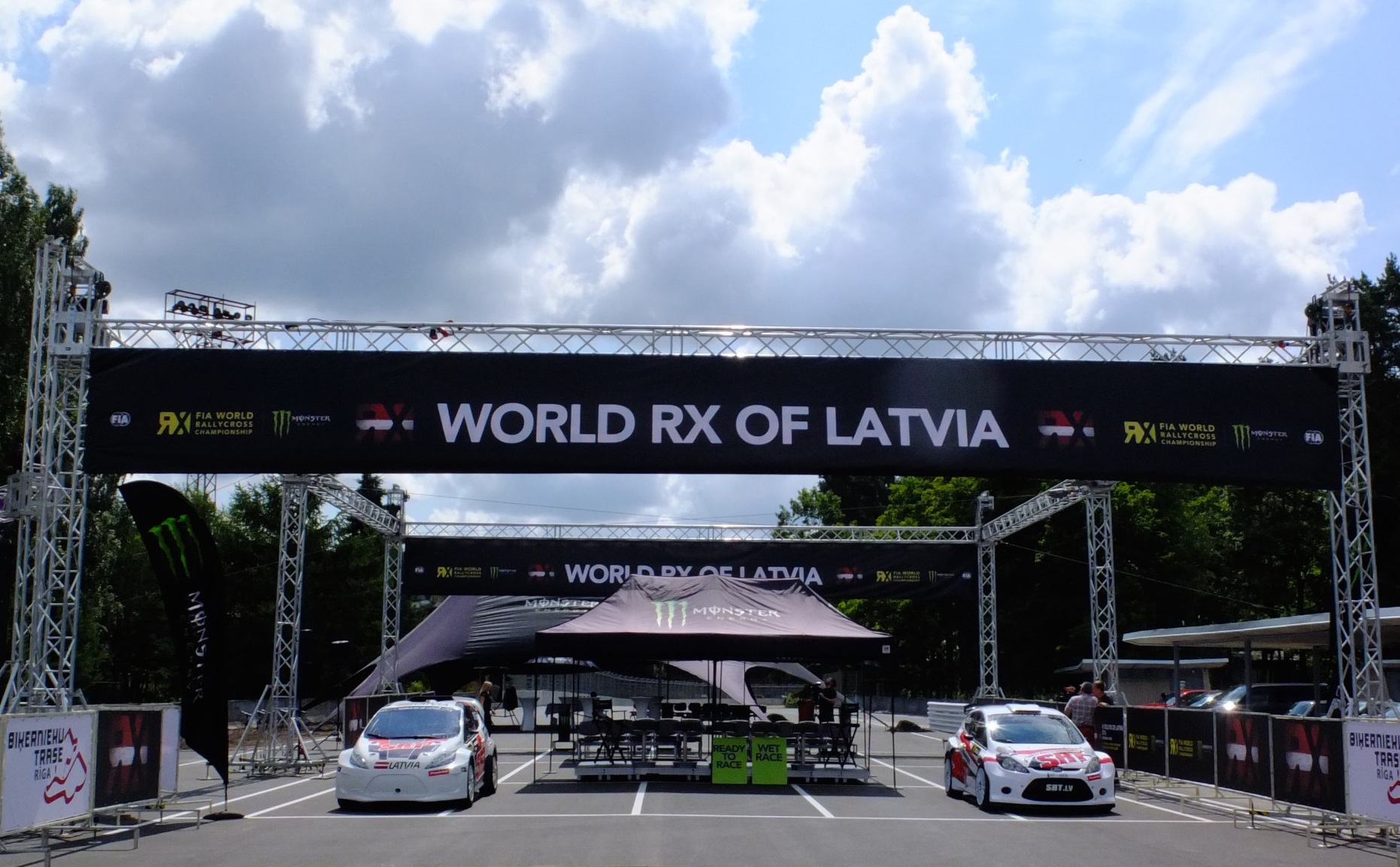 The FIA World Rallycross Championship presented by Monster Energy is delighted to announce that Riga, the capital city of Latvia, has been added to the World RX calendar from 2016 onwards. The announcement was made at a special press conference held in Riga today [Thursday 16 July] as it was revealed that the Bikernieki National Sports Base circuit is part of a new multi-year partnership with World RX.

Reigning World RX Champion Petter Solberg attended the press conference alongside Reinis Nitiss and World RX Managing Director Martin Anayi. With support from the Latvian Government and CSDD [Road Traffic Safety Directorate of the Ministry of Transport], work has already got underway at the Bikernieki circuit, which is based just 15 minutes from the centre of Riga and 30 minutes from the international airport.

Bikernieki, which was constructed in 1966, is the most multi-functional racetrack in the Baltic region and has accommodated various motorsport events over the years including drag racing, drift, karting and speedway. In preparation for the new Latvian RX round, a new state-of-the-art rallycross track will be built. The total length of the track is 1,295 metres (780 metres asphalt; 515 metres gravel). The Joker Lap is situated at the end of the circuit and the layout also includes three jumps.

RA EVENTS director Raimonds Strokss commented: “I am extremely proud that my team has been given the chance to be a pivotal part of World RX and to help promote the Championship to new heights. To bring a round of World RX to Latvia is spectacular news for us, especially at a time when the Championship is growing rapidly in terms of global recognition and when two of our drivers – Reinis Nitiss and Janis Baumanis – are doing so well in the standings. Above all, I want to express my deepest gratitude to the government of Latvia that has found the opportunity to financially back up this event.”

Latvia’s Transport Minister, Mr. Anrijs Matiss, added: “Rallycross brings a new challenge and opportunity for Bikernieki National Sports Base, Riga and Latvia. The Latvian Government has given the green light to this project. By supporting the building of a rallycross track, we acknowledge the fact that, similarly to 50 years ago, we have people who are fanatics, ready to go through fire and water to make this happen. IMG’s decision to add Bikernieki to their 2016 season calendar serves as proof of this. We promise to do our best to ensure that Riga will host a fantastic event with thrilling battles, and that Latvian drivers will do their best to show their pace on home soil for the very first time.”

Martin Anayi, World RX Managing Director for IMG, spoke positively about the addition of a new RX circuit in Latvia: “We are delighted to include the Bikernieki circuit to our calendar of events for 2016 onwards. RA Events, the Latvian Government and CSDD have worked incredibly hard to make this happen and the plans for next year’s Latvian World RX round are looking extremely promising. Reinis [Nitiss] is a household name in Latvia having won last year’s Norwegian RX race and Janis [Baumanis] is currently leading the Super1600 standings, so there’s certainly an appetite for our sport in the Baltic region. It’s also very fitting that next year will mark the 50th anniversary of the birth of the Bikernieki track – and what better way to celebrate the occasion than by bringing World RX to Riga.”