RM SOTHEBY’S AND SCUDERIA FERRARI TO STAGE ONLINE ONLY: ONCE IN A MILLENNIUM AUCTION OF EXCLUSIVE FERRARI 1000TH GP MEMORABILIA 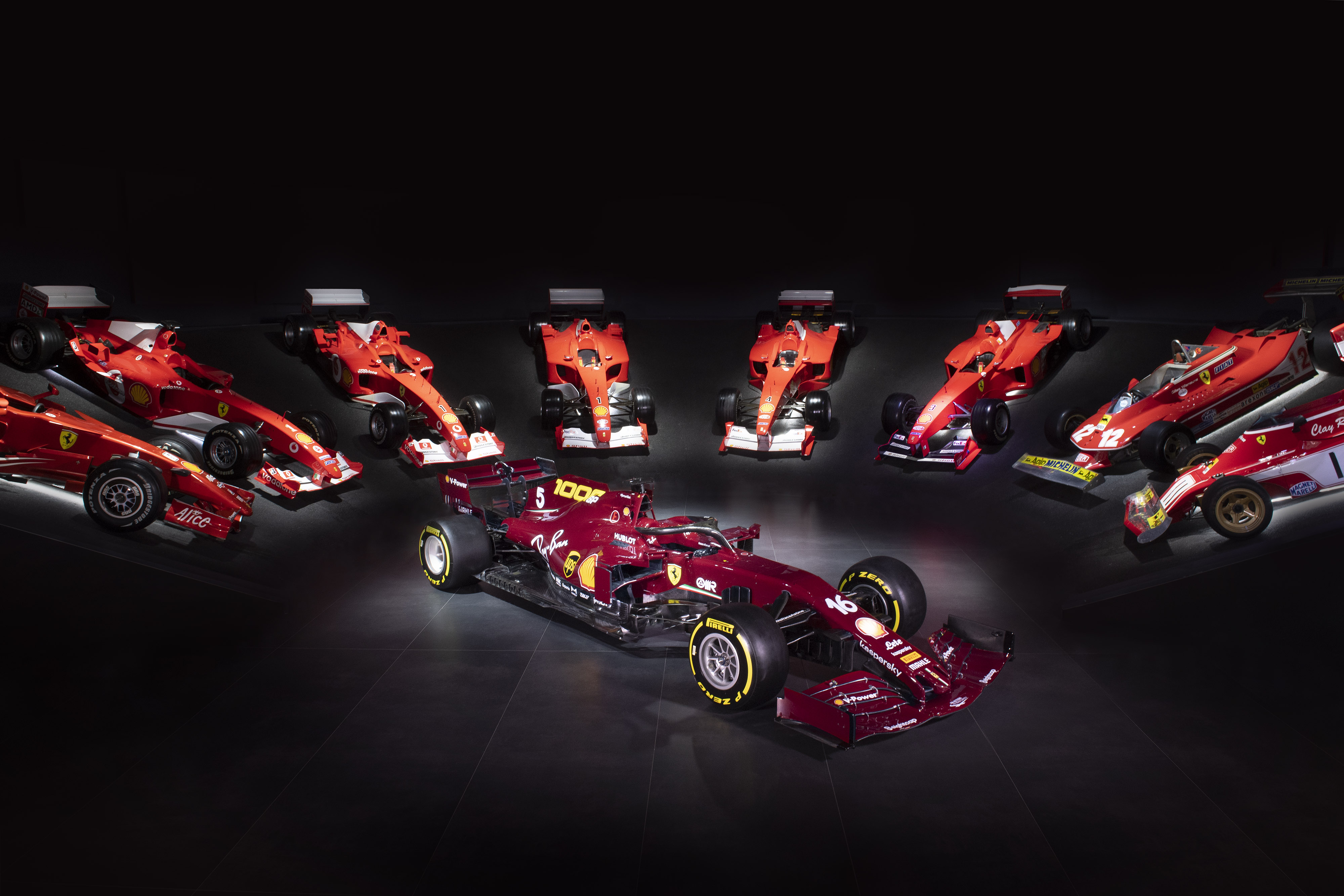 LONDON (01 December 2020) – RM Sotheby’s, in partnership with Ferrari, is pleased to present the unique Online Only: Once in a Millennium auction, offered entirely without reserve on rmsothebys.com. Held in celebration of Scuderia Ferrari’s milestone 1000th Grand Prix event, which took place in Mugello, Italy on 11-13 September of this year, the Online Only sale will offer 16 exclusive motorsport lots relating to the race and will, fittingly, be held to coincide with the season-ending 2020 FIA FORMULA 1 ETIHAD AIRWAYS ABU DHABI GRAND PRIX.

Bidding will open at 11am ET (5pm CET) on Monday, 7 December and run through to Monday, 14 December at 11am ET, the Online Only auction lineup is led by an item that is sure to capture the attention of all motorsport fans & historians, a unique SF1000 Formula 1 show car. The full-scale display car holds the unique distinction of wearing the burgundy livery designed specifically for Scuderia Ferrari’s 1000th GP event to commemorate the 125S, the very first racing car designed and produced in Maranello bearing the name of the company’s founder. Scuderia Ferrari raced its first World Championship Grand Prix in Monaco, on 21 May 1950, the second-ever Formula 1 WC event. The show car comes to auction signed by Scuderia Ferrari drivers Charles Leclerc & Sebastian Vettel.

The Once in a Millennium auction features additional signed memorabilia from the 1000th GP race, as well as exclusive Formula 1 and Ferrari experiences. Highlights include:

Maarten ten Holder, Head of Europe, RM Sotheby’s, says: “It is a privilege for our team to once again work with Ferrari to bring our clients another rare and exclusive offering following our Online Only charitable auction of one of the earliest Ferrari Romas to be delivered to North America in October. The lots in this motorsport auction offer Ferraristi and Formula 1 enthusiasts a chance to acquire their very own piece of motorsport and automotive history, or, in the case of the packages on offer, experience it for themselves first-hand.”

Mattia Binotto, Scuderia Ferrari Team Principal, says: “Scuderia Ferrari is unique in being the only team to have taken part in every season of the Formula 1 World Championship. This year it reached the historic milestone of competing in its one thousandth Grand Prix, which was held at the company’s home track of Mugello. For the occasion, the cars raced in a special livery, featuring the color used on the first Ferrari car built in Maranello. We chose to commemorate this event by producing two show cars, one of which will be auctioned through RM Sotheby’s, the other will remain with us at Ferrari. It is an amazing opportunity to acquire a piece of history relating to the most successful team in motor racing’s blue riband category.”

For further information on the Online Only sale, please visit www.rmsothebys.com.